Wimbledon 2018: How AI and chatbots are serving innovation 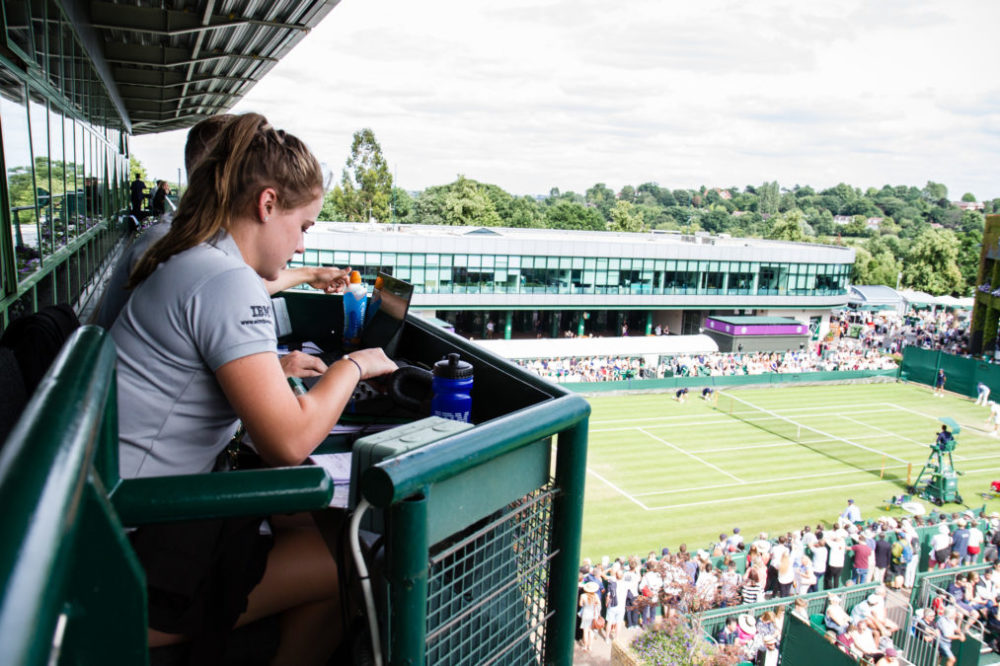 2018 marks the 150th anniversary of founding The All England Lawn Tennis & Croquet Club, with the first championship following in 1877.

Whether it’s the strict dress code for players or the customary strawberries and cream, this week, tradition looked alive and well as ever.

At the same time, Wimbledon has not shied away from the latest in cutting-edge technology.

This year, the club has continued its partnership with IBM, who is using data analytics and artificial intelligence to provide insights for the media, the players and their teams, as well as the fans.

IBM invited Information Age along, this week, to their “bunker’ at the stadium to learn all about the latest IBM technology that’s currently at play and Wimbledon 2018.

Underneath the stadium, the IBM team are processing and harnessing the power of vast sets of data to provide an immersive experience for fans.

Having started to adopt AI technology in 2015, this year, IBM is offering AI-powered automated video highlights. Using a range of technologies, including IBM Watson, the Wimbledon editorial team can scale and accelerate the video production process for highlight packages.

According to Sam Seddon, IBM’s client executive for Wimbledon: “It allows journalists more time away from tedious editing processes when trying to make a five-minute highlights video out of a two-hour game.”

One of the keys drivers behind the latest innovations at the championship this year stems from the debut of Wimbledon Broadcast Services (WBS) which has taken over from the BBC as the new broadcast operator of the All England Lawn Tennis Club.

#DYK that John Isner and Kevin Anderson are the tallest combination of Semifinalists in #Wimbledon history? 🎾#FindTheAdvantage #IBMsports pic.twitter.com/Dob1owzZxJ

It looks like this new partnership has brought with it agility to utilise more disruptive solutions like AR and VR providing new opportunities to consume content and enhance experiences.

Sendon added: This means the game and data we collect is more open, for example, the outside courts are now available for streaming.

This year, the level of data that fans can access is broader than it has ever been.

For example, IBM has redesigned their SlamTracker to provide alternative views to different types of fans, be it; general overviews, point by point commentary or more detailed analysis, fans now have an unprecedented level of analysis, insight and engagement as the match unfolds.

>See also: Chatbots for customer service in industrial IT

IBM has also developed an off-site chatbot which is delivered within Facebook Messenger. The Bot will allow fans to access tailored information on scores, news and players while driving engagement back to the official platforms.

According to Seddon: “The reason we made this is because we want to make sure Wimbledon’s content is going where the fans are, with increasing demography of young fans, this was a good route to take.”