Workday IPO wasn’t about the money 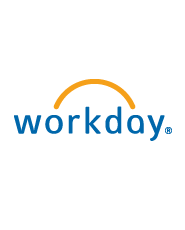 When Workday, the cloud-hosted HR and finance software provider, launched on the NYSE stock exchange in October last year, it raised $687 million. It was the second-largest technology IPO of the year, behind only Facebook’s mammoth float.

"We had an exciting IPO, that's for sure," says Workday's chief technology officer, Stan Swete.

Why was it so popular? Swete suggests that the recent dearth of enterprise IT IPOs means that there was untapped demand from investors. "It was a bit unique in that it was in the B2B space and not on the consumer side, so there might have been some pent-up demand for that."

At the same time, Swete says, Workday’s pedigree gives it a degree of respectability over the usual plucky start-ups. The company was founded in 2005 by David Duffield and Aneel Bhusri, CEO and chief scientist of ERP giant Peoplesoft, until it was acquired by Oracle.

"It was a couple of recognisable guys doing it again, which I think is a big part of Workday's story," says Swete, who was one of its first employees.

Add to that the stock market’s evident belief that cloud computing is the future of software, and Workday is now nearly $700 million better off. But this was never the real aim of the IPO, Swete claims.

"You're never going to believe me if I say it wasn't about the money," he says. "But truthfully, for Workday, the IPO was just a step in us progressing forward and validating the company as we continue to talk to larger and larger enterprises."

Swete says that what Workday offers these customers is the opportunity to streamline their complex HR processes. “Customers are looking for a way to simplify their implementation of HR [software] and make it more accessible to a wider set of employees," he says.

It does that by combining a library of predefined HR processes embedded in the software with the ability to configure – rather than customise – those processes to meet customers’ particular demands. "We deliver predefined business processes behind all of our applications, in addition to a framework that lets our customers configure those [processes].”

Importantly, the configurations to the application persist even as Workday delivers upgrades and innovations.

"It's very hard for organisations to change their software as their business changes," Swete says. "It's  also difficult for companies to change software while continuously embracing innovation. I think that Workday's model of delivering regular updates really drives value against both those problems."

In November, the company published its first financial report as a public company. Revenue for the three months ending 31 October 2012 was $73 million, up 99% from the same quarter of the previous year.

For a cloud company, which has to deliver the hosted service without upfront licence payments, that kind of growth comes at a cost. Workday made a net loss of $41 million during the quarter.

This was to be expected. Indeed, Workday had warned potential investors in its pre-float documentation that "we have a history of cumulative losses and we do not expect to be profitable for the foreseeable future. We cannot assure you that we will achieve profitability in the future, nor that, if we do become profitable, we will sustain profitability.”

A similar story is unfolding at cloud pioneer Salesforce.com. More than ten years since it was launched, the hosted CRM company is still growing at more than 30% per quarter. And yet, in its last financial period, it posted a $220 million loss.

As both companies’ rising share prices show, investors do not mind this kind of loss as long as sales keep growing. Salesforce.com has kept the growth coming by moving into the marketing software space, as yet relatively untapped by the ERP providers. Workday’s principal sideline is financial software, a market that may prove harder to penetrate.

Still, the company now has plenty of money to invest in innovation. It has a “big data analytics” offering in the pipeline, Swete says, and a recruitment software platform is due in 2014.

Again, Swete says the Workday platform has been engineered to allow customers to adopt these innovations quickly and easily. "We really buy into the idea of shortening time to delivery…to optimise how customers can get access to [new] functionality," he says.