The workplace provides the perfect fit for wearable technology 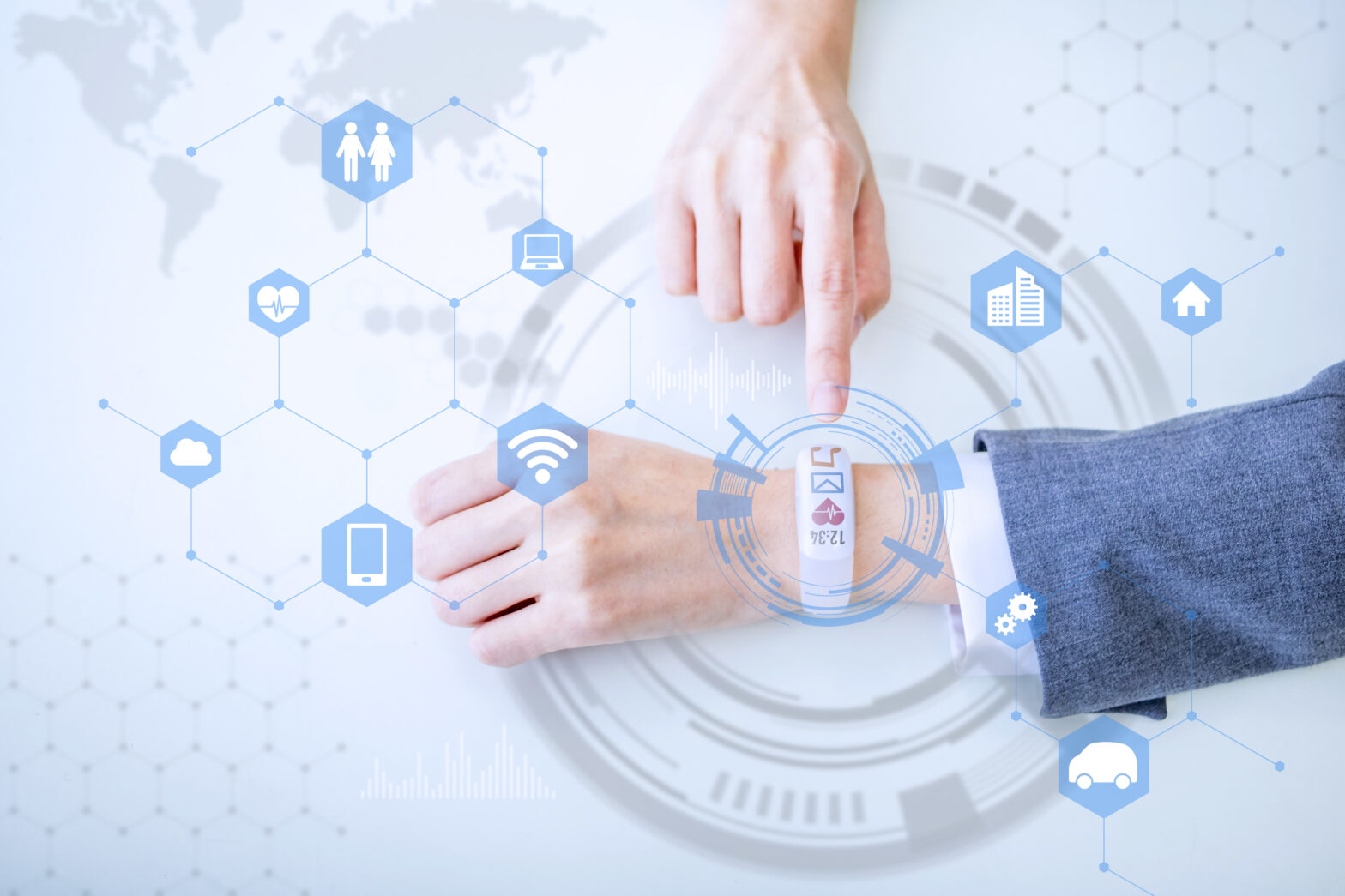 Wearable technology is experiencing one of the longest gestational periods of any technology. For a long time, gadgets like Google Glass and the Apple Watch were perceived by many as being a bit “emperor’s new clothes”: intriguing conceptually, but disappointing functionally.

No-one denies the impressive engineering that goes into these slick, shiny products – it’s just that they have always lacked a convincing use case. Despite spending billions on advertising, for example, Apple’s watch has never evolved into anything other than a fancy fitness tracker. The technology was smart but didn’t offer such striking benefits to make it a “must-buy” for consumers. One of the biggest problems that manufacturers have experienced is matching form and function; for example, the idea of trying to cram a smartphone onto a watch with a 1.5” screen probably needs a re-think.

Arguably, the office is where we’ll see the next wave of wearable technology since the use cases and their benefits are becoming much clearer. While no-one imagines (or desires) that we’ll be walking around the workplace wearing VR goggles all day in the near future, early experimentations with wearables from Google, Apple and others have helped to show us where they could bring significant value to our working lives.

>See also: Businesses are missing a trick when it comes to wearable’s data

The key seems to be not to try to cram too much functionality into each individual device, but to use them for specific business applications. While unlike Amazon most businesses have little desire to harness wearable technology to track individual employees, there is an increasing number of task-specific use cases where the value of wearables is beginning to be realised.

Take augmented and virtual reality, which simulate realistic scenes, images, sounds and experiences in real-time via wearable headsets or smart devices. Architects and interior designers, for example, can now offer clients multi-dimensional, high-detail visualisations of sites to clients, facilitating faster and more targeted feedback, improved and streamlined collaboration and more satisfactory output. This is equally helpful for sales reps visiting customers onsite or in their homes, helping them to visualise the finished product and giving them the confidence to proceed with their purchase.

In another example, augmented reality (AR) and virtual reality (VR) continue to grow exponentially within the healthcare sector, with the first virtual reality operation to remove cancerous tissue taking place in 2016, VR headsets improving quality of life for the terminally ill and surgeons using AR to accurately pinpoint blood vessels during surgery. The use of bodycams on police and security personnel, meanwhile, has become so commonplace that we often fail to register that this is, in fact, another example of wearable technology in action.

>See also: How to build a unified mobile strategy for the wearable age

But wearables also have applications for day-to-day office-based work. Take the issue of disasters such as a major accident or attack. Today, large organisations still find it very difficult to account for employees’ whereabouts during the chaotic hours following a major disruptive event. Wearables enable organisations to know workers’ exact location and status in real-time, bringing clear benefits in the event of a disaster.

Meanwhile, anyone who regularly sits through conference calls will welcome the advent of special meeting headsets. Incorporating directional audio that makes it sound like you’re in a physical meeting, these devices will provide a much more lifelike experience, helping users to distinguish between speakers and cutting down on cross-talk and interruptions. Wearables for meetings can also be augmented with functions such as facial recognition and calendar integration.

Wearables in the workplace aren’t just about meetings, though. There is a fast-growing awareness of the importance of employee health and wellbeing. Organisations are learning that providing a bowl of fruit isn’t enough to keep workers fit, active and healthy, which is why we will see more businesses embrace personal fitness and happiness applications linked to employees’ wearable devices.

Researchers have found that using wearables to monitor and improve employee health can benefit productivity by almost 10 per cent, which provides a very clear business case for investing in (or at least investigating) wearables for the workforce. They can also be used to monitor remote-working employees, for example, sales reps or field service workers, to track their progress on jobs.

Of course, there are questions about employee privacy, not least over data relating to location and health. In January it was revealed that US soldiers had unwittingly exposed military information through the use of unsecured wearable devices. But security risks can be solved relatively easily with the right corporate policies, developed with the active involvement of employees themselves. Of more concern is the apps themselves. Businesses may wish to choose from apps that are already available on the market, or they may prefer to develop bespoke applications that fit in with their strategic aims.

The challenge here will be how to avoid overburdening employees with a plethora of communication, fitness and productivity apps, and instead, combine as many functions into as few apps as possible. This is a task that will be beyond most businesses, pointing to a potentially highly-lucrative new market segment for those with the skills to exploit the opportunity.

It’s difficult to see how wearables won’t change our lives in some regard, once we have mastered the marriage of form and function. Rather than being a fad for the trendy early adopter, wearables could be the perfect fit for the workplace.