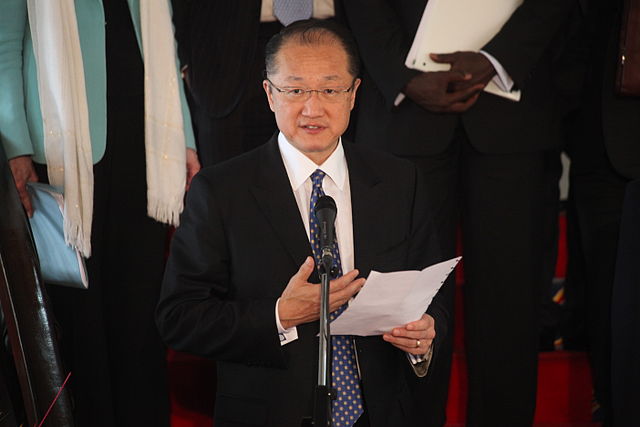 The automation of millions of jobs is endangering the future hopes and ambitions of people, according to Jim Yong Kim, the World Bank chief.

He raised these concerns during a speech in New York to the World Bank group ahead of its annual meeting in Washington DC this week. These comments are a reflection of the wider concerns regarding political threats to economic growth.

Despite the IMF revealing in July that it expected the global economy to expand by 3.5% this year and by 3.6% in 2018, bankers from the IMF, World Bank and other organisations have said this expansion is threatened by political movements that favour trade barriers, isolation and military aggression.

“We know what can happen if we let the moment pass,” she said. “Growth will be too weak, and jobs too few. Safety nets will be unable to handle aging populations. Our financial system will be unprepared for future shocks.”

“If your aspirations start to rise but then there’s no opportunity it can lead to fragility, conflict, violence,” echoed Kim. “This is the crash course we’re going down.”

To combat this, the World Bank chief said that policymakers should invest in education and health. Backing this up, the World Bank is planning to publish a ranking of countries, measuring investments in “human capital”, such as education.

Investments, Kim said, are important to economic growth in the future, as automation begins to displace millions of low-skill workers.

“The one thing you know for sure that you’ll need in whatever the economy looks like in the future is people who can learn,” he told the BBC. “We want to create a sense of urgency to invest in people that we think is necessary given the way … the global economy is changing.”

Moving away from the political spotlight, Matthew Thomas, market leader, Financial Services and Financial Officers at Korn Ferry Futurestep, EMEA has provided his thoughts on what emerging technologies like automation/AI will mean for the workplace.

“We are living in a digital revolution as significant as the industrial revolution, with technology shaking the foundations of the workforce. Indeed, computers are already surpassing the human brain at sheer processing, and the true era of AI is not too far away. So where do humans fit in?”

“Whilst emerging technologies such as AI has the potential to reshape the future of work, it will be humans who will accelerate its impact. In fact, it will enhance the modern workplace and empower people to spend more time on interesting work. How? Technology like AI helps remove the mundane process side of things, helping free up time for people to do more creative work. In addition, data analytics will provide powerful insights that can enhance decision-making and inform more valuable relationships”

“So what’s the answer to help people and technology work together? Immediate changes to education are needed in order to upskill the workforce for the expertise needed in the future, such as creative thinking, problem-solving and agility. But it doesn’t stop there. Current employees must also be given continuous training opportunities too in order to acquire new, specific knowledge and skills, often related to technology and its applications.”

“With an underlining concern that automation will replace humans’ jobs in the future, it’s important that business leaders, politicians, and workers’ representatives ensure a true partnership between people and technology in a bid to reveal greater value for organisations.”