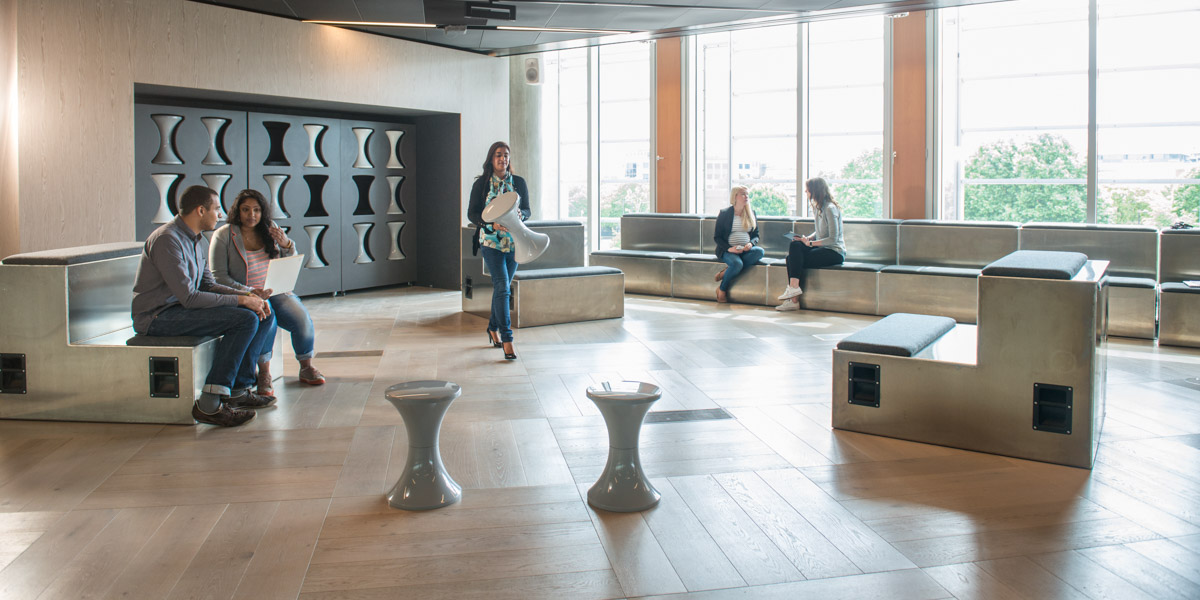 Luxury fashion e-tailer Yoox Net-a-Porter emphasised its commitment to the UK when it opened a new tech hub in west London earlier this week.

The internet company, which was formed from the merger of Italian e-commerce site Yoox and its high-end British rival Net-a-Porter in 2015, said the opening is part of a €500 million investment to double the size of the business by 2020.

The tech hub at White City Place is a 70,000-sq. ft. space that brings Yoox Net-a-Porter’s 500 UK tech staff under one roof, with a further 100 jobs created over the next two years. The company has a further 500 tech staff in Bologna, Italy.

The tech hub has been built to accelerate innovation and deliver best-in-class technologies, the company said. This will include developing artificial intelligence capabilities, such as personalisation and image recognition, and creating new mobile technologies.

The new office space, which was designed by British architecture firm Grimshaw, aims to attract top digital talent by facilitating a mobile working culture that supports collaboration with the company’s other global offices.

>See also: Inside Yoox-Net-a-Porter’s vision for the future of luxury fashion

Yoox Net-a-Porter has partnered with Imperial College London, whose White City campus is under construction, to launch an initiative that teaches local children from underprivileged backgrounds aged 8-14 the basics of coding.

The project, named Imperial Codelab Powered by Yoox Net-a-Porter Group, aims to increase the number of children who have access to coding classes, especially young girls, and promote the importance of digital skills.

Yoox Net-a-Porter will also play a key part in the White City regeneration project, which is transforming W12 into a hub for technology, creativity and innovation.

“We are delighted to open our cutting-edge tech hub in west London, a space created to inspire and facilitate disruptive innovation,” said Federico Marchetti, CEO at Yoox Net-a-Porter Group.

“Artificial intelligence and new mobile enhancements to the customer experience will be the focus. [The] tech hub will be home to our 500-strong UK tech team and gives us plenty of room to add new jobs.”