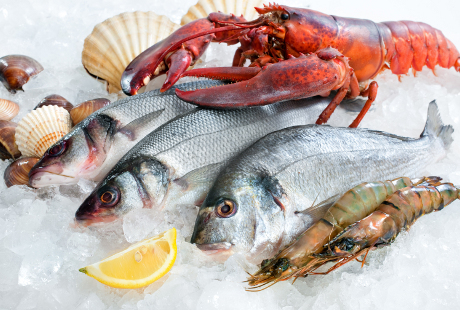 When it comes to major IT transformation programmes, it pays to recognise when you have made a mistake.

It certainly has for Young’s Seafood. Two years ago, the frozen fish producer signed a contract with an outsourcing company to provide the IT service desk it thought it needed.

Six months into the contract, it saw the error of its ways. “The business felt the IT services were not meeting their expectations,” explains Bill Dougan, Young’s principal transition manager.

“I think there was a disconnect between the service they thought they’d paid for, and the service the outsourcer was contracted to provide,” he says.

The decision to outsource, Dougan says, was driven primarily by cost. That meant Young’s plumped for a commodity service. But Young’s soon realised that it needed a service desk that was tailored to its own idiosyncratic requirements.

“They saw that, while the service that they had bought had some financial advantages, they had made a trade off that didn’t suit their needs,” Dougan explains.

“Young’s has people working from 5am in the morning,” Dougan explains. “It needs an IT service that is wholly aligned to its working hours and working practices.”

“It needs an IT supplier that feels its pain.”

The company therefore took the bold to decision to re-insource its entire IT operation, starting with the IT service management function.

To replace the outsourcing provider’s resources, who were based partly in the UK and partly offshore, Young’s set about recruiting its own 60-strong internal IT team, located at its Grimsby corporate offices.

Finding 60-odd qualified IT staff was not a problem, Dougan says. “I think there’s a bit of a myth around the IT skills shortage in the UK,” he says. “There was a big take up of the opportunity in Grimsby, and some people from outside Grimsby who applied and subsequently got the job.”

When it came to the IT service desk software, Dougan had a number of requirements.

Firstly, he wanted to use the minimum number of tools possible. Secondly, he wanted to be able to take standard ITIL processes – such as incident management, change management etc. – but customise them for Young’s particular requirements. And thirdly, he wanted the platform to support employee self-service.

“With the old service, people in the business felt that they got to talk to lots of IT guys but they never got any outcomes,” Dougan explains. “We wanted to do the reverse, and create a situation where you talked to as few IT guys as were required to do the work, but the outcomes got pushed out and you got self-service where possible.”

Dougan therefore chose IT service management solutions from LANdesk. “LANdesk has the unique ability to consolidate all our requirements under a single suite of tools,” he says. “We also felt that, with LANdesk, we could quite easily tweak the processes and customise them to a significant degree.”

Another reason for choosing LANdesk was the company’s familiarity with systems monitoring solution SolarWinds. “We use SolarWinds to detect trends and variances in the way the IT infrastructure and applications and services are behaving, so we can fix issues proactively,” explains Dougan.

“LANdesk had a tremendous amount of knowledge about SolarWinds and how to integrate it,” he adds. “That means issues are driven straight into the service desk so we can automatically push down the right resolution path.”

“It provides an end-to-end management of an issue in as automated a manner as possible, which cuts down the time to resolving the issue for the customer.”

Remarkably, bringing the IT service management function back in-house has proved cost neutral within its first year, Dougan says.

As for the quality of the service, the proof of the pudding will be the customer satisfaction surveys in six months time, but Dougan believes Young’s is getting a far better service for its money.

Young’s experience, he says, shows how well managed in-house IT can compete with outsourced providers on cost while delivering better quality.

“The company has taken grasp of its future,” he says.