Skip to content
Home » Topics » Cybersecurity » Zero trust – what is it and why is strong authentication critical?

Zero trust – what is it and why is strong authentication critical? 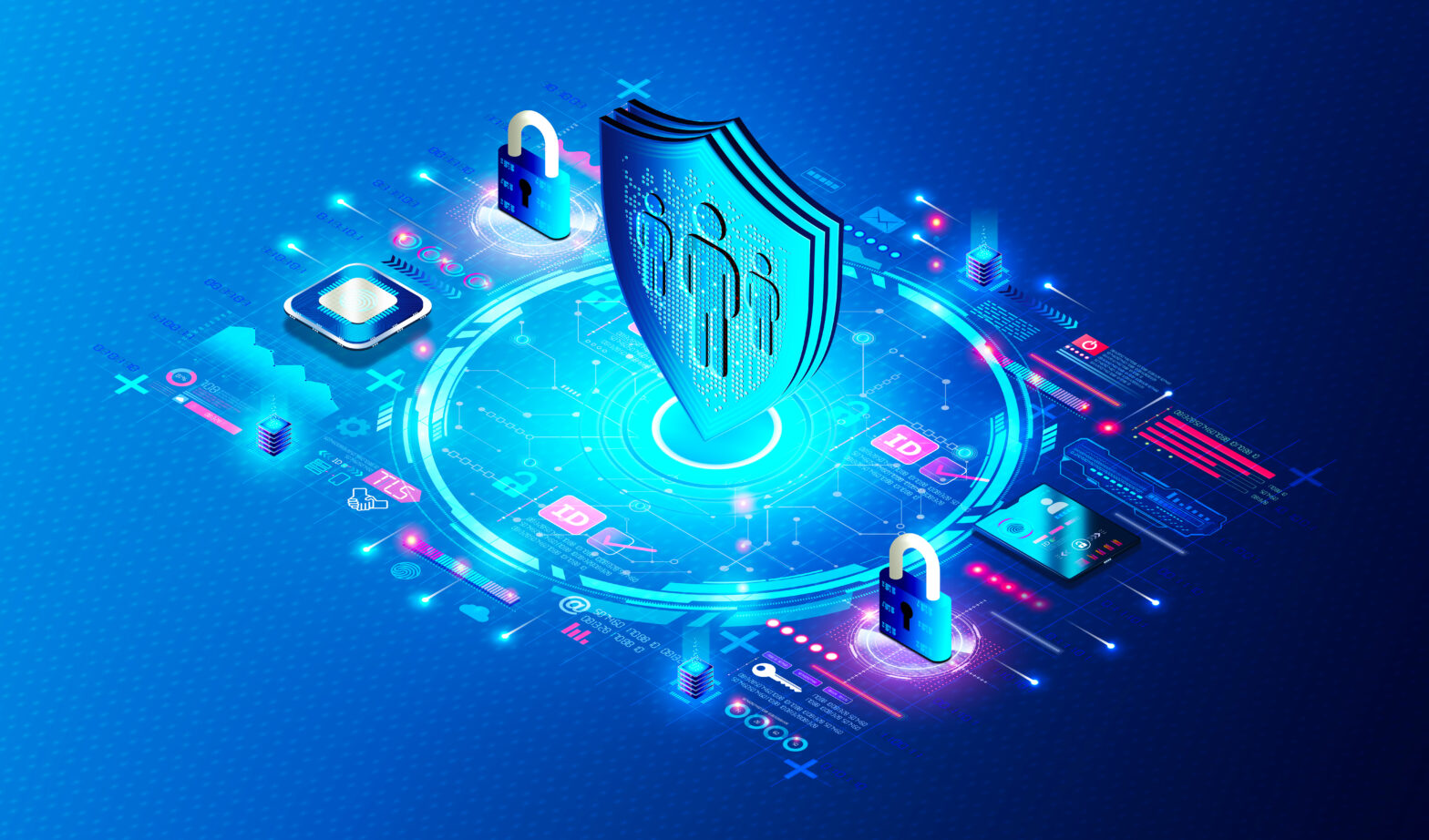 Trust no one: zero trust assumes nobody can be trusted even in side enterprise organisations

What is zero trust and why is it important? What are the three core components of zero trust?

Zero trust is more than just the buzzword of the moment in cybersecurity. With social engineering attacks exploiting compromised passwords and legacy multi-factor authentication (MFA) technology successfully compromising many large enterprises, the need for zero trust is clearer than ever.

What is zero trust?

Zero trust means set of principles that govern how cyber professionals design and implement systems as well as authentication of user access and privileges to those systems, and how we all think about security.

By order of the President

The conversation around zero trust is accelerating, as new cybersecurity paradigms are being defined and adopted at the highest levels of government. In 2021, the Biden administration issued an executive order calling on the US government to institute “bold changes and significant investments” in security measures to better protect federal networks from attack. The White House Office of Management and Budget followed by defining a “zero trust strategy”, outlining the security architecture which would fulfil the executive order to overhaul federal cybersecurity practices.

“When authorizing users to access resources, agencies must consider at least one device-level signal alongside identity information about the authenticated user,” according to the OMB.

It is important to recognise that this requirement drives a new paradigm for security professionals. It emphasises that password-less solutions on their own are not enough to achieve zero trust, and that identity authentication must go hand-in-hand. Given these mandates, zero trust is likely to prompt major shifts in how all organisations structure networks and authenticate their workforce, third-party vendors and customers.

All of this establishes zero trust’s importance. But just what is it, exactly?

According to the National Institute for Standards and Technology (NIST), “zero trust is the term for an evolving set of cybersecurity paradigms that move defences from static, network-based perimeters to focus on users, assets, and resources.”

All traffic is hostile and allows no implicit trust to be granted to assets or users.

Also, according to NIST: “Zero trust focuses on protecting resources (assets, services, workflows, network accounts, etc.), not network segments, as the network location is no longer seen as the prime component to the security posture of the resource.”

To sum up zero trust in a nutshell, it:

Zero trust contrasts what Forrester Consulting noted was an old saying in information security, “We want our network to be like an M&M, with a hard crunchy outside and a soft chewy center.”

In the past, security teams focused on protecting the “perimeter”— protecting access to trusted enterprise networks by implementing access controls like CASBs and VPN. With this methodology, however, security holes and authentication vulnerabilities leveraging passwords and transient trust still arise. A zero-trust approach centralises access mechanisms and grants access based on the risk and trustworthiness of both the user and the device, resulting in a more secure and resilient environment.

With zero trust, there is no more “chewy center” where users can move around freely, and device-based authentication by itself is not enough.

Why is zero trust important for organisations?

Zero trust was developed as a response to the new realities of our digital world. Enterprises must grapple with the challenge of authenticating employees in today’s hybrid/remote economy. Gartner predicts that an estimated 51 per cent of knowledge workers were remote by the end of 2021 and a Microsoft study found that 67 per cent of employees bring their own device.

Zero trust accommodates these modern network realities, including remote users, BYOD, and cloud-based assets which are not located within an enterprise-owned network boundary.

A perimeter-focused security approach does little to combat insider threats, which are one of the most serious sources of breaches today.

Social engineering attacks exploiting legacy Multi-Factor Authentication (MFA) technology have been successful in compromising Twilio, Cisco, Intuit, and other enterprises this year. Out of 4,110 breaches studied in the 2022 Verizon DBIR, compromised credentials due to insider error was the root cause of 82 per cent of breaches.

The role of strong authentication

Since a zero-trust model assumes a network is always at risk of being exposed to threats and requires all users and all devices be authenticated and authorised, authentication plays a huge role in a zero-trust ecosystem. Zero Trust Architecture is centred around identity and data, as the goal of implementation is to protect access to data by specific, authorised identities dynamically. The authentication of both users and devices is core to zero trust architecture as their verification prevents unauthorised access to networks, applications, and databases.

Implementing zero trust architecture necessarily relies on implementing multiple points of authentication and requires asking users to authenticate themselves in various ways, over and over. Without strong authentication protocols in place to confirm the identity of the user and the device requesting access, security teams cannot obstruct unauthorised access to resources.

Because MFA touches on so many elements of zero trust – MFA is used to authenticate access to an environment or privileges within an environment, or as an account recovery method when a potential threat actor is on a network – insufficient MFA can derail even the best laid plans for zero trust architecture.

Multifactor authentication methods have become ubiquitous and have increased security. But most MFA being implemented is based on a couple of factors:

Legacy MFA places assumed trust in the recipient of a code, knowledge of the user, or holder of a device. These types of MFA therefore can be vulnerable and easy to spoof as they do not really authenticate the user behind the device. Most device-based authenticators do not require “live” biometrics for user identity and access authentication.

In addition, legacy MFA can present administration issues, such as account recovery, lock-outs and added friction in the authentication process.

Worst of all, most legacy MFA solutions don’t meet the current minimum standards promulgated by OMB, which noted that SMS verification is not enough and that phishing-resistant MFA is required for agencies and their partners.

OMB also mandated that “When authorizing users to access resources, agencies must consider at least one device-level signal alongside identity information about the authenticated user.” This particular directive requires that organisations think about strong authentication as two parts: authenticating the device and, separately, authenticating the user’s identity.

Adopting zero trust requires enterprise-wide authentication solutions that can be implemented and used easily. One such solution is biometrics authentication methods. Rather than relying on knowledge factors or possession factors, biometrics employ human factors, such as face, voice and fingerprints. With biometrics, additional security features like liveness detection can increase assurance that a live person is requesting access.

Biometrics, whether device-based or cloud-based, also play a significant role in enabling phishing-resistant MFA as mandated by OMB. As we have learned from recent data breaches, human vulnerability is highly targeted and easily exploited via phishing, smishing and other social engineering attacks. Non-phishing resistant MFA leaves organisations extremely vulnerable and greatly lessens the efficacy and use ability of the zero trust framework. As OMB noted, the federal government’s Personal Identity Verification (PIV) standard is one effective approach to phishing-resistant MFA, and the World Wide Web Consortium (W3C’s) open “Web Authentication” standard is another.

Of these solutions, though, implementing FIDO2-compliant password-less authentication into the IAM and PAM layers could be the most seamless. At the front door, users login with FIDO2 to provide strong, phishing resistant MFA which works on the user’s native device. Once the user is past the front door, the organisation can set polices based on the resources being accessed by the user that request higher levels of identity confirmation such as cloud biometric authentication. This ensures that when the gate keeping components request authentication, the assurance levels are being raised beyond that of what was used in at the front door.

These technologies can be implemented at any point in a user journey to remove transient trust between applications and login sessions. Biometrics also offer a degree of seamlessness and ease of use that cannot be matched by knowledge- or possession-based factors.

The road to zero trust

Despite the known benefits of adopting zero trust paradigms, the road to implementing it can be rocky.

Finally, zero trust is still an evolving concept. While the government and organisations like Forrester Consulting have promulgated standards, there is no consensus around the adoption of a maturity model. Organisations should be mindful that trust should not only be enforced at the perimeter, but should also be managed when users attempt to access privileged applications or assets. With zero trust, there is no more “chewy center” where users can move around freely, and device-based authentication by itself is not enough.

Organisations must be committed to increasing their security with strong authentication that includes device authentication paired with identity assurance that will help them accelerate their journey to zero trust.

Zero trust: the five reasons CIOs should care – It’s no wonder the ‘zero trust’ approach has caught the eye of many CIOs, but if you’re still not convinced, here’s some reasons why you should be interested