5 real-life applications of supercomputers that you never knew about 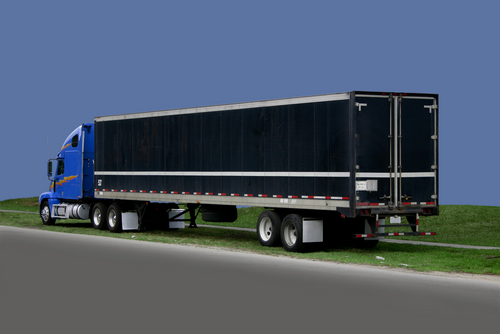 Unless you’ve been an upper echelon scientist, mathematician, or hardcore computer geek, few people have real working knowledge of supercomputing.

Supercomputing is often delegated to the realms of research-intensive, scientific tasks such as analysing large amounts of data to solve medical, environmental, infrastructural, or a wide variety of other scientific challenges.

But what is less often identified with supercomputers nowadays are the ways they impact real-life day-to-day experiences: driving on the highway, reading the news, or even eating.

>See also: How high-performance computing can break through the skills barrier

Below are five real-life applications of supercomputers that you never knew about until now.

Ever thought of supercomputing as a get-rich-quick strategy? Computer geeks do. It turns out that supercomputing processes are perfect for mining for Bitcoin.

Supercomputers play a very important role in helping people decide what car to buy. When auto manufacturers subject their vehicles to safety testing, only a fraction of the testing is done in a live, simulated environment with a dummy.

In fact, a large portion of a vehicle’s safety rating is based on complex computer-generated scenarios, where supercomputers crunch equations involving dozens upon dozens of different variables.

These computer-generated scenarios, along with the data taken from the crash tests themselves, are analysed to determine safety ratings.

Journalists are finding key sources — in the form of supercomputers. The Associated Press and other major news organisations recently began using software that employs algorithms to spot facts and key trends in data, and describe them in a narrative way – effectively enhancing the journalist’s ability to generate insights for data-centric stories such as earnings reports.

The algorithms can comb through historical data for outlier cases, select appropriate words from a vast thesaurus, and apply what it considers to be the best ones to describe a situation. Voila – a news article is made.

These processes can help identify the source and dispersal pattern of pollutants across Beijing with a street-level degree of detail days in advance.

Armed with this information, public health officials can warn at-risk individuals and potentially control the pollution’s damaging effect on a community.

The same insights can also help reduce pollution in the future by looking at energy consumption, predicting the effectiveness of alternative energy sources – such as solar and wind – or effectively managing energy production to minimise waste.

18-wheeler trucks have begun appearing with “skirts” on the bottom. Research done by powerful supercomputers showed that this aerodynamic design reduces drag and increases efficiency enough that operators save up to $5,000 per truck, per year in fuel costs.

Imagine, then, the impact this will have on the $603.9 billion worth of freight these trucks transport each year across the US.

All because of research done on a supercomputer, people could be looking at saving money on everything from their Weetabix to their wearables.