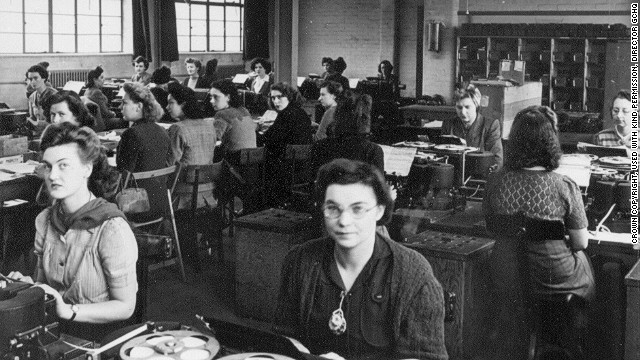 Nearly three-quarters of the British public are unable to identify female leaders in technology, according to research released today by McAfee.

In tandem with today’s official launch of McAfee’s Cyber Security Exhibition and Computer Learning Zone at Bletchley Park – the home of the WWII codebreakers – the research reinforces the importance of encouraging both women and men into technology and cybersecurity careers.

Women were heavily involved in the codebreaking operation at Bletchley Park during World War Two. Out of the nearly 10,000 that worked at the site deciphering and decoding encrypted messages and ciphers, 75% were women.

Almost seventy years on, McAfee and Bletchley Park Trust announce research on the role women play in technology today, as they announce a partnership to reinvigorate the site as the home of cybersecurity for all.

>See also: Editor’s letter: It’s time to fix the ‘dire’ lack of women in IT, introducing the Women in IT Awards 2015

Bill Gates, Mark Zuckerberg, Steve Jobs, Cheryl Sandberg, Martha Lane-Fox, Marissa Mayer. According to the 4,000 UK adults surveyed by McAfee, the UK public were able to identify the men within that list, but when it came to the females, our nation struggled.

When asked about the 10 most well-known men in technology, 90% of the nation had heard of Bill Gates, 78% recognised the name Mark Zuckerberg, and 70% were familiar with Steve Jobs.

However, given a similar list of leading ladies in the world of technology and IT working for some of the biggest global brands – Google, Yahoo, Lastminute.com and Microsoft, 72% of UK individuals claimed to not recognise any of them, only 17% knew of Martha Lane Fox, founder of Lastminute.com, and just 8% had heard of Cheryl Sandberg, the COO of Facebook.

While females like Renee James, Intel President, and Marissa Mayer, Google’s first female engineer and now Yahoo CEO, have been flying the flag for professional women shattering the glass ceiling within the technology industry, there is still a considerable disconnect between the awareness of females in this domain, who are arguably just as successful as their male counterparts, reaching the top of their industry.

Interestingly, when comparing male and female responses, 77% of UK women had not heard of any high-profile women in IT, compared to only 66% of men, suggesting that although female role models exist, awareness with fellow females in particular, is still relatively low.

While it’s clear that women have long played a role in the technology industry, there is still work to be done to address the lack of diversity and gender equality in 21st century businesses.

Part of this comes from educating girls from a younger age – according to today’s research, only a quarter of the British public believe young girls have enough encouragement to pursue careers in the technology industry.

What’s more, 54% of the females questioned believed young girls were not given enough encouragement to progress in the field.

>See also: Inside Network Rail’s £1 billion IT budget, and CIO Susan Cooklin stands up for women in tech

“ At the forefront of the genesis of cybersecurity as we know it today, these women were the original female role models of modern computing. It’s this history, combined with the leaders in technology today that should serve to inspire current and future generations of both men and women into the world of IT.”