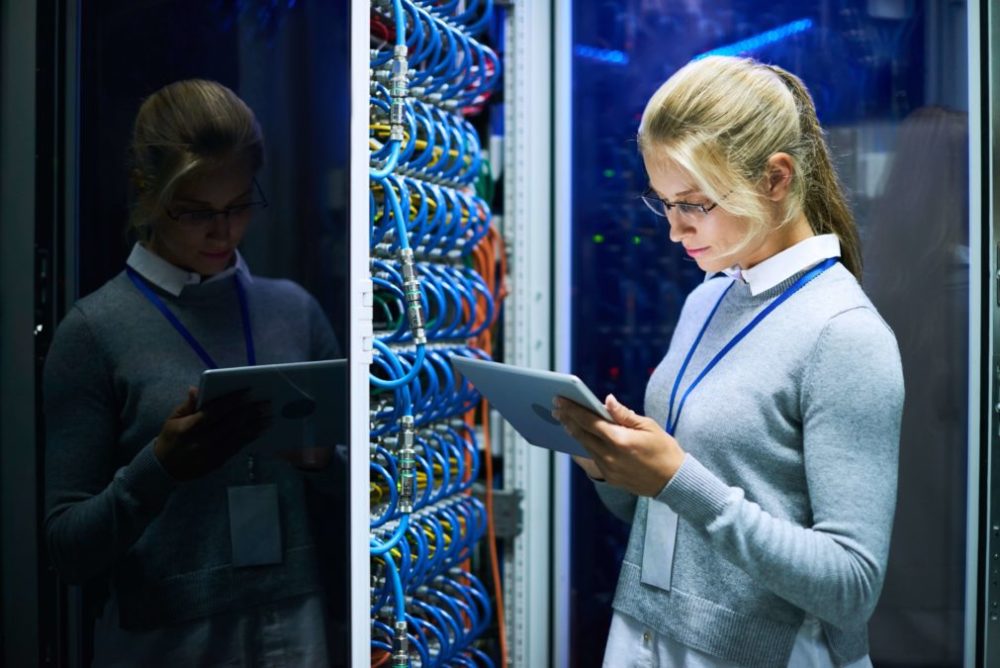 Augusta Ada King-Noel, Countess of Lovelace was an English mathematician and writer, chiefly known for her work on Charles Babbage’s proposed mechanical general-purpose computer, the Analytical Engine – which served as a precursor to the modern computer.

The Day was only founded in 2009 by Suw Charman-Anderson. It is now held every year on the second Tuesday of October.

The second Tuesday of every October marks Ada Lovelace Day to celebrate the achievements of women in STEM careers (science, tech, engineering and maths), and was created in memory of Ada Lovelace, the first computer programmer! #AdaLovelaceDay https://t.co/kquxf5BWkK

Why is this day so important?

Today is not just a day for celebration: it’s a day for addressing the severe gender imbalance that persists in STEM industries. According to a recent study, women are choosing lower-paid apprenticeships in health, public services and care (35%), in business administration and law (28%), and retail and commercial enterprise (23%). At the same time, more men are taking higher-paid apprenticeships in engineering and manufacturing technologies (53%).

The future of being a woman in technology

The glaring gender imbalance in the tech industry is there for all to see. Laura Malcolm, from Avanade, looks at the future of women in tech.

On the bright side, the latest ONS figures reveal that a record number of women are joining the tech sector, with an increase of more than 20% of those pursuing careers. According to Dominic Harvey, Director at CWJobs: “While this indicates progress, there is still much more left to do to ensure the UK is at the forefront of the technology industry’s rapid evolution.”

“The Government must seize this opportunity to implement a long-term solution without delay. Establishing an educational platform where IT and tech skills are engrained at a grassroots level is vital to ensuring key technology skills become part of our national curriculum. This will encourage more women to pursue STEM careers and feel confident using the tech skills they have honed from a younger age.”

What is holding women back?

When you look at the tech sector in general, it’s hard not to identify how much the industry heavily weighs towards men, arguably, by doing this it works against women, in that the corporate culture does not make women feel like they fit in.

The lack of female role models within the industry is not helping either. However, it has been noted by some that the imbalance is in part due to wider societal stereotypes and biases. According to a recent study from Nominet, the UK’s domain name registry, parents are gender biased when it comes to the career aspirations they have for their children. According to the research, the top five careers for girls picked by parents were; a doctor (24%), teacher (20%), lawyer (17%) / scientist (17%), nurse/paramedic (14%), business Manager (11%). While for boys it was; engineer (21%), scientist (17%) doctor (16%), tech entrepreneur (13%)/ game developer (13%), architect (12%).

Eleanor Bradley, COO of Nominet, said: “Unfortunately, though, as witnessed this summer with the latest GCSE results showing a large disparity between the number of boys and girls taking Computing or ICT, there’s still a perception that STEM careers are largely for men.”

“To engage more young women with STEM subjects including technology, we need to combat any unconscious bias that unwittingly steers girls away from STEM-based career paths. Teachers also need to be equipped with the knowledge and confidence to emphasise the huge range of career paths available to girls with STEM backgrounds, as well as role models like Ada Lovelace to inspire them. The future is digital, and we need a diverse workforce to thrive. Doing all we can now is not only essential to ensure more women enter into and prosper within STEM careers, but it is vital for the ongoing health and strength of our digital economy.”

How to become more inclusive to women

It has been proven that businesses that champion diversity succeed more. Taking into account the digital skills crisis facing every organisation in the tech sector, common sense states that looking to one gender for help will harm business. With this in mind, organisations need to address how they are engaging with women.

At the same time, getting female talent into the industry is only half of the story, making sure they rise up the ranks is also key – with the support of women in leadership training programmes.

STEM
Women In IT
Women in Tech