Skip to content
Home » Sectors » Media & Marketing » ‘Alternative facts’: how to get out of this mess

‘Alternative facts’: how to get out of this mess 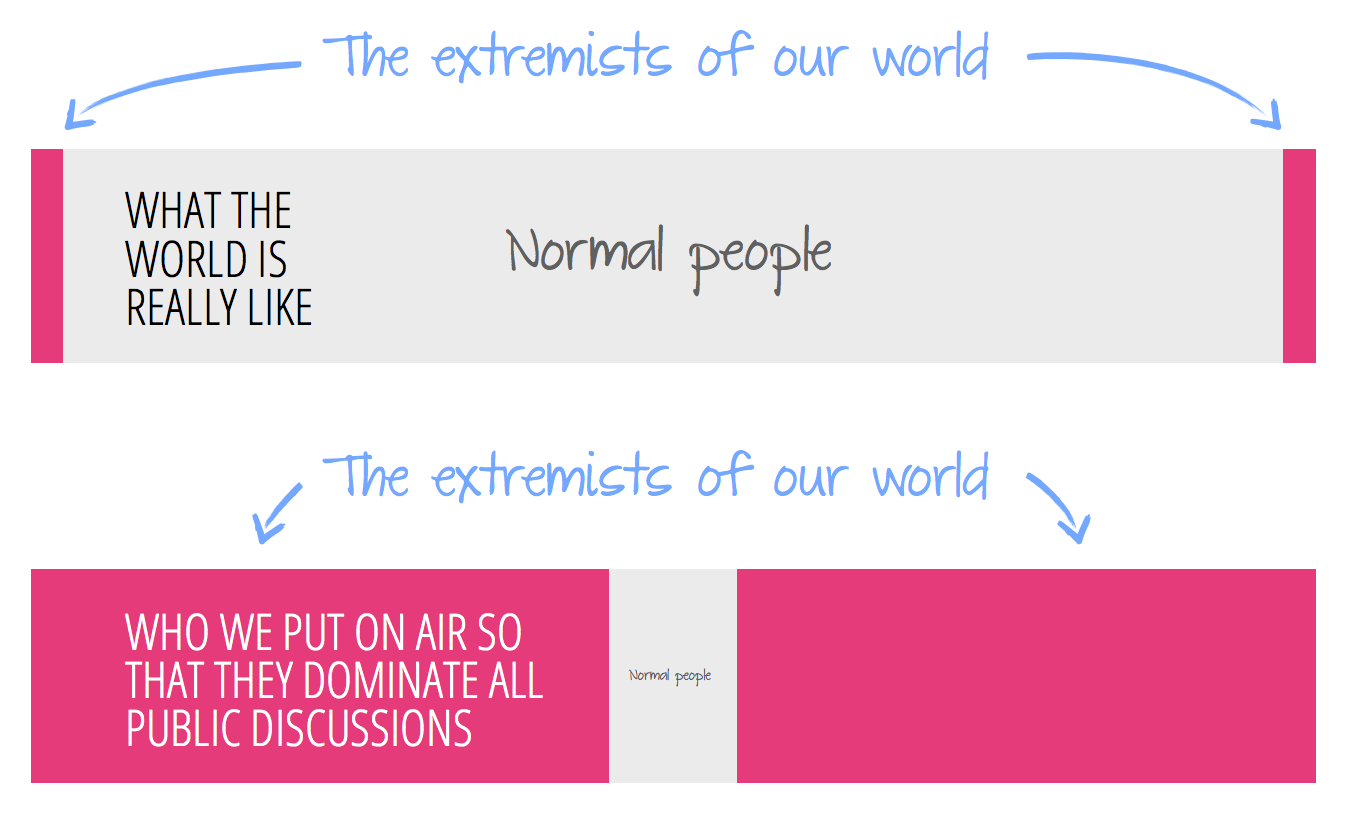 The rise of digital platforms means that it is now possible for anyone to publish and distribute a “story” to the whole world in an instant. The truth filters we’ve relied upon for centuries — the media, academic institutions — are being marginalised as “part of the liberal elite.”

What this means is even if the truth does manage to get its trousers on (while the lie is halfway around the world), it quickly gets dismissed (in the words of Michael Gove) as an “expert” that everyone’s had enough of.

This new reality is a breeding ground for the misuse of statistics and invoking of “alternative facts”. In the UK, Vote Leave’s referendum claim that UK “sends £350m per week to the EU” is a notorious example.

In the US, Donald Trump heralded a crowd of 1.5 million at his inauguration in Washington (wrong, even according to Fox News). He claims the largest Electoral College majority since Reagan (it wasn’t).

The media points fingers at the likes of Kellyanne Conway, Boris Johnson, and Michael Gove, but the rise of digital media and its associated tools, combined with lazy readership habits have played an equally important part in growing statistical abuse.

Likes and shares are the currency of a lot of mainstream media outlets. They don’t like this, but it has become a necessity for commercial survival.

Equally, generally individuals tend to read the sensational headline rather than the balanced one, rewarding the journalists with clicks and shares and starting the vicious cycle all over again.

Let’s do a test. Which of these headlines are you likely to click on:

Most people would click the first (a genuine headline from the Guardian from 11 January 2017). But stop a moment: how many hospitals are there in England and Wales? There are almost 500 hospital providers in the NHS.

Is it a crisis that 5% of England and Wales’ hospitals were overstretched on one winter weekend?

People are drawn to the sensational. They’re interested in the controversial statistic, not the complexities or shades of grey contained in the data.

So how do you break the cycle? Here’s three ways.

If you see a story in your social media channels citing a data source, follow it up. How credible is it? Is the sample size big enough to draw a real conclusion? Is there a distortion in the way it is reported? Daniel Levitin’s A Field Guide to Lies is an excellent book on this topic.

Finally, read two sources of important data stories, one from each side of the debate spectrum. First the Guardian, then the Daily Mail. CNN, then Fox. Don’t slip into lazy media stereotypes or make assumptions. Make it your business to find out which reading of the data you believe is true.

In conclusion, one of the big benefits of big data, visual analytics and IoT is that the lack of, or access to, data won’t be a problem for the next generation.

>See also: What’s the key to big data and AI being successful?

There will be as much data as is needed, and businesses and individuals will be able to summon it, interact with it and use it to make decisions in a matter of seconds – which ultimately, is a good thing.

What the challenge will be, however (and it’s a big one), is establishing the credibility of that data and bringing a healthy scepticism to each piece of information you read.