Skip to content
Home » Ransomware » Automating change, growth and disruption through the Internet of Things

Automating change, growth and disruption through the Internet of Things 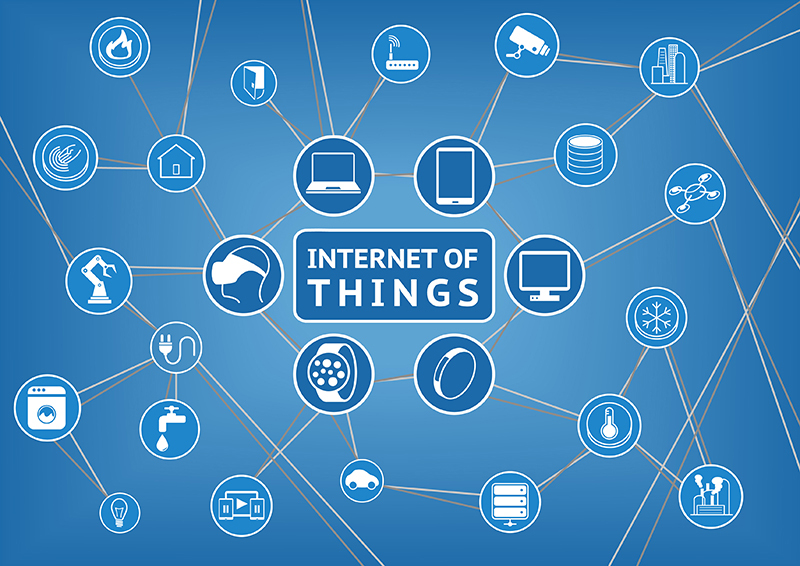 Today around 4.1 billion Internet of Things (IoT) devices exist, whereas by 2020 experts believe M2M and IoT devices will explode to around 26 billion to 50 billion.

Applications vary, too, and include wearables and small sensors, as well as devices that enable the management of entire smarter cities.

Despite the enthusiasm and positive predictions about the short and long-term benefits IoT will have, what does this actually mean for organisations? How can they capitalise on the IoT, and what does the network look like?

Here are eight roles mobile applications will play in harnessing the Internet of Things.

IoT will interact in a different way to the internet than humans do. People use desktops and mobile devices to talk to websites, play with applications and communicate, but IoT focuses more on machine-to-machine (M2M) communication than human-and-machine interaction. Despite this, mobiles and wearables will naturally form an integral part of the entire equation, as IoT will ultimately be controlled by people.

At home, M2M wants to learn how people live so it can do things like control thermostats and create lighting schedules based on behaviours and other factors, such as location.

It's also going to be useful during simple tasks, like watering the lawn through managing personal irrigation systems. For example, it would draw on external weather data and watering rules, and determine if the lawn needs watering. IoT will combine analytics, external services and contextual information to have machines make decisions for a person, but managed by the human.

Furthermore, interactions with IoT will be guided by things people wear and devices they regularly interact with. For instance, a smart-home will detect when you’re nearly home because your mobile device sends passive notifications about your location.

Your house determines the time of day and knows the timings for sunset and sunrise, which it pulls in externally and decides when to turn the lights on because of your geo-location. These tasks are automated using sensors, mobile devices and other tools that provide context. The IoT network directly controls the environment in the house through the mobile.

In this scenario, your house has used passive data from your mobile phone to influence a decision. But, if you want to turn lights on, you can simply open your phone and use a menu to choose which lights to turn on.

Therefore, the mobile device gives that active interface, making the human the decision maker, and the IoT network is going to carry out an action on the person’s behalf. The automation is still there, but humans have a direct, active input on what's being automated.

Much like the Industrial Revolution, IoT is going to redesign multiple sectors and aspects of people’s lives. It's going to change the way people work, what they do, and it's going to drive efficiencies for both the business and the consumer, meaning companies will need to think about how they account for IoT and roll out new IT campaigns.

Large manufacturers have been “doing” IoT since the 1990s through M2M interactions. To these companies, IoT is nothing new. However, IoT is now an affordable option for small and mid tier manufacturers, allowing smaller companies to streamline their manufacturing processes. In the new industrial IoT model, mobile workers are going to be able to interface with the automation taking place around them using mobile devices.

In addition to this, sensor automation analytics will affect how inventory is moved and managed, how items are produced and how the plant manages itself, whether it's direct control at the plant level or remotely.

The future of field service is set to change. IoT will enable organisations to intelligently route engineers to problem areas on the factory floor according to skills and proximity without relying on a person to do this. If something breaks down or there's a specialised part needed, sensors will be speed up the replacement process.

Monitoring hardware and machinery on the factory floor will become easier as data will be collected over time, analysed and proactively acted upon. Companies with long lead times for parts will be able to predict part replacement and order parts in time to reduce or eliminate outages.

In utility companies, bi-directional communication between consumers and producers will change power consumption. Think of washing laundry: sensors, IoT and mobile applications could automate laundry during off peak rates. For energy companies, IoT enables the reliable management of a distributed grid that uses wind, solar, nuclear, and other forms of power with varying levels of consistency, while consumers fluctuate their demand for power.

Automatic reorder of items in the home is being tested in various forms, from buttons that put something on reorder when pressed, to reordering through devices, such as the Amazon Echo. Smart shelf sensing will also begin to take hold in refrigerators to detect when staple items, such as milk, need to be reordered.

Targeted advertising will become more important. Retailers will use data to drive customers to products, suggest alternatives and offer personalised price offerings. However, while experts believe IoT will do well in retail, there are privacy concerns that need to be explored.

IoT comprises an ambiguous network of small devices and entire networks, making it important to think about how to securely manage the sheer amount of data coming from these sensors and devices.

Moreover, it means people will require a meaningful view of their end users and networks so that they can properly interact with and manage these entities. Naturally this will mean managing these devices, new protocols, data, privacy concerns and upskilling staff.

Visionaries in IoT forecast major disruptions that will bring significant alterations to the way people work. As businesses re-engineer themselves and develop IoT strategies, it is essential to consider people, process, and technology, and ensure that any IoT strategy is well thought through, adaptable and has technology in place to marry the front- and back-end infrastructures efficiently.