BBC reveals dismissal of CTO… six months after firing him 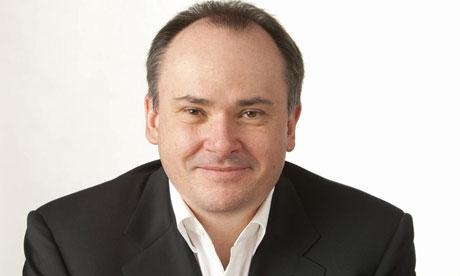 The BBC sacked its chief technology officer (CTO) John Linwood six months ago but only confirmed his dismissal on Friday for "legal reasons".

The government-funded broadcaster suspended Linwood in May 2013 after writing off nearly £100 million for the scrapped Digital Media Initiative (DMI).

BBC director general Tony Hall said the project wasted "a huge amount of licence fee payers' money and I saw no reason to allow that to continue, which is why I have closed it". Former BBC boss Mark Thompson is due to give evidence at a Commons committee next month.

"Ambitious technology projects like this always carry a risk of failure," Hall added. "[I]t does not mean we should not attempt them, but we have a responsibility to keep them under much greater control than we did here."

However, whilst Linwood was fired two months after his suspension, news of the dismissal only emerged from the BBC on Friday, six months later.

A BBC spokesman confirmed Linwood, who was paid a £280,000 salary for the job, did not receive a pay-off after being fired.

The DMI project was launched in 2008 with the aim of eliminating the use of tape in the BBC's broadcast production process. It was originally outsourced to Siemens, the BBC's IT supplier, but was brought back in house in 2009 at a cost to the BBC of £10 million.

In 2011, the National Audit Office criticised the BBC's mishandling of the project, saying it did not run an open procurement competition before giving Siemens the contract.

However, at the time the NAO said that the “BBC’s in-house delivery of the system has started well” and that “the technology solution for the [initiative] has so far proven to be valid”.

It added that it was “too early to conclude” whether or not the DMI would deliver value for money, but a report published in December said the BBC should have realised it was going to fail two years before it was scrapped.