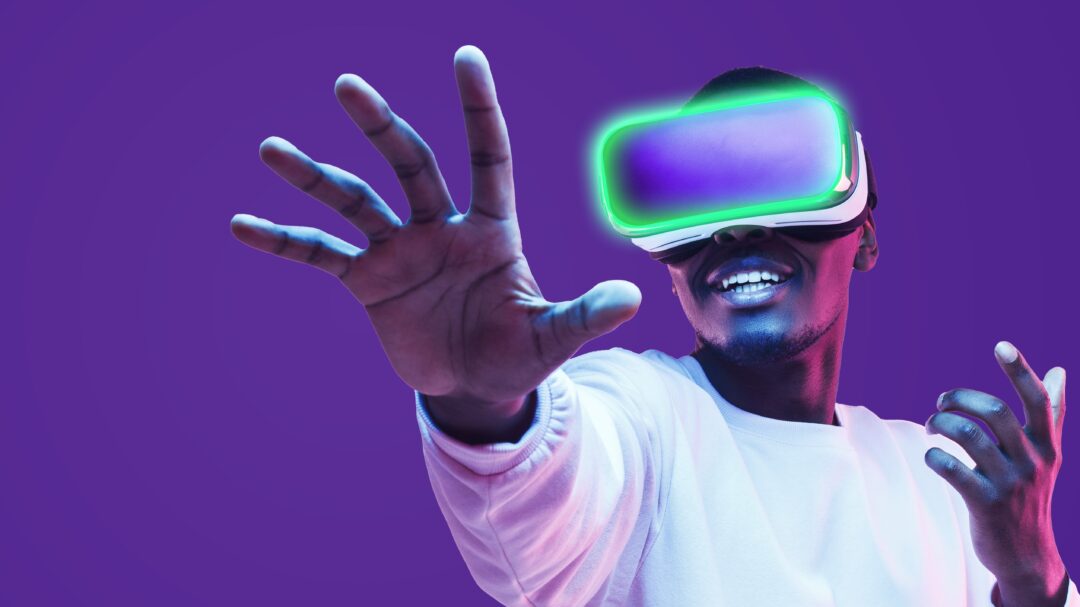 Immersive technology, whether it’s the metaverse or augmented reality overlaid onto our physical world, will make remote operation of machinery a reality and transform how we communicate

The biggest benefits of immersive technology for business are far-reaching indeed, but these are not benefits which will emerge gradually — expect a period of inertia followed by revolution.

>See also: New emerging technologies to watch out for

For immersive reality and its business benefits, it boils down to tipping points.

It is human nature to expect technology to develop gradually — incremental improvements, with each improvement marking a gradual increase in its popularity. In short, there is a perception that technology follows an evolutionary trajectory.

What immersive technology mean for your business

However, the reality is different, and this reality is massively significant for immersive reality and what it means for business.

Immersive reality will have a transformative effect on business: it will give a new impetus to remote work, not only making remote working even more viable for office workers but will enable the long-thought-elusive remote operation of machinery.

Immersive reality will also have extremely important applications in healthcare — as surgeons, via the aid of virtual and augmented reality, perform intricate operations not possible with current technologies.

Immersive reality will mean the decline in keyboards physical or touchscreen — replacing them with virtual keyboards — holograms which hover in front of our eyes.

The opportunities are as profound as you can imagine but don’t fall into the trap of thinking there is plenty of time. Immersive reality’s development will follow the pattern of Amara’s Law — “We tend to overestimate the effect of a technology in the short run and underestimate the effect in the long run.”

Immersive reality is a disruptive technology; its impact will be modest over the next two or three years, continue to be modest mid-decade, but will change the world later in the decade.

As the theory called innovator’s dilemma demonstrates, companies which are slow to embrace the disruptive technology that is immersive technology will discover they have left it too late. They need to build specialisation now. If they wait to see how the story unfolds, they may find that the book describing their history never gets past Chapter 11.

It takes time to understand a new technology: leave it until that technology is obvious and staring us in the face, and you leave it too late.

Several technologies will create steady process in immersive reality. Once these technologies pass tipping points and converge, the steady progress will become a revolution.

The immersive reality revolution will be analogous to the development of touchscreen phones — a convergence of technologies including advances in screen displays, Moore’s Law, commoditisation of components and faster wireless internet speeds. This convergence changed touchscreen phones from technology hardly anyone wanted into the ubiquitous devices we know today and in a very short time frame.

Vergence-Accommodation Conflict refers to a conflict between how the brain receives images and the current state of the art in image technology. For example, if you watch a TV, your brain compensates for differences between the image displayed on the device and reality. But in augmented reality, where images are superimposed over reality, the shortcomings of technology are exposed in ways the brain finds it hard to ignore.

Foveated imaging describes how augmented reality uses small screen displays — such as glasses or contact lenses — but limits in technology restrict screen resolution. Foveated imaging seeks to overcome this by having higher screen resolution in an area of an image that the brain focuses on. The clever use of this technology will create a new impetus for augmented reality.

5G and then 6G technologies will be important for immersive reality for two reasons. Firstly, these technologies will make new applications viable — such as the remote operation of machinery, especially outdoors, such as in agriculture or construction.

The biggest benefits of immersive technology are:

Thanks to advances in technologies that will underpin immersive reality and their convergence, the business benefits will emerge suddenly. Businesses need to learn how to apply immersive reality before these benefits emerge, or they will be disrupted, possibly to the point of extinction.