Why do businesses and society need smart cities? 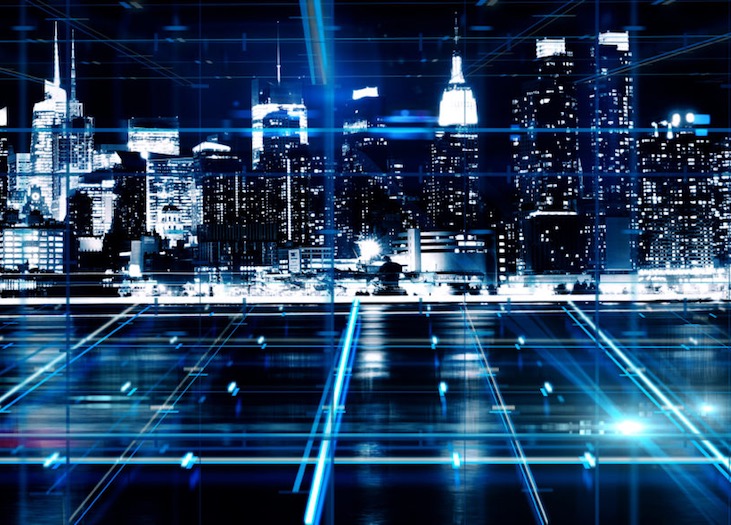 The notion of smart cities is often perceived in popular culture as what the future will look like. Unrecognisable cities where buildings reach high into the clouds, and flying cars navigate almost virtual motorways. With this also comes the often-portrayed widening of social classes and inequality; the elite residing at the very top, and the rest left on the ground – in the past.

In reality, a smart city is one that uses technologies to improve and transform the lives of its citizens and the environment, while closing the digital divide and allowing businesses to thrive and innovate. It’s an idea of inclusion rather than division, a collaboration between citizens, and the public and private sectors for sustainable transformation and growth.

>Read more on The smart city of the future

“Smart cities will have a transformative effect on every aspect of our daily lives, such as better healthcare and the effective provision of public services,” said Sean Collins, regional director for UKI and Benelux, Extreme Networks.

“Businesses too will benefit in numerous ways, seeing greater efficiency in their operations, protection of investments and better service to customers. For instance, improved traffic management will yield improved delivery times for logistics firms and online retailers, whilst smart lighting may improve footfall in certain areas, boosting sales in local shops and restaurants. Meanwhile, improved connectivity will be a boon for almost all businesses and their staff, boosting overall efficiency. There is also the potential to make data collected by smart cities available to businesses, although there are obvious privacy and security implications in this case.”

A smart city, powered by innovation and Internet of Things, is built on the foundation of improving residents’ quality of life, enhancing business competitiveness and ensuring environmental sustainability. These three pillars can be applied to Deloitte’s smart city framework and it’s six urban domains: economy, mobility, security, education, living and environment.

“We continue to build cities that are net contributors to the very problems we seek to solve,” writes Chris Vein, partner in PwC’s Digital Services. “Our cities get bigger, commute times get longer, the impact on our environment gets worse. What do we do? We build bigger roads and provide services further away from where people live and don’t take cogent environmental action.”

Transformation has a cost. But embracing smarter, technology-enabled solutions – the foundation of smart cities – will help to deal with this social transformation: population growth, migration, healthcare challenges and resource depletion.

The phenomena of smart cities, or at least smart city projects is nothing new. There are cities in every habitable continent across the world that are aiming to improve such functions as mobility, healthcare, public safety and productivity through the adoption of (smart) digital technology.

The Smart City Index worked with Ecard Shack to create an interactive map where major cities have been ranked across based on these four key factors in technology.

Singapore often stands out as a leader in this space. A smart nation. While it is in somewhat of unique situation, politically and geographically, these factors have combined to allow the state to commit to a smart city ethos.

>Read more on Smart cities around the world

In 2016, Singapore’s Government announced the launch of The IMDA, which was a combination of two previous government departments: the Media Development Authority (MDA) and the Info-communication Development Authority (IDA). The purpose of this merger was to enable a better quality of life for Singaporeans through world-class connectivity, compelling local content and technologies to make everyday lives smoother and more convenient.

The newly formed organisation’s plan is to lead Singapore into the digital future by addressing the skills gap and transforming the public sector by enabling technology, while working with businesses and supporting local tech start-ups.

Increasingly, today’s cities will put the data generated from an increasingly connected ecosystem into the hands of citizens, which will help solve the most persistent urban challenges and generate new, better ways of living and working.

This presents an idea of democratisation, where – as is the case with disruption – traditional roles are changed. Governments will become solution enablers, while businesses will embrace collaboration and citizens will become city co-developers.

Countries like India see the merits in embracing smart cities to combat an increasing urban population. The Indian Government, for example, has launched the Smart Cities Mission, which is an urban renewal and retrofitting program by the Government of India to develop 100 cities across the country, making them citizen friendly and sustainable.

Some would argue, however, that the smart city roadmap is at its a core a method to manage and monitor citizens and infrastructure. A way to control and survey. Few people outside the conspiracists believe the majority of smart city initiatives in democratic societies are guided by bad intentions, and that these planned smart cities are blurring the lines between the private and public domain.

Read more on The darker side of smart cities

A smart city is competitive

Urban centres have always been the heart of economic and technological revolution and progression. A World Bank analysis of 750 cities around the world between 2005 and 2012 found that economic growth in 72% of cities outpaced their respective national economies, while by 2025, the world’s top 600 cities are expected to account for 60% of global GDP.

The success of cities is essential for continued economic growth and sustainability. According to the World Bank study, a competitive city facilitates its companies and industries to grow jobs, raise productivity, increase incomes of citizens and drive prosperity. An uncompetitive city will be drained of talent and ultimately hinder the future success of organisations.

As a result, according to a report from Deloitte Insights, “companies are increasingly taking an active role in being good corporate citizens, which means being an active partner in the urban ecosystem.” There is no point in thriving in a city that is dying.

The inevitability, or rather socio-economic necessity of smart cities represents a chance for businesses to transform and move forward in an innovative, sustainable way. There will be opportunities to generate revenue by becoming providers of new systems or services, and to take advantage of the data generated from the increasingly digitally connected infrastructure.

Two-thirds of the world’s population will live in cities by 2030, and all this new data – if captured – will drive better decision-making and create solutions around some of the most complex business problems. But, organisations and governments will need to adapt to this change, put the solutions in place and prepare for another wave of mass disruption, in order to succeed.

So, why do businesses need smart cities? Aside from the benefits discussed – more data, increased collaboration, access to talent and a better chance of successful transformation – without the cities that occupy them, businesses would fold. The rate of urbanisation means that governments, citizens and businesses need to embrace smart solutions to cope with the increasing pressure and competition of an urban world.

It is not a one way relationship, both the public sector and private sector need to work together to realise the benefits of smart cities.

The rise of smart cities provides the private sector with an opportunity to engage with governments, in what will need to be mutually beneficial partnerships.

For example, Deloitte Insights points to Columbus, Ohio, where strategic partnerships developed between the state and private entities, while it was still contending for the Smart Cities grant.

“Private partners both inside and outside of Ohio have continued to contribute to the Smart Columbus Acceleration fund. For its part, the federal government grant indicated to potential investors that the Smart Columbus initiative was viable, well-developed, and likely to succeed, encouraging businesses to not only fund initiatives but also explore their own growth opportunities in the form of user fees, access to data, and others. Ultimately, the city was able to multiply its initial funding of $50 million to more than $500 million by building a large ecosystem of smart city partners.”