Aimed at developers, the K3s distribution brought by the Civo platform focuses on speed and has proved to be less resource hungry than standard K8s.

Civo, which comes with a fully usable cluster deploying in under 90 seconds, has been building its K3s managed Kubernetes platform for the past two years, and currently has over 4,000 developers trialling the platform.

In the lead-up to the release, beta testers provided constant feedback to Civo to refine the platform to meet the needs of developers, either through suggested features sent via its dashboard, attending regular virtual meet-ups, or via a dedicated community Slack channel.

Kubernetes has risen to prominence for its container orchestration management capabilities, as well as for building cloud-native applications.

While the main K8s distribution is known for requiring a lot of resources for even basic deployments, K3s is an alternative distribution of Kubernetes that requires fewer resources while delivering the same orchestration experience, but was not previously available as a production-ready managed platform. 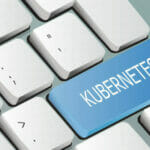 When should you consider moving to Kubernetes?

Cloud-native computing is more popular than ever. You may have already moved your platform to the cloud — but now, as your business grows, you’re realising how hard it can be to coordinate and orchestrate your platform. This is especially true if it’s distributed across multiple services. Read here

“Our mission at Civo is to simplify Kubernetes for developers of all levels,” said Mark Boost, CEO and co-founder of Civo.

“We are firm believers in the innovative possibilities of open-source containerisation technology. However, until now users have not been well-served by the choices on the offer in the market today, especially those offered by the hyperscalers. They are expensive and overly complicated in many areas. Developers just want to get going quickly and not spend time and effort managing infrastructure.

“Supported by our thriving user community, we are incredibly proud to move out of beta with the first production-ready K3s platform – a fully CNCF-certified Kubernetes distribution that offers all the functionality of Kubernetes in an optimised form. This means it costs less to run and is much faster to start a cluster.

“Thanks to the tireless effort of our brilliant tech teams, we expect soon to be able to deliver a sub-30-second launch time for users. For the developer who wants to test an application or provider quickly but without compromise, this is a great selling point.”

Darren Shepherd, chief architect at SUSE and creator of K3s, commented: “I think K3s has the chance to be the most widely deployed distribution of Kubernetes.

“The focus on developer and edge devices means it’s likely be used in more installations than anything else.”