Skip to content
Home » “Curiosity is a skill you can develop”: Microsoft UK’s National Technology Officer on driving innovation forwards

“Curiosity is a skill you can develop”: Microsoft UK’s National Technology Officer on driving innovation forwards 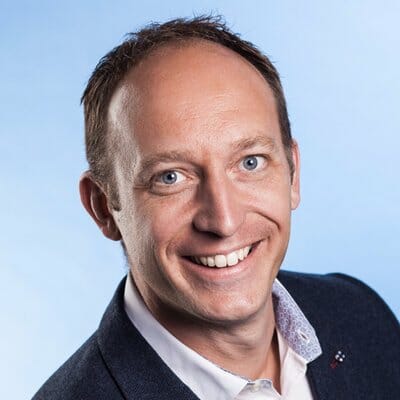 Given that Glen Robinson joined Microsoft UK as National Technology Officer in November 2019, months before coronavirus disrupted the old normal, little wonder he admits it was “a baptism of fire”. However, during the pandemic, the values that initially attracted the Southend-on-Sea-based Robinson to the pioneering, multinational technology company were validated.

Having worked in the technology industry since leaving school in 1996, he had long admired Microsoft, not least for its ability to grow and evolve over the decades. Still, when offered a role, Robinson performed thorough due diligence before committing.

“I’d seen from the outside the transformation journey that Microsoft had been going on, and I use it now as a perfect example of ‘brownfield’ transformation,” Robinson says. “It’s almost 50-years old and has had to reinvent itself constantly.”

The benevolent attitude and “growth mindset” encouraged by Satya Nadella—Microsoft’s third CEO after Bill Gates and Steve Ballmer—was especially appealing for Robinson. “Under Satya’s leadership, the values of the organisation spoke to me quite personally in how this is now more than just a tech company; it’s about fundamentally changing the world for the better.” 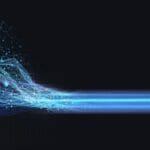 Data democracy: bringing everyone on the data journey at Microsoft

Changing the world for the better

Robinson continues: “I explored that thoroughly to make sure that wasn’t just marketing and spin, and I was delighted to hear that many people I know from many different roles in the past who work here were all consistent in saying that Microsoft absolutely lives and breathe those values.

“The pandemic experience has been agreat example of how those values truly help our decision-making and our approach to markets. We faced unprecedented demand for our technologies because of the shift to home working. But we only have finite resources, so we worked out where to focus our attention and apply the most value. It was a strong statement, which came directly down from Satya, that we needed to ensure we are preserving life and that our technology was going to play a critical role.”

Of the numerous case studies showing how Microsoft has used its pioneering technology to help with the response to the pandemic, Robinson offers two examples. First, Imperial College Healthcare NHS Trust, one of the largest in England, used mixed-reality HoloLens headsets on its COVID-19 wards to enable an entire team of specialists to join doctors virtually on the frontlines of the pandemic, keeping them safe as they helped patients with the virus.

Additionally, Microsoft is driving artificial intelligence innovation at Alder Hey Hospital, a children’s hospital in Liverpool, and allowing doctors to make life-changing decisions remotely. Robinson explains: “Recently they were conducting surgery on a child with COVID-19, and while a surgical process was mapped out, they had to stop and dial in an external consultant in real-time while they were in the operating theatre. As a result, a life-saving decision was made, and the surgical process was changed, which ultimately led to a much better outcome for the young child.

“There are multiple other examples of how Microsoft has been working with organisations like the NHS and different government departments throughout the pandemic. It has been inspirational to see, be part of those challenges and find solutions that enable customers with our technology. So, it’s definitely been a baptism of fire for me, but it’s a period that I will reflect on probably for the rest of my life and be proud of the role that Microsoft played in the UK.”

As National Technology Officer, what is Robinson’s remit? “Well, there’s only one of me,” he laughs, “so I have to be focused on my day-to-day activities. Predominantly it’s about ensuring that our customers can get the best out of the investments that we’re making in our technology. I mainly work through the lens of regulation, legislation and policy, so I take a multi-horizon view.

“Right now, a good example of that would be investments for making things like 5G, and to make sure that we’re working with the appropriate organisations. We’re factoring legislation into the way we’re engineering our technologies and services, so then when we bring them to market, our customers can use them safe in the knowledge that they surpass regulatory requirements.”

And what skills does one require to excel in his role? “I’m insatiably curious. I love finding out about new stuff, and the pace of innovation at Microsoft is thrilling because there’s always something new to learn about,” says Robinson, who also revels in his role as communities champion, encouraging co-creation with teams and providing them with a louder voice within Microsoft.

“For instance, in the last week alone, I’ve been speaking about quantum computing, underwater data centres, and using mixed reality in healthcare. Satya talks a lot about having a growth mindset, and that spoke strongly to me in terms of curiosity.”

Robinson urges others trying to succeed in a technology career to learn to be curious. “I see it as a skill that you can develop. You need to be curious, but then take that and apply it in some context that’s going to be hopefully of benefit to yourself and others.”

Finally, he believes that in a world of constant change, curiosity and a positive approach to lifelong learning will reap rewards. Moreover, by engaging and training employees, the change management necessitated by digital transformation is likely to be more successful.

“Microsoft has programmes that assist in upskilling people, and that cultural piece is so important when adopting new operating models,” Robinson says, adding: “We can share the best practices from years of helping customers and, indeed, from our own journey.”

After all, collaboration is about achieving win-win scenarios, and Microsoft UK’s National Technology Officer is keen to help others and keep learning, only partly to feed his insatiable curiosity.

Oliver is an award-winning business and technology journalist. The London-based writer's work has featured in The Wall Street Journal, The Financial Times, The Daily Telegraph, and numerous other publications. More by Oliver Pickup