David Cameron pledges extra £45M to the Internet of Things 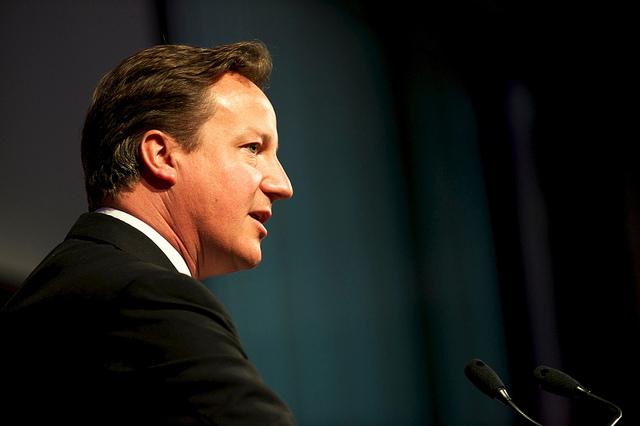 David Cameron has pledged an extra £45 million from the UK government to develop Internet of Things (IoT) technology.

The prime minister made the announcement at CeBIT in Hannover, Germany, a country he said the UK will work with to lead a “new industrial revolution”. The extra money takes the UK’s total IoT funding to £73 million.

“I see the Internet of Things as a huge transformative development – a way of boosting productivity, of keeping us healthier, making transport more efficient, reducing energy needs, tackling climate change,” he said.

“Take British ingenuity in software, services and design, add German excellence in engineering and industrial manufacturing and together we can lead in this new revolution.”

IoT continues to take the technology industry by storm. The trend will see objects of any description equipped with tiny internet-connected sensors that generate actionable data.

Some of technology’s biggest players have already sought a lead in this potential goldmine – the latest example being Google’s £2 billion acquisition of Nest Labs, which produces a thermostat capable of learning user behaviour by analysing things like temperature, humidity, activity and light levels.

Elsewhere, Apple is rolling out wearable technology and iBeacons, which can notify nearby devices of their presence, while Intel has revealed an SD card-sized PC called Edison, and Cisco has announced IOX, allowing IoT sensors to autonomously process information without connecting to the cloud.

“These are developments that could allow literally billions of everyday objects to talk to each other over the internet – using low-cost, low-power chips,” Cameron said.

“And this has enormous potential to change our lives: electricity meters that talk to the grid to get you the best deals; health monitors that keep an eye on your heart rate; water pipes that warn of a fall in pressure.”

The prime minister also used his visit to Germany to reveal another major deal with Germany to develop 5G mobile telecommunications standards, which he said will allow users to download a movie in less than one second.

“This is a world on fast forward,” he said. “A world of permanent technological revolution. And in this world, countries like the UK and Germany will only succeed if we have a relentless drive for new ideas and innovations.

“The UK tech scene today is dynamic. Relentlessly ambitious. Leading the way. It is our ambition to make the UK the most digital nation in the G8 and it is my mission to show the world that we’re getting there.”