Skip to content
Home » IT Support » CTO on our doorstep: David Genn, CTO at Goji

CTO on our doorstep: David Genn, CTO at Goji 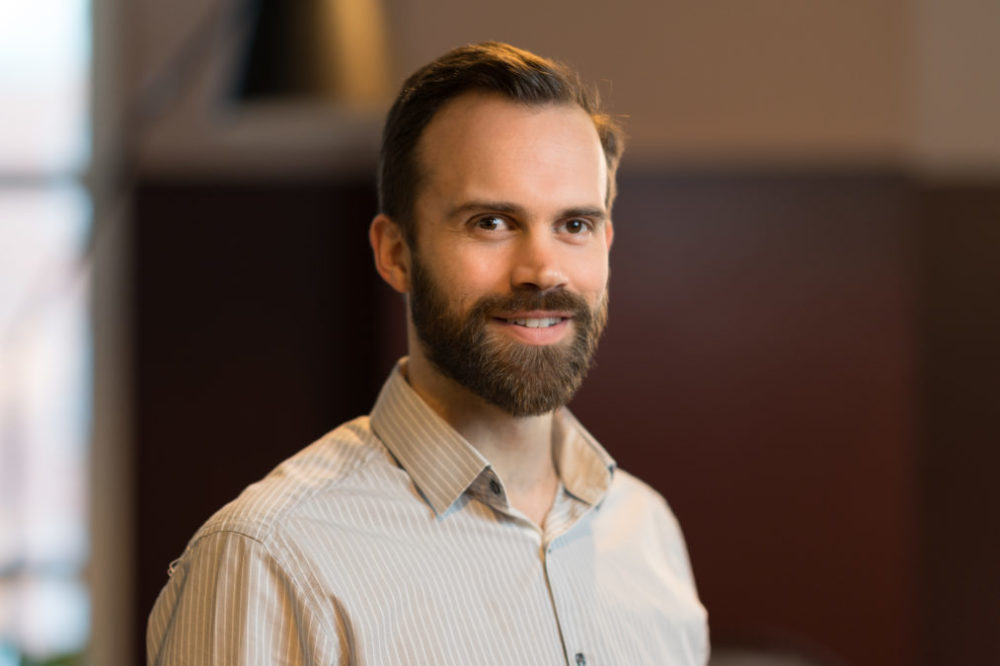 When the regulator comes knocking, companies had better be ready. So it is with the peer-to-peer lending sector which was recently the subject of a 156-page review on the part of the Financial Conduct Authority (FCA) which has proposed a new set of rules for the still formative P2P lending sector.

The issues being addressed by the FCA are as much a technology challenge as they are a regulatory one, particularly when the companies involved are very young and the technology they are utilising is quite new and innovative.

Such is the situation that David Genn found himself in when he started as chief technology officer at Goji, the direct lending start-up founded in 2015 by Jake Wombwell-Povey. Genn came to Goji from the CFD and retail trading company IG, a company which has had to prove itself as being technologically adept at the same time as facing increased regulatory scrutiny.

He is a relative veteran on dealing with the juggling act between the two. “Obviously when you start off, and you’re a very small company, I knew where we were going, and I knew that one day we were going to have all the same regulatory challenges that IG did, so let’s just build all that stuff in, right from the start,” he says.

“I think too often software developers see regulators and auditors as hurdles they have to get over, and I wanted a different approach,” he added. “I wanted to build a partnership there, and I wanted to really understand why the auditors and regulators think the way they do and build software and processes that meet that.”

As with the consumer, the task of a start-up, particularly one such as Goji working with a new asset class, is building up confidence.

>See also: CTOs on our Doorstep: Trainline CTO on prioritising the customer

“It’s a new asset class; you’re a new company; everything is new,” he says. In order to be convincing, Genn says the company were determined from the off to build a best-in-class platform that would enable it to back up its claims. “You can do as much diligence and probe as deeply as you like; we’ve got nothing to hide, in fact, we’re proud of what we’ve done. That’s been really important.”

Such is Genn’s regulatory focus that he even has a degree of what might be called sympathy for the devil. “The more I’ve worked with the regulators, the more impressed I am with them,” he says. “They have a hugely difficult job because they’ve got to regulate the IT in a bank, and all the companies between them and us. We’re a tiny company; the banks are massive; our technology couldn’t look any more different.”

Pointing to the challenger banks, he says that Goji is in good company. “They’ve got a technology stack very similar to what we do, and they’ve got comfortable with it. I think the regulators get that and they understand the way we’re doing things.”

>See also: Open Banking is a secure way to disrupt the financial sector

Genn started his career after completing a degree in chemistry at financial consultancy CHP where he was taught to code as part of the graduate programme. Though he struggled at first, it was the opportunity to go to conferences and hear about the career paths which were available that convinced him to follow a tech role.

He continues: “I went to QCon, and it’s one of the biggest software development conferences in the world. They get people from Google and Facebook and big capital market sector companies, and they talk about the problems that they were solving. And a light went on for me: that’s the stuff I want to be doing. I want to be working on those kinds of challenges. I want to be doing what they’re doing.”

>See also:  Do today’s A-level results matter to the needs of a CTO

From there it was the move to the FTSE 250 retail financial company IG and working in what Genn characterises as a “very heavily regulated market.” It was there that he first saw the potential of marrying the engineering practices of the tech giants that he had heard about at the conferences with a regulated financial trading arena.

“The idea being that if we can stay really up to date with our engineering practices, actually we make things better for the end customer and reduce the risk, rather than staying with the old-fashioned way of doing things,” he says.

The software challenge with something like IG or any of the other newer financial trading and asset classes is that time and speed are truly the essences of the business. Such are consumer expectations, the uptime for such companies is central to their proposition.

>See also: The path to becoming a chief technology officer

“The thing with CFD trading is it’s super volatile and time and speed really matter,” Genn explains. “You can trade those markets 24/7, 365, and so being available – your software needs to be available all the time, and it needs to be super-fast all of the time, and if any of those things aren’t true, then customers get really upset very quickly.”

Once Genn had been convinced to join Wombwell-Povey’s venture, he put in to practice much that he had learned about how technology is not just a cost to a business, but it is also an asset.

I just published “A few thoughts on anxiety” https://t.co/S0lVVnC370

“I think that’s probably the big role of being a CTO,” he says. “It’s bridging the gap between the technology team, stakeholders internally and stakeholders externally.”

It means explaining what software engineering is – and importantly what it isn’t. “The best way it’s been described to me is if you are a structural engineer, you go and build a skyscraper. And that’s it, done.

“With software development, you build a skyscraper and then someone says ‘oh can you just stick a floor between floor 7 and floor 8?’ You’d never do that with a building. It’s quite a dynamic. It’s more like gardening or farming than any other engineering discipline.”

Much as with other aspects of being a start-up, technology is never static. Everybody wants to add new functionality, and the constant demands of regulation and security keep everyone in Genn’s team busy.

“You just have to make sure that you are giving your team time to do that well and do that properly; otherwise it just gets more and more entangled,” he says. “If you don’t move those parts around correctly, it becomes harder and harder to make changes. It’s like if you’re looking after a garden, you’ve got to make sure you’re doing the weeding; otherwise, you can’t get the new plants in.”

Speaking of bedding in, Genn says that he made the decision early on with Goji not to outsource software development, despite the wealth of talent that is available. Instead, he opted to build his own team of full-time developers.

“No matter how good the talent is, if they’re sat 1,000 miles, 2,000 miles away, that relationship is much harder,” he points out. “And particularly in a very fast-moving business where you might say ‘oh, something has come up, we need to do this quickly.’ That’s much easier to communicate if the person is sat next to you rather than ‘oh, I need to organise a video conference and get five people on the call and explain it.’”

In searching for talent, Genn says the focus on getting the best people means it is necessarily a difficult task, particularly if seeking true diversity among the final candidates. “White men still dominate software development,” he says.

>See also: CTOs on our Doorstep: Mendix CTO on the importance of agile teams

The company also hires university interns, at present focusing on Queen Mary University in London. “I have got a good relationship with Queen Mary, I’ve hired from them before, and their computer science degree is a bit more practical than similar ones,” he says. “So they are both incredibly strong academically but they also really teach people to code, which other universities don’t so much.”

“It is a really interesting problem because, in software development, it’s not like other engineering fields where ‘this is the way you build a building’; these are the safety standards; these are the regs, this is how you do it.”

“Software development doesn’t have any of that, and there’s a debate in the industry about whether it should.”

It inevitably means that there will always be a range of opinions on how to do things, and these opinions are constantly evolving over time. In order to keep up with the pace of change, it necessarily means the team needs to have some original thinking – and team members need the ability to take those opinions on board.

“You want people that are going to come in and challenge you but at the end of the day, you need people who are grown-up enough to go well, we’ve had a debate, let’s make a decision and get on with it. And that doesn’t always happen – there are big egos in software development just as in any other industry.”

The hiring culture is vital. “If you’ve got a passion for learning and a basic technical competency, anything that you don’t know now you can learn quite quickly. However, if you are not a team player, if you’re not hungry to learn, if you don’t treat other people as peers, if you don’t go into conversations assuming you can learn from others, this is not the place for you.”

>See also: How are data roles and skills expected to change in 2018?

It is also not the place for those hoping to work on so-called ‘sexy problems’ like blockchain or artificial intelligence. “The biggest challenge for us is that financial services, the sector as a whole, is very fragmented and it’s very difficult to join up the different parts of the infrastructure,” says Genn. “To build a new asset class and make it accessible, to be traded in a way that people are used to trading every other kind of instrument, is really difficult and very capital intensive.”

“We’re trying to build infrastructure around all these really old-fashioned systems, to try and make it easier for the customers and our partners and that just makes the time to market just that much longer. I think in terms of customer outcome, if we can get our product into a SIPP, I’d argue that that’s more valuable for an investor than whether it’s done on a blockchain or not.”