5 digital leaders provide their thoughts on tech in 2018 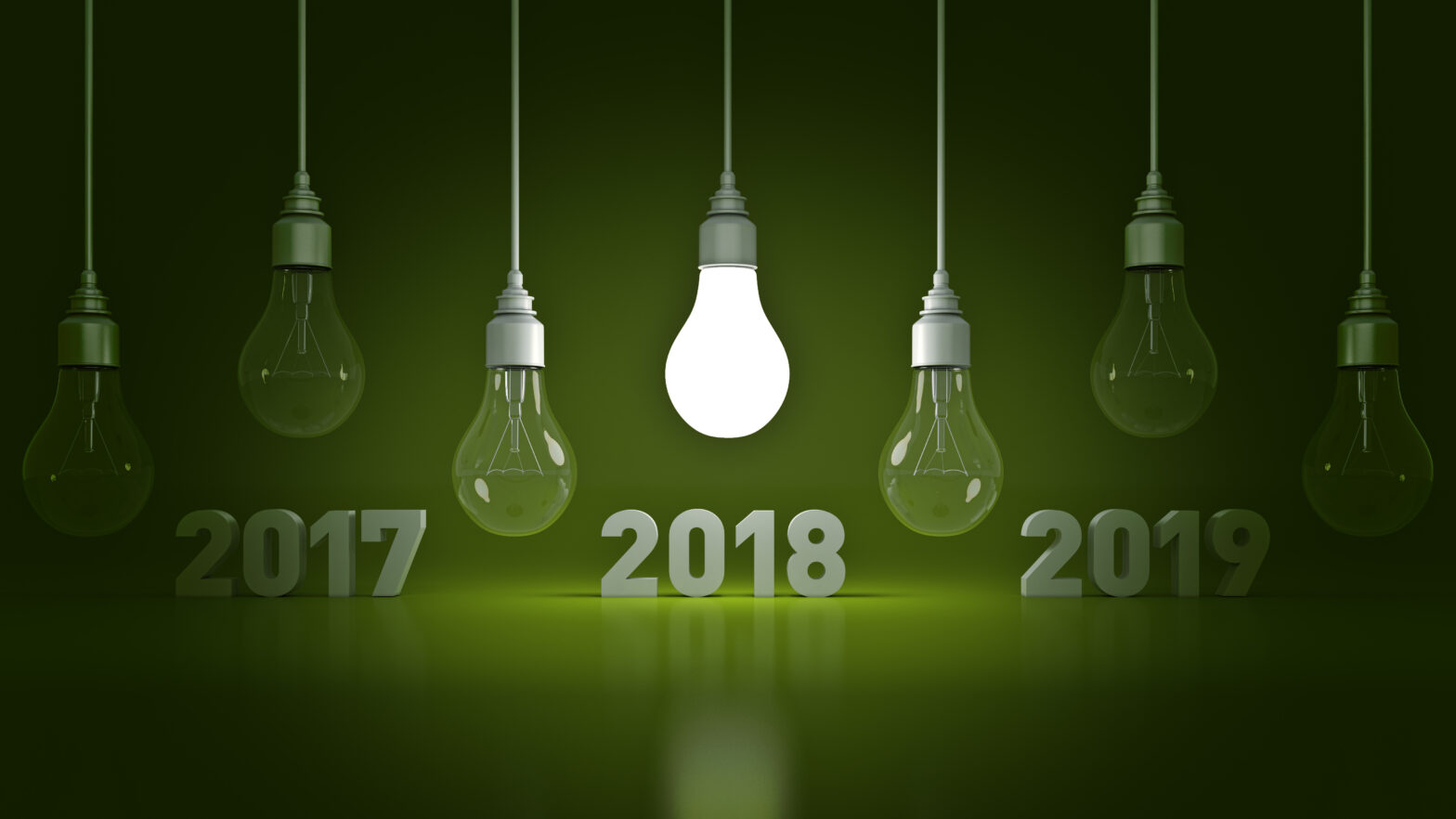 What will 2018 hold for technologies like artificial intelligence and blockchain, as well as what education and careers in the tech sector will look like in the next 12 months and beyond.

“2018 will be the year that the world is rewritten in code,” said Matt Candy, VP, UKI & Europe leader at IBM iX. “We’ll see a huge surge in organisations using tech for good and a rise in it being used to improve societies, such as applying AI to help practitioners identify and cure diseases and using VR to help train doctors or educate children remotely, wherever they are in the world.”

>See also: Technology predictions for 2018 – the CIO will lead the way

“AI has already firmly established itself over the past 12 months, going from headlines to homes. 2018 will see the rise of ‘augmented intelligence’, as AI and augmented reality combine to enrich human expertise. Every industry, especially enterprises, will be fundamentally changed through AI as it’s deployed to improve every day efficiency. Despite the common fear, I don’t see AI or robotics stealing jobs, but it will streamline existing workflow processes and automate manual tasks.”

“Finally, all companies will become software/data companies by default, as GDPR will mean companies increasingly define themselves by their access to clean, accurate data.”

2. AI in the mainstream

“AI will become mainstream,” explains Nicki Sprinz, managing director at ustwo. “It will be less of a buzzword and more an integrated part of experiences. Less a case of “we need AI in that” and more “could machine learning improve the experiences we provide to our customers?” For example, we will start to expect our banks to start learning more about our individual spending patterns and start making savings or investment decisions for us.”

“Screens aren’t going anywhere because people will always need good UI, but in 2018 we’ll see voice becoming an integrated part of customer experience. What if mainstream news and information services could have voice as part of their live updating and alert services?”

“Finally, breaking the silence around sexual harassment and violence – something which is a huge issue in the tech industry – is finally becoming mainstream. More than three quarters (78%) of female tech founders have either been sexually harassed or have known someone who’s been sexually harassed in the workplace, according to a new survey by First Round Capital. It’s about time we dealt with this.”

“The digital skills gap and its impact on the UK economy was widely publicised last year – so 2018 is the year we take real steps to close that gap, getting young people ready for work in the digital economy, and we will start to see more businesses partnering with skills and education providers to input into and help them deliver courses and lessons,” believes Amanda Follit, chair of Young Talent at BIMA.

“Organisations from the private sector need to support the education system in order for this to happen, because schools and universities simply don’t have the resources to do this alone; most schools can’t afford a computer for each student in their classes, and don’t have people from within the industry teaching tech subjects.”

“There are very simple things we can do to help schools – for example, if a student has four or more encounters with an employer during their time at school, they have an 86% lower chance of being NEET (a young person who is not in education, employment, or training”) – just meeting and talking to an employer about what they do can mean they won’t be left behind when it comes to finding employment later on.”

“We are also starting to see Generation Z shunning traditional university degrees in favour of getting straight into the world of work or even starting their own businesses.”

“This will result in significant changes in the workplace, especially regarding flexibility and efficiency to adapt to the needs of this generation to attract them in as talent, and this digitally native generation will also begin to address some real social problems by using technology.”

4. The application of blockchain

Lawrence Weber, managing partner at Karmarama tell Information Age that while bitcoin has been a buzzword for years now, “a lot of people don’t realise is that the underlying tech – blockchain – is actually a lot more interesting to the wider world than just those who are dealing in cryptocurrency.”

“Many people mistakenly think that blockchain is only applicable to financial services, but the technology has so much potential for a host of different sectors and brands in terms of transparency, security and privacy.”

“For example, take Provenance, a startup giving consumers a sense of provenance in the food supply chain by recording the constituent ingredients from a product all the way to it being put on the supermarket shelves.”

“We as an industry need to be prepared to ignore the media hype and look at how the underlying technologies can be applied elsewhere – I believe that in 2018 people will truly wake up to the tech that can really solve business problems for brands.”

5. Crypto as a currency?

“Money and talent will increasingly move away from legacy industries, and into transformative tech solutions,” says Bridget Beale, MD at BIMA. “For example, petrochemical industries are becoming economically less viable as solar and other clean energies become more efficient e.g. the work of Oxford PV which boosts the efficiency of commercial silicon solar panels.”

“I expect crypto to continue to be highly volatile in 2018, but for investors to continue to pour money into the sector and for trading prices to stay sky high on average i.e. I expect the bubble to be sustained across the year, albeit with major fluctuations in value at times.”

“I don’t see 2018 being the year that crypto finds viable usage as actual currency, but rather that we’ll see further fortunes made in areas like gamification of the blockchain instead, like CryptoKitties.”