Skip to content
Home » Topics » Business & Strategy » Digital leadership: Do CIOs have it in them?

Digital leadership: Do CIOs have it in them? 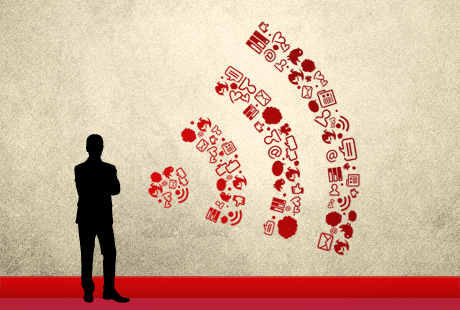 There is, of course, no concrete meaning of ‘digital’, as it is used in this context. But the term is usually used to describe web-based technologies, social media and mobile.

Sceptics might argue that these are simply the ‘cool’ bits of IT. CEOs don’t want to read about their company’s data centre procurement or content management strategy: they want to hear about mobile apps and Twitter followers.

But there is at least one meaningful distinction between ‘digital’ culture and the conventional world of IT: the latter has traditionally focused on optimising the former is more directly linked to the way in which the organisation communicates with the outside world.

It is therefore unsurprising that a company’s chief marketing officer is just as likely to be given responsibility for ‘digital’ as the chief information officer.

The drivers that are putting digital technologies at the top of the business agenda are unavoidable. Smartphones and tablets have made the web pervasive.

Customers and employees carry the Internet with them everywhere they go. That clearly has implications for the way that businesses operate.

Social media is now established as a pillar of modern culture, and no business can afford to be absent. Cloud computing, which means that applications are more like websites than software packages, is arguably another facet of the ‘digital’ sphere, as is big needs of the large web operators. No-one would deny that all of these developments have significant ramifications for business. But there seems to be little clarity about what businesses should do about them.

According to a survey of 350 CEOs by analyst company Gartner, more than 50% now have a digital strategy in place. However, according to the survey’s?author, Mark Raskino, there is very little consistency in what companies understand ‘digital strategy’ to mean.

Perhaps this explains the recent spike in mentions of a ‘chief digital officer’ role, and discussion of digital leadership more broadly. Businesses evidently want someone to come in and take responsibility for the digital agenda.

Some argue that IT leaders, who have spent their careers overseeing business process automation and infrastructure optimisation projects, are not fit to provide this leadership.

There may be some truth in this, but then again, no other executive – aside perhaps those from within the e-commerce sector – has more relevant skills. Getting to grips with what the business understands ‘digital’ to mean and what it wants from digital technology is something that IT leaders cannot put off any longer.

British organisations are among the world’s most proficient ‘digital’ innovators. Clothing brand Burberry, for example, has a razor-sharp focus on providing customers with an integrated online and physical shopping experience.

The company’s 44,000 square-foot flagship store in London’s Regent Street was designed to reflect the fashion retailer’s website, with rooms such as Bespoke and Acoustic mirroring the branded sections of its website.

It also uses digital innovations to give shoppers a different experience when buying clothes. Shoppers trying on an item in the store’s plush fitting rooms are treated to a film, displayed on the mirror, of that item being shown off on the catwalk or in marketing videos.

Digital technology also allows Burberry to move at the speed of fashion. For example, the trench coats shown off at its autumn/winter shows in February 2013 were available to order online the moment the catwalks were clear, with buyers offered engraved brass name plates for the items, adding a personal?touch to off-the-peg fashion.

And the approach is paying off in spades. Its revenues for the year ending 31 March 2013 were up 8% on 2012 to £2 billion, thanks in part to its opening of 23 new digitally enhanced stores.

Indeed, a significant tranche of the £200 million that it has earmarked for capital expenditure in 2014 will go towards its digital initiatives.

Another digital pioneer is – to everybody’s surprise – the UK government. Faced with demanding cost-cutting targets, the government sees the digital delivery of public services as a way to reduce expenditure while enhancing citizen experience.

As Cabinet Office minister Francis Maude told the Sprint 2013 conference in London earlier this year, the government estimates that transactions are 20 times cheaper when made digitally than by phone and 30 times cheaper than by post.?

Given that there are roughly 1 billion transactions made across government each year, the opportunity to drive cost savings is huge. But as Maude said at the time, there is a clear need for digital leadership to realise those savings.

“At the moment, government provides more than 650 transactional services, serving about 1 billion users per year,” Maude said. “But there are only a handful where a large majority of people who could use the online option do so.?

“Half don’t offer a digital option at all – and apart from a handful of services, if there is a digital option then few people use it because it’s not sufficiently fast or convenient,” he said.

Responsibility for driving the digital agenda falls to Mike Bracken, who was appointed to the £140,000 a year role of ‘digital director’ in 2011.

Whether digital leadership requires its own executive position is a matter of some debate.

In the UK government’s case, Bracken’s appointment – combined with the recent decision to scrap departmental CIOs – represents a much-needed break from the past.

Some proponents of digital leadership argue that conventional IT leaders are not up to the job. According to Peter Hinssen, a member of the advisory board for the Center for Digital Transformation at the University of California in Irvine, CIOs have become synonymous with supplying copies of Microsoft Office on laptops, or document sharing via SharePoint servers.

“Very few had a solid influence on how companies deal with content, how they build up knowledge and how they could innovate with information,” he adds.

As a result, the digital revolution is passing many IT leaders by, says Hinssen. “CIOs are still struggling with past ‘criminal records’ starring complex and very painful ‘IT projects from hell’,” he says.

“Therefore, we see that many chief digital officers in companies do not have an IT background. They come from such well- reputed corporate regions as marketing, business development and sales – from anywhere but IT, actually.”

Martin Gill, a principal analyst at Forrester Research, says that many CEOs are rightfully wary about handing digital transformation programmes over to the guy that is “stuck in the mainframe era, with its 12-month development life cycles”.

Not everyone sees the matter of digital leadership in such adversarial terms, however. Cliff Evans is CDO at management consultancy giant Capgemini. He was previously the company’s IT director, and does not believe that the two cultures are all that different.

There are many business functions that might have an interest in digital transformation, such as IT and marketing, argues Evans. But there is no cast- iron rule to say where digital leadership should come from, he adds.

At Capgemini, the impetus to appoint a CDO was driven in part by the company’s long-standing commitment to technology-enabled business improvements, and in part because it reflected what was happening in many Fortune 500 companies, says Evans. But you don’t need a CDO in order to have digital leadership, he argues.

In industries that have undergone – and continue to undergo – massive shifts, wrought by the digital revolution, such as the media, entertainment and retail, having a single person responsible for co-ordinating digital strategy is an attractive choice.

“Digital leadership can be provided by anyone from the CIO or chief marketing officer to the head of the start-up you’ve just acquired,” says Evans. “The common theme is that they must have a broad knowledge of the opportunities and grasp how they can be translated into a strategy that fits with the organisation’s culture.”

Others even warn organisations against appointing a CDO. Ray Wang, founder of analyst group Constellation Research, says that while some firms that are comfortable with being at the leading edge of business trends have created a CDO role by bringing together the best of the CIO and CMO, more cautious firms “should wait and see if there is a need for this position”.

As usual, the endless debates about executive titles are a distraction from what really matters: identifying the work that needs to be done. And it is fair to say that no significant digital transformation can take place without some contribution from IT.

In Burberry’s case, for example, its celebrated digital strategy was made possible in part by the consolidation of its SAP instances and a strong focus on its supply chain.

And if one needs evidence that seasoned IT executives can lead digital transformations, look no further than retailer John Lewis. The company’s online sales last Christmas rose 44% compared with the previous year, thanks to its multi- channel strategy to engage customers across email, web, social, in-store and interactive TV.

All of this has taken place under the leadership of Paul Coby, one the UK’s best-known CIOs and former IT leader at British Airways.

As Forrester’s Gill puts it, “It’s far more important that the organisation has C-level executives that understand digital than it is to appoint a CDO.”