Dispelling the 3 myths that put women off the IT industry 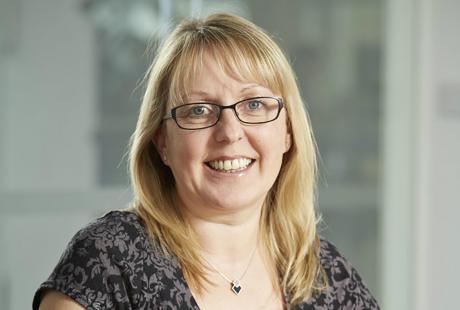 There is an imbalance in between genders in the tech industry and there are myths surrounding the sector that put women off the IT industry.

Nominet research has found that the top three career choices for 11-18 year olds are IT related, however there’s still an imbalance between genders.

When discussing why they wouldn’t choose a career in IT, young women said they were put off as they believed IT to be either too boring, technical and hard, lonely, or overly male-dominated.

Altering these perceptions is key to attracting more talented females into IT roles in the future.

Here, I attempt to dispel some of the negative perceptions that prevent many women from entering the IT sector.

1. IT is boring, technical and hard

While technical expertise is needed to work in IT, it certainly isn’t boring, and there’s bound to be a role to interest everybody. I chose security, but it could be developing apps, data science, and more.

I have experienced an incredible scope of work, a lot of which isn’t technical, and relies much more on soft skills than you might think.

I’ve also found IT to be very strategic, especially when it comes to understanding and evaluating potential risk – a key element to my role.

2. IT is a largely solitary career

10% of girls say they’d imagine IT too solitary a career to consider.

In truth, it’s the opposite. Much of my time is spent inducting new employees face to face with cyber security policies and training, and always being on hand to answer employee’s queries.

I also work closely with other departments – namely the HR department – to develop a culture of security awareness, which include initiatives like clear desk competitions and social engineering exercises. Many IT roles involve close collaboration in large teams.

3. IT is too male dominated

16% of young women cited IT as being too male dominated to consider as a career – this one is sadly true.

The gender gap is still far too wide – women make up only 17.5% of the UK’s ICT professionals

I am proud to be a woman in technology. Having been previously named Security Champion of the Year at the Women in IT Awards, I am now a judge and would love to encourage more young women to pursue a career in IT

If anything, I believe IT has less of a glass ceiling than other careers. If you have an aptitude for it, working in an IT role gives you great career progression opportunities – our own head of business systems, Barbara Bellis, comes from a developer background.

More needs to be done to challenge young women’s negative perceptions of IT careers. We need to dispel the idea that IT is boring, technical, hard or lonely, if we’re ever to change the reality that is the gender gap.

Bridging the gender gap could have huge economic benefits too. If we were to bring as many women into the IT industry as men, it could benefit the economy by £2.6bn

Better IT education, in-school career advisors and after school clubs could help us improve this, but I would also encourage my fellow women in IT to stand up, be role models, and help us change the status quo once and for all.