Drones save almost one life per week on average – DJI 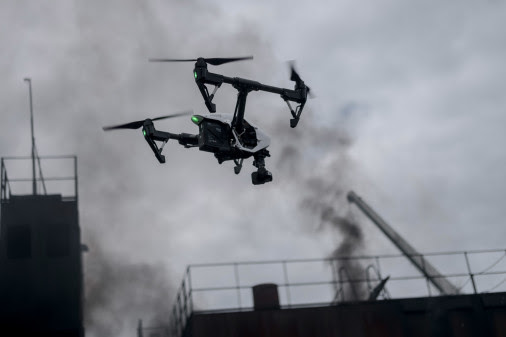 DJI, the world’s leading maker of unmanned aerial vehicles, has released the first-ever survey of lifesaving drone activity, finding that drones have rescued at least 59 people from life-threatening conditions in 18 separate incidents around the globe.

More than one-third of the people rescued were saved by drones operated by civilian bystanders and volunteers offering their services to help professional rescue personnel, indicating that the widespread adoption of personal drones offers a concrete benefit to public safety.

>See also: Can drones be taken seriously in the supply chain?

As drones have become more widely used by public safety agencies as well as individuals, the rate of lifesaving drone work now averages almost one per week.

DJI’s report is based on a survey of media reports collected from around the world, and almost surely undercounts the number of lifesaving activities undertaken with drones.

It includes rescues made on land, on water and in flooded areas, as drones found missing people, brought them water and supplies, and in several cases brought them life jackets or rescue ropes. The full report, with links to media coverage of each incident, is available at this link.

“The clear conclusion is that drones are regularly saving lives around the world. This is occurring even though professional rescue crews are just beginning to adopt UAS technology, and in many cases are relying on bystanders or volunteers to provide lifesaving assistance,” commented the report from DJI’s Policy & Legal Affairs Department.

“DJI is at the forefront in efforts to develop best practices and optimal standards for firefighters, rescue services and other first responders to integrate drones into their command protocols. As these efforts continue, we expect the number of lives saved by drones to continue to grow.”