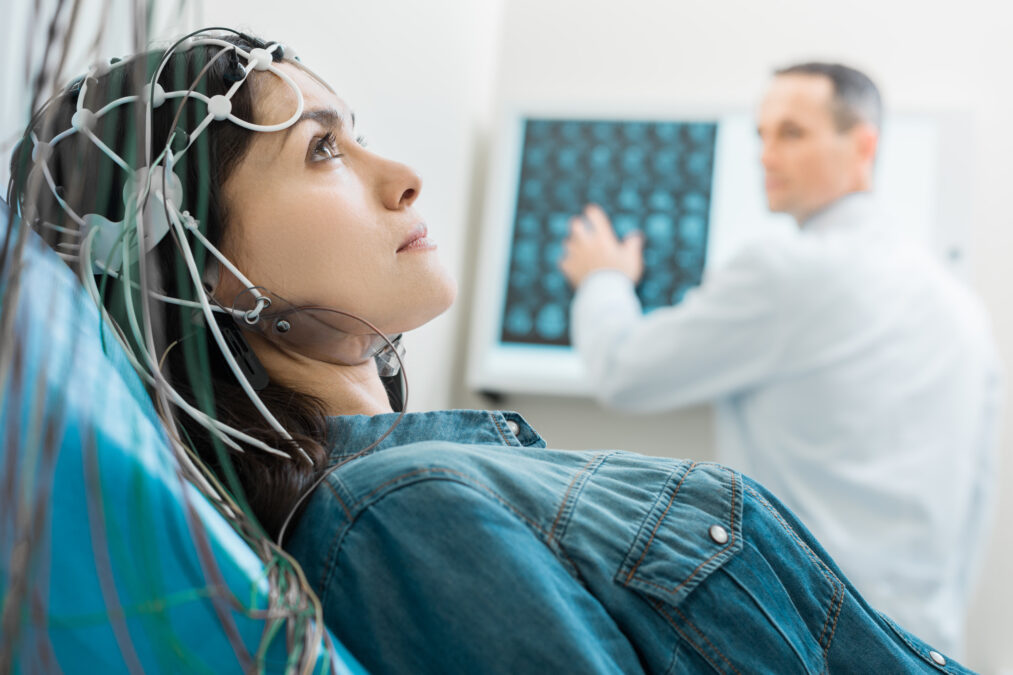 Medical technologies working together including AI, gene-editing tools and patient wearables will transform all our health outcomes, says Michael Baxter

Imagine the Covid pandemic had occurred a few years earlier. Technology that has only existed for a few years enabled remote working, reducing the economic impact of lockdowns. But new technology played another key role. As Pfizer itself acknowledges, digital technology and AI played key roles in the rapid development of the Pfizer and BioNTech vaccine. It says, for example: “Using artificial intelligence and machine learning, our scientists were able to more quickly quality-check and analyse the vast amounts of data associated with the (vaccine) trial.”

According to BCG, no fewer than 150 small-molecule drugs [Timothy A1] are at the discovery stage at biotech companies, and 15 are in clinical trials.

AI can greatly speed up drug discovery. For example, German company Evotec and Exscientia from Britain took an anticancer molecule to Phase 1 clinical trial in eight months using AI, whereas using traditional methods, the process might have taken four to five years.

>See also: New emerging technologies to watch out for

The applications of AI in healthcare go beyond drug discovery when it comes to medical diagnosis and in analysing data to develop preventive care programmes.

Currently, there is some debate over the accuracy of AI diagnosis versus diagnosis by humans. A recent paper published in the BMJ compared AI’s effectiveness in diagnosing breast cancer using image analysis with radiologists. It would appear that AI is not yet ready to take over from human experts.

However, while AI in cancer diagnosis is not new, it is still an emerging technology in healthcare — it is likely to advance significantly. At some point, it will pass a tipping point, and cancer diagnosis will dramatically speed up, saving lives in the process.

But AI has further applications in healthcare when it comes to preventive care. The combination of data from genome sequencing, wearable technology and image analysis is likely to transform preventive medicine radically.

Wearable technology is another key emerging technology in healthcare. Deloitte estimates worldwide shipments of wearable devices will hit 320 million worldwide in 2022 and will increase to 440 million in 2024.

At one level, smartwatches can measure steps or distances walked in a day. On another level, wearable devices can help measure heart monitoring for people with severe conditions.

Other examples include Dexcom’s technology which helps in glucose measuring to support patients with diabetes, and various wearable technologies are being applied in rehabilitation from a stroke. Eventually, wearables may be applied in helping to even anticipate a stroke.

Emmanuelle Charpentier and Jennifer Doudna were awarded the 2020 Nobel Prize in Chemistry for their work on CRISPR-Cas9, so it is still a relatively new area, but its implications are profound. The technology allows precise edits to the genome, which could help eliminate disease, create hardier plants and wipe out viruses and parasites.

Doudna once said: “The power to control our species’ genetic future is awesome and terrifying. Deciding how to handle it may be the biggest challenge we have ever faced.”

Another illness that you could treat using CRISPR (clustered regularly interspaced short palindromic repeats) is sickle cell disease. A leading company in this area is CRISPR Therapeutics, which Doudna co-founded by Emmanuelle Charpentier.

Another company operating in CRISPR is Intellia Therapeutics, which is developing gene editing technology to treat the rare but life threatening transthyretin amyloidosis. And one of that company’s co-founders is also Jennifer Doudna.

Meanwhile Editas Medicine says it is focused on translating the power of genome editing systems into a robust pipeline of medicines for people living with serious diseases around the world.

A company called Verve Therapeutics recently launched a trial of VERVE-101, a gene editing medicine as a treatment for a form of cardiovascular disease.

Virtual and augmented reality as emerging technologies in healthcare is especially relevant in surgery, to begin with as a training tool but may eventually support robotic surgery where a robot, maybe working at a tiny scale, can be controlled remotely.

According to Global Data, the market for augmented reality in healthcare will reach $76bn by 2030, overtaking virtual reality en route.

Immersive reality can also be invaluable as an information tool — for consumers, augmented reality could indicate the nearest defibrillator, while surgeons are already using it to overlay 3D digital models of CT scans onto patients in the operating theatre.

In recent years many analysts focusing on healthcare, medicine and pharmaceuticals have commented on a slowdown in the rate of innovation. However, emerging technologies in healthcare seem likely to change that.

Indeed, we may be on the verge of a healthcare revolution as AI analyses data from genome sequencing, wearables and various images while CRISPR technology supports the editing of DNA, and immersive reality literally adds a new dimension to all our healthcare.