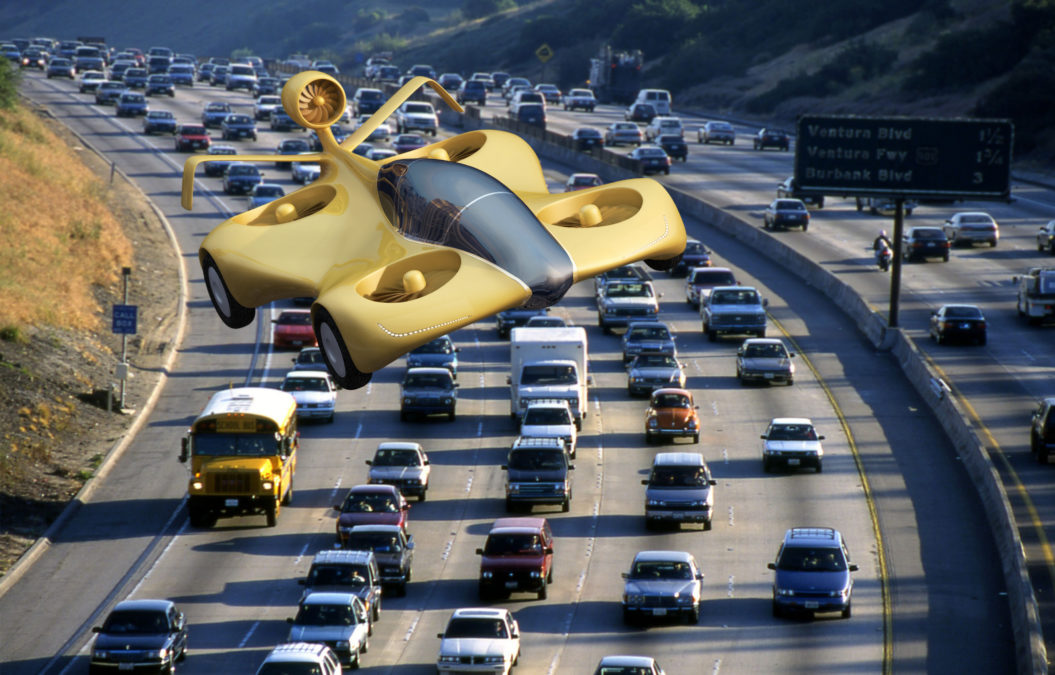 Peter Thiel, co-founder of PayPal and venture capitalist, once said “We wanted flying cars, instead we got 140 characters.”

And indeed, ever since the TV series The Jetsons, the future was that place where we had flying cars. But then as Yogi Berra said; “It’s tough to make predictions, especially about the future.” Yet flying cars do seem to be gaining altitude, as it were.

Prasad Satyavolu takes up the story:

According to the UN, 68% of the world’s population is expected to live in urban areas by 2050. As more and more people flock to cities, we will see denser populations, increased traffic congestion, and greater pressure on urban transportation and mobility.

Most cities have limited public transport options, a lack of parking space and busy roads. Add more people to the equation, and the result is cities in deadlock. The muscle of the economy translates into disgruntled commuters who are finding it increasingly difficult to get around, and our infrastructure capacity is being stretched to its limits. When reimagining cities, it is crucial that we identify how technology can be used to find ways to ease urban congestion, and how it can make city living and mobility faster and better, while remaining affordable.

So, why not look to create an airborne highway? It is not entirely surprising that Uber has partnered with NASA to design an urban-air traffic control system, with the aim of launching a flying taxi service by 2023. Ultra short-haul air travel, such as flying Uber taxis, could help ease some of the pressure that simple daily commutes will put on cities in the future. Not only could it ease congestion worries, but also might remove the need for people to own their own vehicles. Shared ownership and ride-sharing, apps like BlaBla Car and Ola, are flourishing as commuters look for better and more comfortable travelling alternatives.

The idea may seem far-fetched in terms of product design, but manufacturers are further ahead than we would think, and the UK government is already in discussions over exploring public opinion on the technology as advised by the Department for Transport. In fact, if public opinion lies in favour of flying cars, they may be manufactured in as little as 15 years, although certain safety considerations and regulations would also need to be clarified in the process.

“Smart” is one of those terms that has become practically meaningless due to overuse. We have smart devices, smart houses and any day now we’ll be living in smart cities. What does that even mean?

So, will flying taxis and a three-dimensional highway be the cure to inner-city deadlock by 2035?

Transforming cities into a system

What is most likely to slow down the emergence and adoption of flying taxis is something that we take for granted: our infrastructure. A transport system is traditionally made up of a number of components – humans, infrastructure, businesses, government, policy and all different modes of transport. Technologies such as Internet of Things (IoT), Blockchain, artificial intelligence (AI), mobile and other smart personal devices are beginning to play an increasingly important role in our transport system. In fact, these technologies are becoming infrastructure in their own right, and will play an increasingly significant role as consumers and businesses evolve.

Why do businesses and society need smart cities? To survive…

As part of Information Age’s Smart City Month, we look at why businesses and society need smart cities. It’s about transformation and sustainability

As the population booms, communities and cities must re-think the future of human mobility. Mobility needs are constantly shifting in line with human behaviour, but economic considerations, such as city plans for diversification, demographic changes and migration patterns will also have a significant impact on the transportation system. Our cities are going to need to become an ever-evolving system that not only takes into consideration the physical aspects and people’s experiences, but also has a digital infrastructure that can adapt to the needs of a changing community.

Congestion of road networks is a problem infiltrating cities globally. Flying taxis have the potential to alleviate it. But what happens as more and more people begin to use this new alternative?

Imagine lifting half the current traffic commuting in and out of London above ground. As we currently stand, our systems simply are not ready to deal with the complexities of high-density traffic in the air. And unless businesses and governments work together to scale to the demand, we will face a new kind of congestion – digital congestion.

Travelling smart: the future of transportation

From the public’s perspective, the technological transformation of the transport industry will be the most impactful to society

Real time, closed-loop feedback will be vital for optimising the flying taxi ecosystem. This means creating platforms that can interact with each other to capture, process and share vast amounts of data from other flying cars, weather and traffic sources.

To prevent digital congestion from becoming a problem, taxi platforms, such as Uber, will need to have Edge Intelligence to be able to handle increased digital traffic. It will be critical that these central systems act as nerve centre for the “Intelligent Mobility” and are able to handle the volume of data passing through at the required velocity. To that end, flying taxis will need to be enabled with low latency network capability with 5G roll outs.

This will also be important for ensuring our airways don’t become congested and dangerous. As more drones and eventually flying taxis enter our airspace, manufacturers will need to ensure that vehicles can be tracked and controlled, so we can be transported safely from A to B. 5G will also help flying taxis establish real-time communication networks between vehicles, and other modes of transport and infrastructure. But to achieve this at scale, Uber and a range of other new start-ups entering this space will need to develop a secure communication arrangement, like our current air traffic control system, so that it doesn’t over burden networks.

Furthermore, since most of our transportation needs are currently fulfilled through a “physical” system (such as a car or a bike), marrying up digital systems with physical components will be essential. This means creating platforms that interact with each other in capturing myriads of data from “physical assets” to offer the best public transport option personalised to the needs of the user.

How smart cities will lay the way for autonomous cars

Around the world, projects are underway to create driverless cars and introduce them to roads. Yet these cars are only as powerful as their surroundings

The energy Ecosystem for flying taxis is yet another element that needs attention. The changing landscape of propulsion technologies from fossil fuel based to an electrically charged battery powered environment needs further development to enable flying taxis. Significant advances in battery technology coupled with a viable charging infrastructure will have to be planned in tandem with the adoption curve.

Before flying taxis take off, businesses and government bodies across the world will need to re-think the basics of urban human mobility. Road congestion is only set to worsen with time, but 5G and the Internet of Things could prove to be a prime opportunity for businesses beyond Uber to experiment with ultra short-haul air travel.

To overcome the risk of digital congestion and respond to every aspect of the design of three-dimensional motorways, we need to adopt a consortium-based approach, where entrepreneurs, organisations and governments work collaboratively to introduce flying vehicles one step at a time. As cities become an ever-evolving web of connections, we must make sure the right digital infrastructure is in place to support an entirely new mode of transport. Only if we increase cross-industry collaboration between public and private sector bodies will we be able to prevent gridlocked cities in the future.