Skip to content
Home » Ransomware » Forensics and the Internet of Things: the car of the future will be a data goldmine

Forensics and the Internet of Things: the car of the future will be a data goldmine 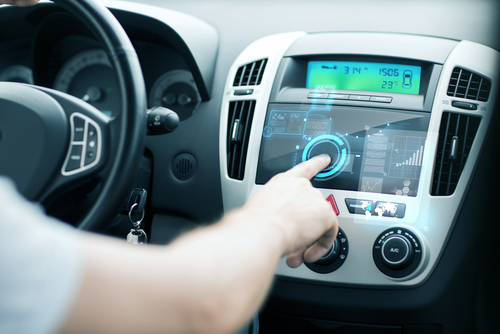 Driverless cars have recently been given the green light. The UK Department of Transport hopes autonomous vehicles will be ready for trial by January 2015.

Whilst driverless cars dominating the UK roads may be not be a reality for some years to come, in the past few years, in-car technology has progressed swiftly.

It is predicted that adoption rates for the new generation of connected cars will gain in popularity over the next few years. If the car was once considered a communication blackspot, it is now evolving into a hub of voice and data connectivity.

The connected car industry is expected to grow to $39 billion by 2018, according to GSMA Research, with vehicles incorporating technologies such as cloud computing, wireless and GPS.

As our digital footprint extends – from PCs to mobiles, gaming devices and, now, to cars – it has created new interest from the forensics community.

Whilst the connected car is not a new concept, demand is growing rapidly for in-car connectivity with around half of all consumers now considering access to Wifi, navigation and infotainment services as a factor in selecting a new car.

According to a Telefónica report on the connected car industry, the number of vehicles with built-in connectivity will increase from 10% of the overall market in 2013 to a massive 90% by 2020.

This Telefonica report follows a raft of announcements from the auto industry with leaders like Chrysler, Ford, BMW and General Motors now investing in technology that incorporates text-to-voice solutions, enabling drivers to check email and text messages as they drive.

Most recently, Google revealed a new operating system for cars, Android Auto, a new smartphone interaction system with a focus on navigation, audio and messaging, which allows drivers to control and interact with their smartphones via their car’s built-in entertainment system.

Data in the dashboard

This promises great benefits for the driver who will have access, at their fingertips, to a host of advanced functions.

While your next new car is uploading a Facebook status or streaming the latest Coldplay album, it is going to be gathering and storing a tremendous amount of data.

Typically, in the majority of today’s cars, this information is stored in several embedded systems within the vehicle. This is because there are two technologies at play in “smart” cars: infotainment and telematics.

Infotainment technologies include a collection of devices that provide audio and visual entertainment, as well as automotive navigation systems. Telematics is the integration of telecommunications and information such as Bluetooth.

The car’s technology infrastructure connects these technologies. CAN bus – a vehicle bus standard – enables microcontrollers and devices to communicate with each other within a vehicle without a host computer.

Whilst, typically, this information is not easily retrievable as it's often stored in one or many of the embedded systems in a vehicle, it could yield valuable evidence to support an investigation.

Among the information that can be found by examining a car’s unit is: a history of phone calls, contacts and address book information, dates and times of car journeys current and previous programmed destinations, and recent and stored locations.

There are, of course, security implications as cars become more akin to 'computers on wheels’.

In-car technology now means that stories of hackers with the capability to take over a car’s steering and braking capabilities are hitting the headlines.

At Defcon, in July, two security experts demonstrated that they could take control of two popular models of car, while someone else was driving them, using a laptop.

Internet connectivity also opens up opportunities for attacks and vulnerabilities in systems, which may lead an unsuspecting user to download a malicious app.

We're on the cusp of significant advancements and, as with any major leap forward with technology, there are far-reaching implications and boundaries that will need to be established to protect our security, privacy and safety.

However there's another side to these advancements. Telematics and communications capabilities open up opportunities for shoring-up security for fleet management, protecting the occupants of the car and improving safety for individuals in high-risk situations – such as those working in law enforcement or for government agencies.

Cellular connectivity can be used to pinpoint a car's precise location, which has clear benefits from a security standpoint – alerting owners to theft.

Moreover, in the same way as an organisation can 'baseline' normal activity across endpoints on the IT estate, anomalous activity can be identified with the car – for example, irregular journeys that don't match a typical pattern of behavior, or the presence of malware that could interfere with the car’s performance.

>See also: The Internet of Things – not just a numbers game

Then, the ability to make connections with other data could open up new ways of managing investigations and shorten the time of investigations.

These capabilities have already been used by investigators to assist in criminal and civil matters. Last year, for example, police in Glasgow were able to connect an individual to attempted murder after discovering the tracking device on the Audi A3 he was driving placed him in the location of the attack. Evidence, then, that might never otherwise have come to light, proved critical in securing a conviction.

As in-car technology progresses and our digital footprint extends, we could be on the frontier of new possibilities in securing and protecting drivers and occupants or cars, and helping investigators to join the dots and speed up investigations.

The car of the future could hold the key to faster and more streamlined investigative processes.