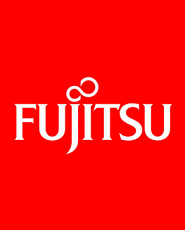 14 February 2002 Japanese systems vendor Fujitsu is to take on systems management giants Hewlett-Packard (HP), IBM Tivoli, Computer Associates (CA) and BMC Software with the European and US release of its SystemWalker suite.

The launch will intensify price competition in the systems management software market. The company has priced the product at around a tenth of the cost of a roll-out of similar software from IBM Tivoli, according to Rob Horsfield, business development manager for Fujitsu Software in Europe.

Instead of focusing on the saturated high-end, Fujitsu plans to start by targeting the mid-market where major vendors have struggled to make an impact. This is because their products are simply too expensive and vendors have been reluctant to cut prices for fear of undermining their lucrative high-end sales.

SystemWalker offers features such as deployment, asset management, network device monitoring, software distribution and remote control. It can also connect with products such as BMC’s Patrol application management software, providing a standard console from which to manage all an organisation’s systems management tools.

SystemWalker has been available in the Asia/Pacific region since 1994 and Fujitsu claims that it is the most popular systems management tool in Japan with a market share of just under 50%.

The release marks one of the first stages in the Yokohama, Japan-based company’s plan to shift its focus from hardware to the provision of software and services. At the same time, it is also considering a European launch for its InterStage application server.

However, Fujitsu’s TeamWare groupware product will be “de-emphasized” – a tacit admission that it has failed to make any headway against IBM Lotus, Microsoft and Novell in this highly competitive sector, outside of its core Japanese market.

TeamWare was one of the software products that Fujitsu subsidiary ICL picked up when it acquired the computer hardware business of telecoms equipment maker Nokia in 1994.