Bridging the gender gap in tech 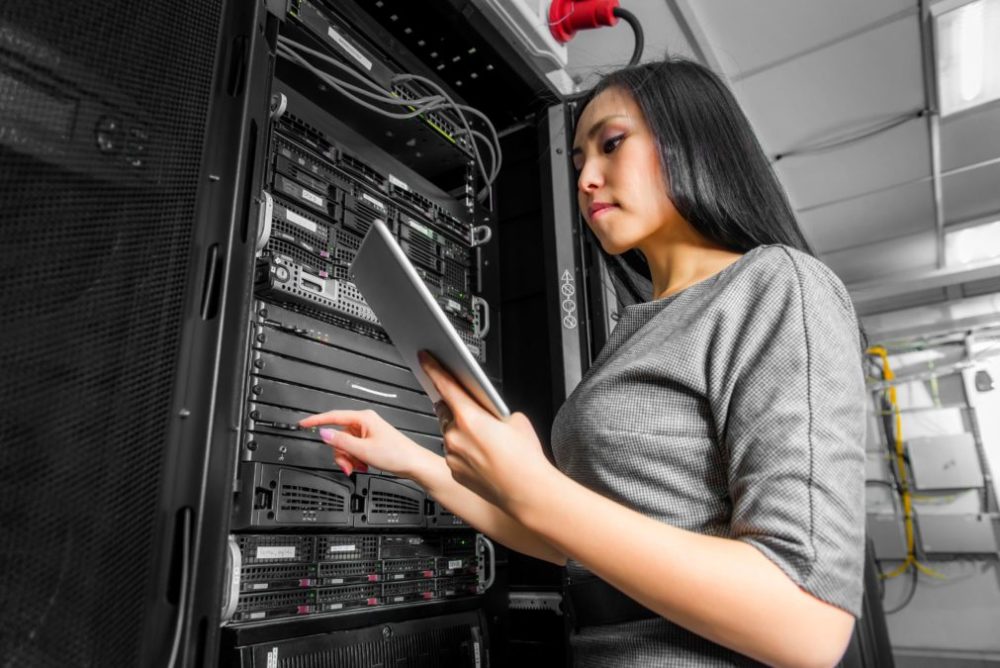 September is a month of new beginnings, with sixth formers starting A-level courses, students beginning degree programmes, and graduates entering the workplace keen to put their qualifications to the test. In 2018, I’d like to think diversity in the tech sector is improving, that more girls are studying STEM (science, technology, engineering and maths) and more women are taking up roles in computer science or programming; sadly this is not the case. In reality the gender gap in tech is widening with fewer girls choosing to take STEM courses or enter technical careers and women accounting for just 17% of UK tech workers. Those that do enter the industry are struggling to climb the career ladder, with female software developers in the 35+ age group 3.5 times more likely to be in a junior position than their male counterparts and just 5% of leadership positions in the tech sector held by women.

>See also: ‘A strong diversity and inclusion agenda helps with the merger of …

Why does the gender gap matter?

The disheartening gender imbalance in STEM is impacting women in a very practical sense, by depriving them of rewarding and potentially lucrative careers. For instance, five years after degree completion, women with maths degrees typically earn 13.4% more than other female graduates. But the significance of the gender gap in tech is about far more than financial reward.

Technology has become an integral part of everything we do, so women must be as much a part of its evolution as men. With women representing half the users of technology, their input into its development is vital, and businesses are missing out by not having females in positions where they can influence strategy.

>See also: How important is diversity in implementing a successful DevOps and …

Diversity matters to businesses in a broader sense too. Teams that contain different types of people, with diverse thought processes, varied approaches to problem-solving and unique experiences to draw from, perform better than teams made up of similar individuals. U.S. research by the National Center for Women and Information Technology (NCWIT) reveals teams with equal numbers of men and women are more likely to experiment, be creative, share knowledge, and fulfil tasks than teams of any other composition.

By bringing women into the leadership team, tech companies can benefit from a real diversity of thought that ultimately drives better outcomes. Rocket Software is quite unique compared with other tech companies I’ve worked for, with five female technical and business leaders, and the positive difference in conversations and decision making at board level is palpable.

>See also: What are the advantages of diversity for tech businesses?

What can be done to bridge the gap?

The obvious place to start reducing the gender gap is in schools, where girls are first introduced to potential careers and the qualifications required to embark upon them. The results of a PWC study suggest girls don’t consider tech as a career as they aren’t given enough information about what jobs in the sector involve, and because nobody is putting tech forward as an option. Just 3% of girls say a career in tech is their first choice, versus 15% of boys.

When choosing A-level courses, a study by the Institute of Fiscal Studies reveals lack of confidence is a major issue preventing girls from taking physics, with over half of respondents worrying about difficult classes or poor grades, despite being predicted 7-9 (A or A*) at GCSE. The same study shows two-thirds of high-achieving girls believe STEM jobs are male-dominated, with many put off studying these subjects because they would be in the minority. By the time they reach university, just 30% of female students are studying STEM subjects compared with 52% of males.

>See also: Diversity in tech is essential for business success: How to achieve it?

The image of both STEM subjects and the careers they can lead to needs addressing at an early stage in girls’ education to make a real impact on the gender gap. The Campaign for Science and Engineering has published a new policy review on improving diversity and inclusion in STEM, with key recommendations for government to improve career guidance and a strategy to increase female take-up of STEM. Ideally, schools need programmes designed specifically to generate and maintain girls’ interest in these subjects if they are to make a real difference.

One way to change the image of tech as a career is through strong female role models. The PWC study reveals almost 80% of students can’t name a famous female working in technology, while over two thirds can name a famous man. But role models don’t have to achieve celebrity status, they just need to outline the tech opportunities available and illustrate how careers in tech might unfold. Women who achieve success in the tech sector can share their experiences by teaching a STEM or tech class in school, or by participating in careers events and providing a living demonstration of how rewarding the profession can be.

Role models are just as important for women who have already entered the tech sector and are climbing the career ladder as those who are still in education. By becoming a mentor for someone just starting out in tech, forming a professional women’s group, or speaking at tech events and conferences, women can inspire and advise, helping to build the tech leaders of the future.

>See also: Why is it important to build increasingly diverse security teams?

A lack of role models is one of the reasons women who do decide to embark upon careers in tech don’t progress in line with their male counterparts, but it’s not the only factor. The NCWIT research indicates women in the 25-34 age group are dissatisfied with IT career prospects due to unsupportive working environments – the well-publicised ‘brogrammer’ culture – and the necessity to make excessive sacrifices in their personal lives. With many women leaving the sector before they make it to the top it’s little wonder there are so few role models to inspire the next generation.

Male domination of the tech industry results in gender bias at all levels and this must be addressed to attract and retain female talent. Tech companies need to be more open to flexible working practises and to create positive working environments where diversity is celebrated and encouraged, giving women the opportunity to advance within the industry and bring their unique contribution to the table.

Completely closing the gender gap in tech is a tall order, but it is necessary if women are to access rewarding careers in the sector and technology companies are to benefit from the diversity of thought, experience and leadership women can bring. By addressing the image of STEM subjects and tech careers at an early stage in education, by encouraging strong role models to illustrate what a career in tech might look like, and by promoting open and supportive working environments, we might just start to bridge the gap before September rolls around once again.