Skip to content
Home » Diversity » GIS: a move towards gender neutrality in IT

GIS: a move towards gender neutrality in IT 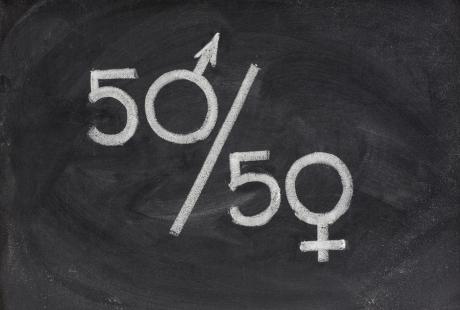 What made it different from many of the other IT events held in the capital, though, was the large proportion of female industry experts in attendance, making it arguably the most gender neutral IT event the industry has ever seen.

We have become used to seeing news stories on the lack of women in IT (with the general consensus being that on average only 17% of IT workers are female).

Yet, at the Esri UK User Conference, it was almost double that.

In fact, drilling down further into the list of attendees shows that almost half (45%) of GIS analysts and just over half (52%) of GIS technicians were female.

At a tipping point

More interesting, perhaps, is the fact that this trend is expected to continue as the next generation of GIS workers graduate into full time employment.

Some 64% of the 98 GIS students in attendance were female, meaning that gender neutrality may even go past equilibrium in the near future.

>See also:Ladies first: can we now talk of a step change for women in tech?

The reasons behind the trend are open to conjecture, but some point to the fact that, by its very nature, the GIS industry doesn’t employ traditional geeky techie people but rather leans towards mathematicians and geographers.

Breaking up the old boys club

What also makes GIS so appealing to both sexes is that the technology is intuitive and can be applied to so many different industries.

As such, GIS is an ideal route into the wider technology arena, as a data scientist I know said about the GIS industry: “it is a way to break into the old boys club”.

But there is more progress to be made before we see a more gender neutral senior management line-up in the boardroom as it is still stilted towards the top.

The trend we are seeing from graduates will address this imbalance in the coming years.

It is heartening to see so many initiatives now looking to get children as young as five into coding from an early age.

Without such a paradigm shift there is an impending skills gap on the horizon not just in technology but in other industries such as engineering – that won’t be filled by men, so the focus needs to widen.

GIS is taking up the reins and providing a blueprint for success.

>See also: Why can so few FinTech firms boast of gender diversity?

GIS is now on the national curriculum and through the investments such as the Esri UK’s CSR initiative, GIS technology is now being used in some 140 universities across the UK on a range of courses including architecture, biology and geography.

The amount of students being exposed to what can be accomplished with GIS is increasing month by month and is why so many graduates of each gender are coming up through the ranks of education establishments interested in exploring a career in the sector.

Whilst we won’t truly break the glass ceiling for some time yet it is encouraging to see that, over the past five years, half of those joining our graduate programme have been female so the move towards a balance has begun.

Sourced by Sarah Lewin, head of pre-sales and tech research at Esri UK