Global semiconductor revenue growth in 2018 was weaker than 2017

“Despite slowing growth, the memory market was still the largest semiconductor market, accounting for 34.3% of revenue,” said Andrew Norwood, research vice president at Gartner. “This was driven by increases in average selling prices (ASPs) for DRAM for the majority of 2018. However, ASPs began to decline in the fourth quarter and this will continue through most of 2019 due to oversupply conditions.”

Samsung Electronics managed to keep its lead as the top semiconductor vendor, with 15.5% of the market share. However, because 88% of Samsung’s revenue comes from memory sales, the company may not hold the top spot for much longer.

“Samsung’s lead is literally built on sand, in the form of memory silicon, and those shifting sands in 2019 will almost certainly lead to Samsung losing its number one semiconductor crown to Intel in 2019,” said Norwood.

Intel’s semiconductor revenue grew by 12.9% compared with 2017, despite delays in the introduction of 10 nm manufacturing process and a constrained low-end CPU supply situation in the second half of 2018.

SK hynix experienced the strongest growth among the top 10 worldwide semiconductor vendors with a 37.4% increase in 2018.

The second-largest category — application-specific standard products (ASSPs) — saw growth of just 5.1% due to the declining tablet market and a stalling smartphone market. 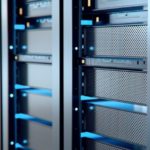 Worldwide server revenue grew 17.8% in the fourth quarter of 2018

In many cases, vendors that depend on these end markets to sell application processors and other components saw semiconductor revenue decline.

Leading vendors in these areas, including Qualcomm and MediaTek, are aggressively expanding into adjacent markets with stronger prospects for growth, including automotive and Internet of Things (IoT) applications.

“2019 will be a very different market from the previous two years,” concluded Norwood. “Memory has already entered a downturn, there is the looming trade war between the U.S. and China, and mounting uncertainty about the global economy.”

However, similar to the maturation of the PC market, a mature smartphone market is likely to continue to be a headwind in 2019 for companies with high exposure.