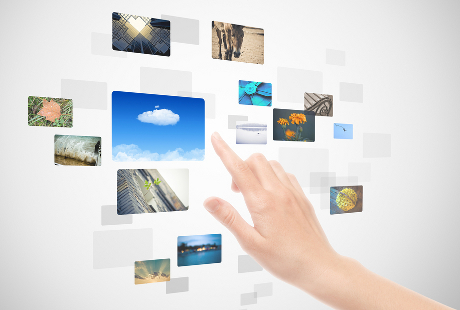 The company, launched in 2010, says its mission is to “build joyful-disruptive products using computer vision — the next frontier in HCI (Human-Computer Interaction) — and change the world forever by making gesture based interaction with computers ubiquitous.”

It produces an app for Mac and Windows that provides gesture detection to control programs like iTunes, Quicktime and Chrome. Rather than using a dedicated device, such as Microsoft's Kinect game controller, it can use any webcam.

In an announcement on its website yesterday, Flutter CEO Navneet Dalal said its app will remain live and operational, and that it will be continuing its research at Google’s California offices.

“When we started three years ago, our dream to a build a ubiquitous and power-efficient gesture recognition technology was considered by many as just a dream… since then, we have strived to build the best machine vision algorithms and delightful user experience,” said Dalal in a statement on the company’s website. “We share Google’s passion for 10x thinking, and we’re excited to add their rocket fuel to our journey.”

Financial details of the buy, along with details of exactly how the technology will be used, have not been disclosed but TechCrunch reported the deal to be worth around $40 million (£24 million).

Other companies investing gesture recognition technology have included Intel, which acquired Israeli motion sensing software company Omek in July. “The ability to understand and interpret the movement of human bodies in 3D has huge implications for the entertainment, medical, fitness and automotive industries, amongst others,” Omek CEO Kutliroff explained to Reuters in January.

Another well-known gesture control company is Leap Motion. Earlier this month, Hewlett-Packard announced that it will build Leap Motion's hardware-based system into a range of laptops.

There have been some business applications of gesture-based controllers, mainly using Microsoft's Kinect. Last year, a group of researchers developed a Kinect-based system for training mechanics, analysing their movement as they work and suggesting improvements.

Microsoft sells a Windows edition of Kinect that it beileves could be used in many mainstream computing environments. "We see human-computer interactions that are coming closer to mirroring the way humans naturally interact: effortless, transparent and contextual communication between users and technology – by using voice and gesture – is now becoming possible,” said Oscar Murillo, user experience architect for Kinect for Windows, at a conference last year. “We see interactions that are as natural as human beings themselves.”