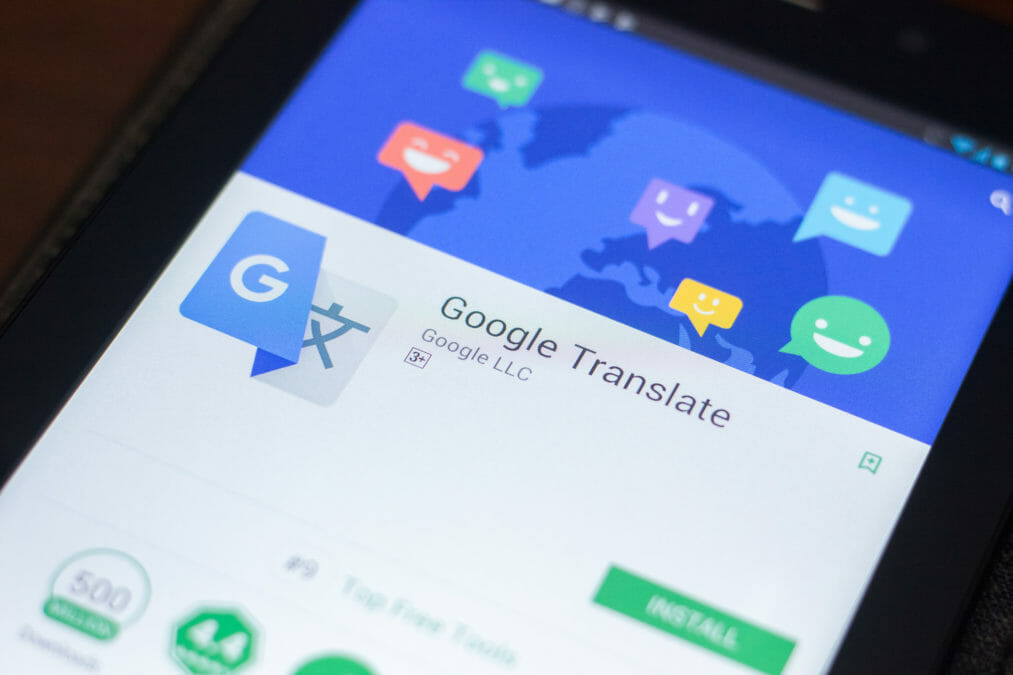 Google Translate is on the cusp of releasing a brand new feature which will allow consumers to transcribe and translate a conversation in real-time using just their smartphones. At a San Francisco press preview in January 2020, Google demonstrated how the software can record audio and create translations in text format into another language. As well as offering instant results, this live transcription feature also enables the program to continuously update its translation based on the context of what else is being said, which will offer significant improvements to the accuracy of the finished document.

Though there is no fixed launch date — Google has only revealed that the feature will be released “in the future” — this is an exciting development in AI translation technology, but one which has raised serious questions over the future of professional linguistic services. If users can obtain instant language solutions without paying a penny, is there still a place for expert linguists in the translation market?

It’s not hard to see why Google Translate’s latest update is so appealing to consumers. The software remains free, easy to use, and provides users with instant translations. The key difference is that the app is poised to produce even more accurate results, and despite the fact foreign language learning in the UK is at its lowest level since 2000, more people than ever need to communicate in different languages, making the app particularly useful.

When it comes to far-flung holidays, over 60% of 16-34 year-olds use their smartphones to translate the local language, and as noted by Raconteur, AI-enabled apps like Google Translate have “helped bring down the cost of translation dramatically” for businesses working on an international scale. In 2018, Google’s CEO Sundar Pichai reported that the program was translating 143 billion words daily, but the meticulous power of its new technology means Google Translate’s popularity will surely grow and attract even more users.

These impressive technological developments also mean that Google Translate is going to produce more accurate content than it ever did before. Its live transcription feature will constantly evaluate sentences, continuously correcting word choices, adding punctuation, and taking accents and regional dialects into account. This means that, unlike word-for-word translations, Google will be able to use context to inform its output. As encouraging as this may be, it’s important to remember that AI translators can still make mistakes, and machines will never understand human speech in the same way that people do. 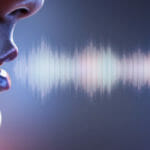 One of the greatest challenges we face in the digital generation is building the bridge between the abilities of the human thought process and the possibilities that lie within autonomous technology, particularly how we teach our human-like understanding of words in context to machines. Natural language processing (NLP) is a step towards developing this autonomous ‘thinking’ capability. Read here

The odd error isn’t too problematic in menial circumstances, like a tourist trying to translate their dinner order. However, for crucial materials like conference minutes and business documents, nothing less than a perfect translation will be acceptable. There’s no guarantee that Google will pick up on the context and nuance which underlies everyday language, and the program may also fail to register tone of voice, perhaps missing hints of sarcasm, compassion or other distinctly human states and emotions.

These seemingly small omissions are particularly risky within complex industries like medicine and engineering, particularly if Google’s software is unable to fully grasp the meaning of sector-specific terminology. For example, in the case of financial translations, professional linguists Global Voices insist that accuracy is about far more than just numbers: “Financial translators should understand the industry inside out, and be aware of new developments in the sector, as well as being fluent in the target language.” Google Translate will not be well-versed in advanced financial concepts, nor be aware of the industry laws and practices of every country for which it offers translations. Only a professional translator with a learned combination of language fluency, cultural awareness and sector expertise will be able to produce an impeccable translation in these circumstances.

Google Translate’s latest update is clearly a major breakthrough in the world of AI translation software and it’s reasonable to predict that this will probably be the first port of call for linguistic queries. However, this certainly doesn’t mean we’re heading towards a future where professional translations no longer serve a purpose. 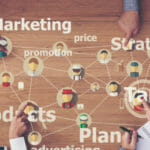 Artificial intelligence in marketing: when tech converges with the traditional

Artificial intelligence in marketing is more common than you would think and today, the CMO and CTO are working more closely to make it a success. Read here

Like many other automated services, certain needs will be adequately met by a computer program, while others will require a human touch. For casual use, Google Translate will remain a massively convenient tool, and this new update will make real-time communication across different tongues easier than ever. The instant removal of language barriers offers a valuable and accessible means of enabling connection and boosting cultural understanding.

Nevertheless, for professional purposes, authorised human translation services still come out on top. In any project where mistakes and misunderstandings could wreak havoc, expert linguists can offer the skill, talent and insight to produce faithful and flawless translations, no matter how complicated the content.