Skip to content
Home » Topics » Business & Strategy » The great IT migration: Women in IT Awards’ CIO of the Year

The great IT migration: Women in IT Awards’ CIO of the Year 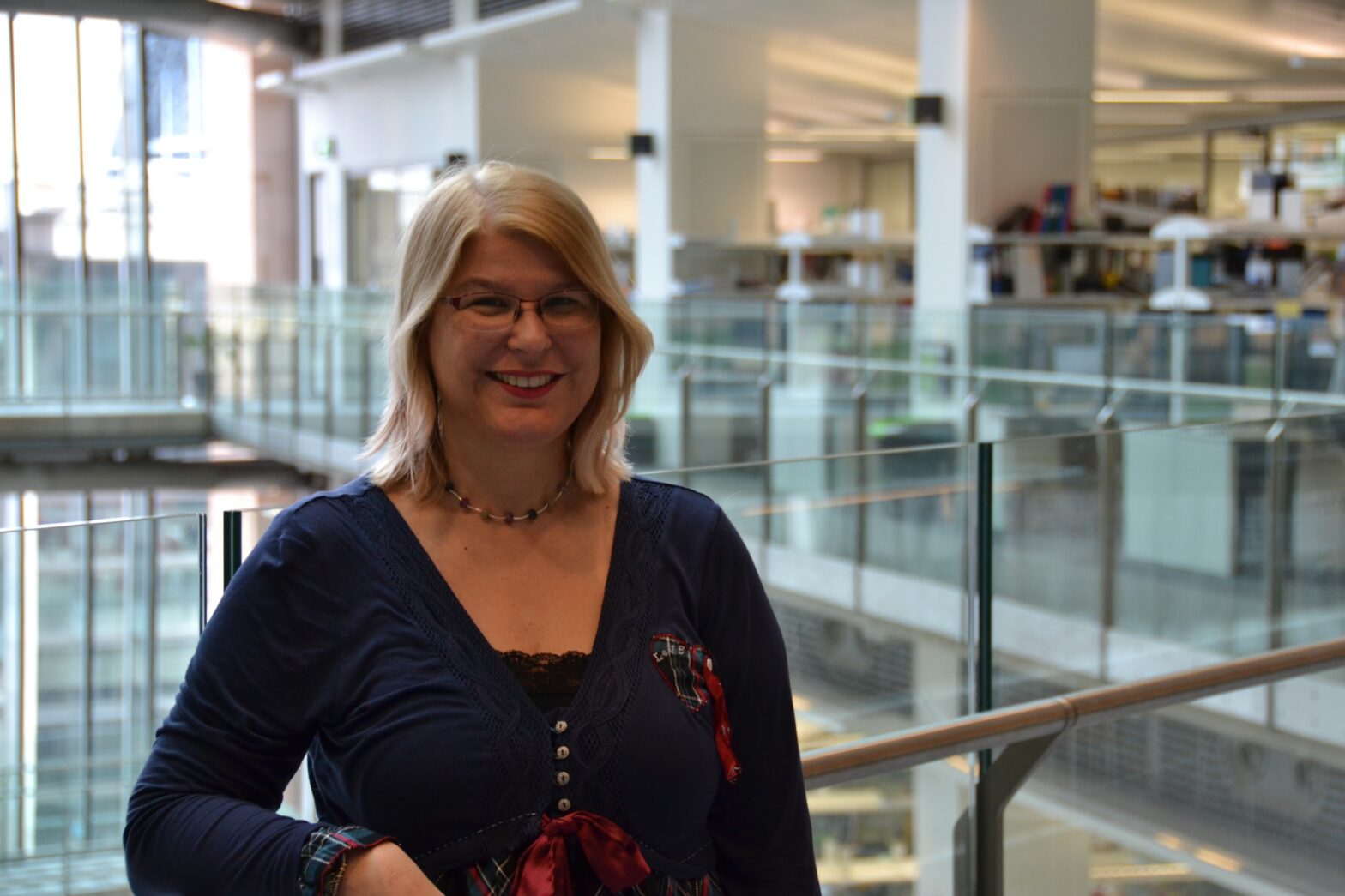 The Crick is the largest centre for biomedical research under one roof in Europe, and it was opened by the Queen in 2016. Alison Davis joined as the first permanent CIO in November 2013, and since then has introduced an incredible variety of IT systems to cater for the needs of the new institute.

‘We had the unique combination of a start-up, a merger and a move to a new laboratory building,’ Davis explains to Information Age. This combination was a significant challenge for the IT team, to enable the Crick to be up and running in time.

The eventual success of what was a mammoth three phase IT strategy and migration meant that Davis was recognised as the CIO of the Year, sponsored by AWS, at the fourth Women in IT Awards in London last month.

The start-up and the merger: The first phase of the IT strategy was enabling a fledgling start-up. ‘Originally, there were about 100 Crick staff in total’, recalls Davis. Her mission was to set up new systems from scratch, including finance, procurement, logistics and HR, in addition to core infrastructure systems like email.

This IT challenge was further complicated by the merging of two legacy institutes which were previously part of Cancer Research UK and the Medical Research Council. These would come to form the structural core of the Crick in April 2015. At that point, the fledgling systems that Davis had been putting in from November 2013 had to suddenly take on 1300 staff who had very different requirements than the 100 strong office-based project team.

>See also: Out of her shell: Women in IT Awards’ CIO of the Year

‘For example, the procurement system had to be able to handle things like liquid nitrogen and consumables for labs, which is very different to the simple needs of an office environment, like stationery,’ explains Davis.

The scale of the operation was further exemplified by the need to migrate 1800 email accounts and over 2TB of history on to Office 365, with one of the merging institutes not using Exchange. ‘We had historical folders of scientists who had in some cases been in the organisation for 30 years, and had to get them into the right place in the new email system,’ says Davis. This first phase was achieved successfully, with all systems working from day one.

Getting the building up and running: Phase 2 required an intense collaboration between Davis’ IT team and the construction team involved in building the Crick. The building’s
management system was ‘about five times as complicated as The Shard,’ says Davis, ‘because it’s managing scientific lab environments. It all runs across the converged network,
which my team were installing, so the joint delivery was key.’ The IT team and their partners were also preparing on and off site data centres.

In addition, during this period the Crick, including IT, had to maintain normal operations across four legacy sites. Davis worked with all the teams to plan a federated support model, which enabled them to work effectively. ‘We had to work together to make sure that the IT staff started to function as a single team and that we could continue to provide support to the existing operations, while ensuring that we maintained focus on delivering the new capabilities,’ says Davis.

The 18-week IT migration: The judges of the Women in IT Awards identified this migration – phase 3 – as the main factor in Davis winning the award. The judges felt that this exemplified what it means to be a CIO. ‘Finally, we had to migrate people into the new building, which involved moving the total staff from the legacy sites and also some secondees from the Crick’s university partners (a total of around 1500 people) over an 18 week period,’ reveals Davis.

‘It was originally supposed to be 38 weeks, but the timescale got compressed because the building was delivered late. Having anticipated that we would have some time to
get the service functions, such as IT, into the building first to get the operations established, we ended up moving into the building the same week as the first labs.’

During the uncertainty of delays, Davis kept her team motivated and ensured that they were ready to respond with agility. An array of brand new services were set up ready for the new Crick occupants, including a data centre housing a research computing platform (2.6PB of data storage, 3,000 cores of compute), unified communications and computer
aided facilities management (CAFM).

The migration itself involved rolling these capabilities out to the arriving users, as well as the move and reconfiguration of more than 2,000 personal computers, liaising with labs to connect scientific instruments to the network, transferring 25 lab websites and 400 databases to a new central platform, while keeping all legacy services running over the migration period and finally, decommissioning the legacy sites.

The scale of effort was staggering, and made the successful delivery of this all the more impressive. The key marker was that there was minimal disruption to those entering the new building.

‘It was very much about a team effort, with everyone rolling their sleeves up and putting their shoulders to the wheel. The collective effort was really striking when you consider that the team was made up of a mixture of staff from the former institutes as well as new hires and contractors. Because of the delay to the move, we had no time to establish ourselves as a group before starting to migrate users. Having a common goal certainly helped as it gave us shared clarity and focus. I was particularly pleased that the award recognised this phase of the programme as it was such a complete team achievement.’

This smooth transition was aided by a formal – although uncommon – system of ‘lab buddying’, which Davis instigated and promoted with her management team. ‘This worked in tandem with the presence of IT floor walkers, who were there to offer technical support, which is more common in moves.

The additional idea was that for each lab, one of the senior IT management team was their ‘lab buddy’. We would engage with them before they moved just to check that everything was ok and then visit after they had moved to see how they were settling in. It was about them having a point of liaison with the senior team, so if things weren’t working they could escalate to us. The combination of the lab buddies and the floor walkers was a critical success factor in terms of the outcome for the end users, and we got very positive feedback.’

Since then Davis and her team have been building what they’ve done, working to optimise systems and processes and building out the scientific computing platform even further with enhanced storage capabilities and better resilience.

‘We have to be continually thinking about how we can support the scientific endeavour of the institute in a way that it is cost sustainable. We’re a charity, we don’t have lots of money. We have to think about how we can work creatively with partners in order to make sure that we continue to enable the Francis Crick Institute and our scientists to work with cutting edge scientific techniques. One of the key enablers is being able to cost-effectively manage the data that they’re generating. That’s the biggest driver for me moving forward at the moment.’

>See also: Taking the IT departments pain away

Indeed, Davis has worked personally with the scientists to establish governance that allows for their engagement in resource allocation, while maintaining the flexibility to respond to scientific needs for exploration and experimentation. This personal engagement places IT within the Crick as integral to the innovation behind the scientific research taking place in the labs – breaking down the stereotypes that IT just serves to keep the lights on, with no strategic importance.

IT’s place in an organisation

Those in the technology industry understand that IT plays an integral role to both the running and the strategy of a business.

‘The challenge for the CIO is that you’re often reporting to people who don’t fully understand your technical discipline, unless you’re in an IT company. This can sometimes make it challenging for IT to get the attention it deserves and to raise awareness of how it can help an organisation reach its strategic aims.’ explains Davis.

‘There’s always the risk that there will be some people who see IT as just keeping the lights on and don’t see it as strategic as it can be. We know that we have more that we can do, to optimise and build on what we have already delivered. However, the really nice thing, following the award, is the response I’ve had from some of our scientists, who have been very positive about how IT has already been supporting their research.’

Raising awareness about women in tech

The Women in IT Awards represent an opportunity to celebrate the achievements of women in the IT and tech space, while prompting meaningful discussions and actions in relation to closing the gender gap.

>See also: Top tips for migrating to the cloud

‘Something I would say that I have recognised over time, is that it is important to showcase what women can do, in order to act as an inspiration to other women’ says Davis.

‘I admire what other women achieve and still like to have people that I look up to myself. I know many of the other women who were finalists for the award and they all do great work. However, I also believe that we need to inspire women to enter IT careers, especially from school. I brought two sixth form girls as guests to the Women in IT Awards with the
hope that in a small way, I can make a contribution to doing that. There’s no point in complaining about not enough women in senior levels if they’re not coming in right from the outset.’

The business value gained from diversity is a no-brainer. That is the all-round consensus from those involved with the Women in IT Awards, and is generally accepted in the wider industry.