Skip to content
Home » Topics » IoT and M2M » How do you connect a piece of paper to the Internet of Things?

How do you connect a piece of paper to the Internet of Things? 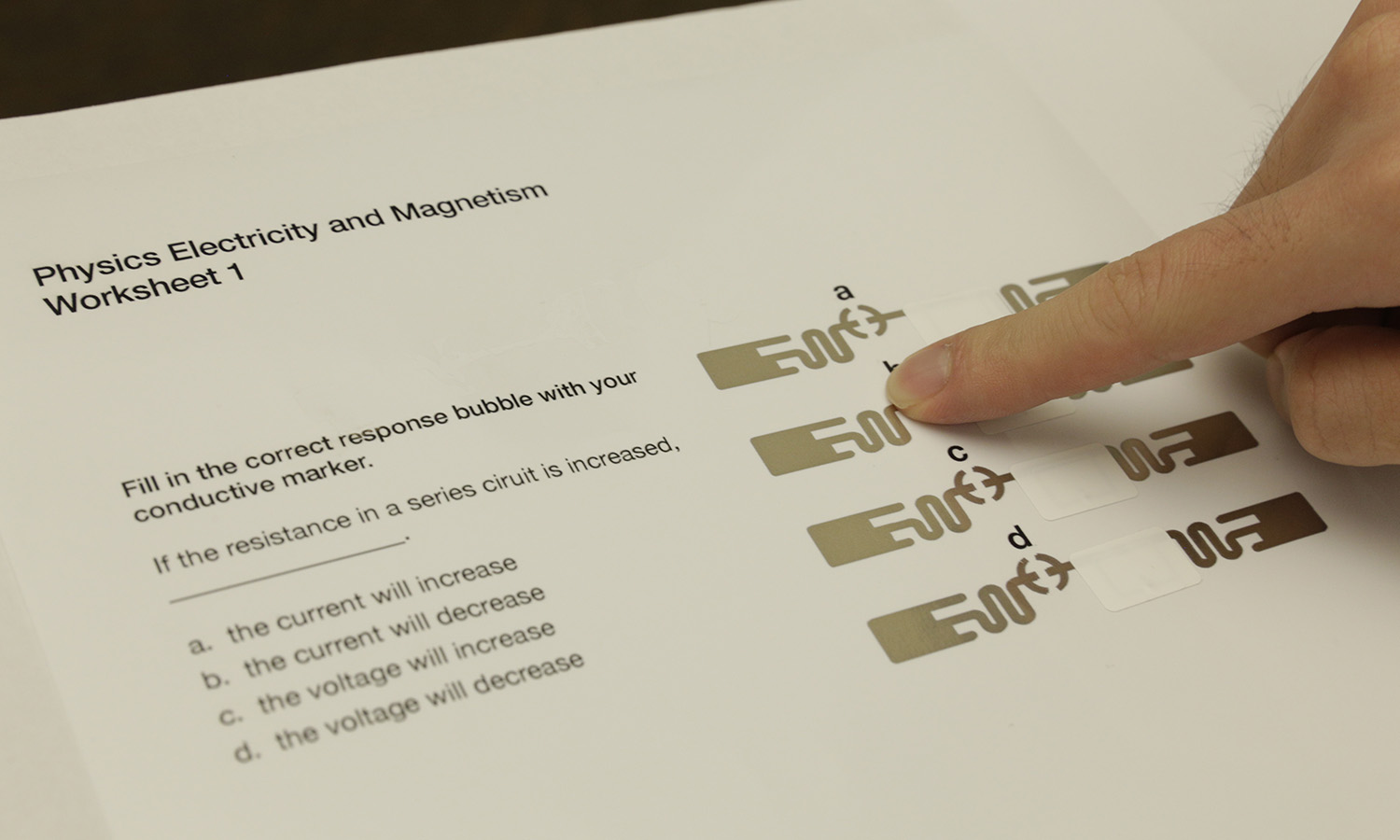 Radio Frequency Identification (RFID) is a technology that has been around for more than fifty years. An RFID is a small electronic device made up of a chip and an antenna, that works like a bar code or magnetic strip on the back of a credit card, able to convey small amounts of information.

Lately RFID tags have been popping up everywhere as a versatile way to identify products, cash, people or animals. RFID labels, tags, cards or other forms of the technology can be affixed to objects to solve problems like stock management in shops, tracking a product as it’s being made in a factory assembly line, or identifying a person coming in and out of a building, for example.

So far, so useful. But now researchers from the University of Washington, Disney Research and Carnegie Mellon have demonstrated a creative way to print or draw custom RFID tags onto any piece of paper, turning paper into a battery-free wireless interface that responds to gesture commands and connect to the digital world.

It’s a creative use of RFID tags that allows you to connect a humble piece of paper to the Internet of Things using just a pen, sticker or stencil pattern.

These lightweight interfaces can be attached to anything from a book, or document to a paper plane, fan, windmill or piece of origami to turn it into a ‘new class’ of interactive device. Researchers demonstrated how they could quickly create a customised device to complete a simple task.

Because paper is light, cost-effective, easy to use and easily recyclable, people could make these devices on the fly, control them with gestures and then discard them.

As seen in the video below, some of the uses demonstrated by the team include : exam papers that could be completed by touch and assessed by teachers in real time, a paper baton that can be used to conduct music by waving it, a pop-up book that can play sounds and videos on a computer, and coloured lights that can be controlled by waving and other gestures.

‘A piece of paper is still by far one of the most ubiquitous mediums,’ said lead author Hanchuan Li, a UW doctoral student in computer science and engineering. ‘If RFID tags can make interfaces as simple, flexible and cheap as paper, it makes good sense to deploy those tags anywhere.’

‘These little tags, by applying our signal processing and machine learning algorithms, can be turned into a multi-gesture sensor. Our research is pushing the boundaries of using commodity hardware to do something it wasn’t able to do before.’

Shwetak Patel, the Washington Research Foundation Entrepreneurship Endowed Professor in Computer Science & Engineering and Electrical Engineering added: ‘The interesting aspect of PaperID is that it leverages commodity RFID technology thereby expanding the use cases for RFID in general and allowing researchers to prototype these kind of interactive systems without having to build custom hardware.’