How to get more women on the journey to technology leadership 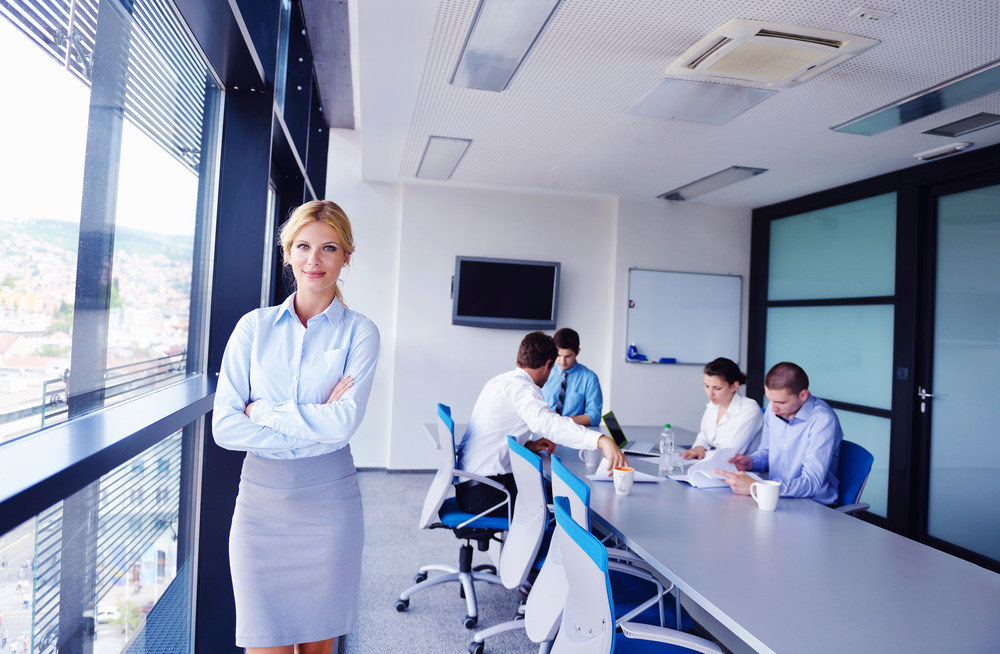 IT is the backbone of just about everything in our modern society, with the digital economy now taking up more than 10% of UK’s GDP. But while employment has been steadily on the up over the past few years and the UK government says the tech startup industry is booming, it’s no secret that skills gaps in crucial areas like cyber security, software development and data science are widening faster than Britain’s talent pool can fill it.

Britain will need 1.2 million new digital workers by 2022, and according to the latest survey by the Institution of Engineering and Technology (IET), over half of British firms that employ engineers and IT staff cannot find the employees they are looking for, with 59% saying that the shortage could be ‘a threat to their business in the UK’.

In an age where young people are intravenously attached to the internet and children as young as five are now taught to code in schools as part of their curriculum, it seems bizarre that we’re facing this problem.

> See also: The women in IT issue is not going away, says Salesforce

But it’s less surprising when we examine the breakdown of those leaving the education system with STEM (Science, Technology, Maths and Engineering) qualifications, and we see that we’re failing to get 50% of the population involved.

Girls are less likely to take IT-related subjects in school than boys, which in turns leads to them being less likely to take the subjects further and go on to be hired in IT professsions. In schools, only 8% of students who took computer studies at A level last year were girls, and for every one woman studying university computer courses, there are five men.

This carries on to the workplace: just 27% of those employed in Britain’s digital industries are women, according to the UK Commission for Employment and Skills. Could employers be missing out on huge swathes of talented individuals that just aren’t being nurtured or pushed in the right direction from a young enough age?

Eileen O’Mara, Senior Area VP EMEA for Salesforce, thinks so. As a prominant woman in the IT industry, leader for the Women in Salesforce Network and active campaigner for women in technology, she is a big advocate of breaking the cycle early to address this gender imbalance, and believes it’s the responsibility of industry and society to put technology in the hands of both genders early on.

Having led global services firm Atos for three years as UK and Ireland CEO, and in her new global role heading consultancy and systems integration, Ursula Morgenstern is another prominent woman in IT who believes in the importance of using her influence to encourage more diverse talent.

Despite technology becoming increasingly central to the everyday lives and interests of young people, a love of Facebook and YouTube doesn’t seem to have translated into IT becoming cool. Morgenstern says the IT sector should be making more of an active effort to better promote the image of IT to make it fun and relevant to the lives of both boys and girls.

More companies these days are taking actives steps to be more diverse in the recruitment process. Salesforce, for example, goes out of its way to the hire and develop female talent.

Internally, all companies that want to be competitive should be taking on gender diversity as a concrete metric, advises O’Mara, and building frameworks of support and a company culture of mutual encouragement. In her role at Salesforce, O’Mara rallies to mentor other women in the organisation to fulfil their potential.

Morgenstern says that one of the challenges of hiring female staff is that, on an unconscious level, people tend to hire in their own image. There is also a lack of confidence among females when it comes to promotion opportunities.

Sadly the rarity of female senior staff in the tech industry is still a reality. Diversity reports from major tech companies released in 2014 show that only about a quarter of executive roles in major tech companies are filled by women, with Google and Apple claiming only around 21% females in senior roles.

Morgenstern strongly believes female executives have a responsibility to ensure women are not going unnoticed and unsupported, and to that end she has developed individual coaching programmes within Atos, including direct sponsorship and support from the CEO to ensure a good chance of promotion to executive level.

One of the most powerful ways we can support women on their career paths within the IT industry is by recognising and raising the profile of the numerous female role models that are already out there doing outstanding work.

As judges for technology’s leading diversity event, the Women in IT Awards, both O’Mara and Morgenstern will join 500 UK IT leaders to celebrate women making waves in tech on January 28 at Grosvenor House, Park Lane.

Through a series of 13 awards, the event highlights the tremendous value that women can bring to IT roles and identifies much-need role models for girls, as well as providing the rare opportunity for women from a wide range of public and private sector organisations to join together for a night of celebration and networking.