How to get ready for omnichannel collaboration in retail 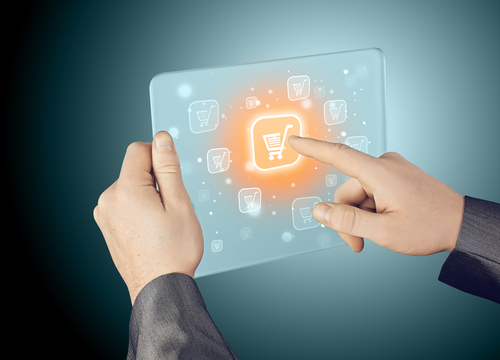 The past five or so years have brought about a radical transformation in how consumers shop, led by rapid adoption of smartphones and tablets.

Holistic efforts to serve customers however, wherever and whenever they want to shop represents a sea change in how retailers plan and execute their interactions.

Fortunately, the end result is an upgrade for the actual customer experience: improved apps that are more integrated into the store’s overall merchandising strategies and do more for consumers while in store; better, more ubiquitous Wi-Fi in stores so those apps can provide a good experience when the customer is ‘inside the box’; new or enhanced product search capabilities and delivery options; more relevant marketing and promotions; and more consistent merchandising, pricing and branding across web, catalog and storefront.

What’s happening behind the scenes at retailers is less well documented, but equally interesting.

>See also: Why omnichannel retail is more than just a buzzword

Delivering all that marketing and merchandising consistency isn’t easy for legacy retailers to engineer – it comes with massive shifts in system requirements.

Often, the website and stores have different inventory and marketing systems that need to either be merged or bridged to support consistent execution, analysis and decision-making.

New in-store technologies that can facilitate customer access to web while in-store and deliver context-specific marketing and promotional messaging based on a customer’s interactions with a retailer across all channels are necessary.

A big shift in technology investment from desktop to mobile, reflecting consumer usage trends and increasing smartphone and tablet penetration and commercial use, must be made.

And, of course, lots of organisational changes are required to better align activities and incentives in this new omnichannel world.

Multiple large-scale retailers have publically announced organisational changes under the banner of omnichannel. Macy’s prominently did so earlier this year in January, but so have Saks (February 2013), Belks ($200 million investment in omnichannel announced in January 2014), Neiman-Marcus Group (April 2014) and Ann Taylor (April 2014).

These are not easy internal realignments. In most cases, the ecommerce organisations were developed as separate businesses, consciously independent from the main store organisation.

In fact, many were established as physically separate to facilitate recruiting the techie and creative types often sought out when first building an e-commerce organisation.

The executives in the ecommerce, store and catalog channels often identify most closely with the subculture of their own unit – imagine how you would think of your business unit when you are reporting revenue growth of 25-40% per year, and another BU is reporting comps of 1-2%.

That said, retail leaders have come to the realisation that attributing sales to any one channel is at best an imprecise art, and more likely a misleading exercise that can lead to bad business decisions.

It’s not an accident that many leading retailers have pulled back on reporting same-store sales – what do they really mean when you have stores using the web to fulfil orders for customers who are in store, or large volumes of orders are initiated on line but picked up in store, or the stores are being used to fulfill web orders at significant scale?

This has led to tough but necessary choices on how to realign the organisations between store, web and catalog, with key considerations around talent retention, maintaining ecommerce commercial momentum, and long-term allocation of capital between new stores, new fulfillment centres, and the technology to make omnichannel work.

Along with this, choices need to be made about where key operating decisions will be made. How will preseason planning take place? Where will inventory be held? Who will ‘own’ the customer’s overall experience and ensure it isn’t fragmented across interaction points? How will marketing decisions be made? What merchandising congruency will be across web and store?

And finance groups are having to fundamentally rethink old financial modelling to look at ROI on marketing, promotion, merchandising and capital investments to reflect the influence that each customer access point has on the others. Those pesky customers are taking more and more convoluted purchase paths that don’t easily fit into all profit models.

The net result is that retail organisations are becoming even more matrixed than before, with workers in revised roles needing to collaborate in new, faster and more effective ways.

They need to make more complex decisions using more data than ever. Historically, this not been a strong point for most large retailers.

Retailers and their tech partners are scrambling to enable their executives and store staff to make better omnichannel decisions within their enterprise, with trading partners, and for their customers.

As so many retailers are taking the difficult but necessary journey of transforming themselves to be true omnichannel retailers, an ecosystem of new and revised technologies must arise to support significantly revised business processes around omnichannel planning, merchandising, inventory and channel management.