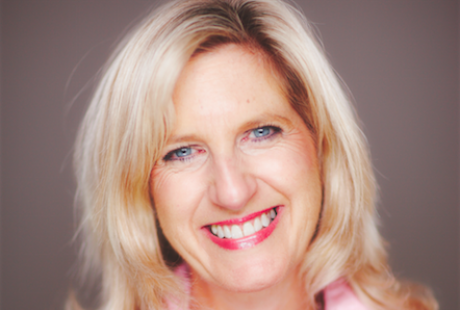 Lyn Grobler, former VP and CIO of corporate functions at BP, left behind a diverse and business-effective IT workforce when she departed the company at the end of the December.

Grobler, who joined Hyperion Insurance Group as group CIO at the beginning of this month, stood out as a role model during her 12 years at BP for occupying a senior leadership position that crossed two notoriously male-dominated sectors: oil and gas, and technology.

The similarities between the two sectors unfortunately end at their disheartening lack of female employees, with oil and gas often trailing behind others when it comes to keeping up with the latest IT trends.

Usually, that stems from a mixed attitude towards innovation at senior management level, but Grobler has helped showed BP how technology can shift its business and make money, rather than just being a cost centre.

>See also: 3 core pillars to getting more women in the technology industry

Grobler cites a major systems-project outsourcing transformation in BP’s finance department a couple of years ago that was heavily reliant upon technology.

‘Without IT, it wouldn’t have happened,’ she tells Information Age. ‘Our business has transformed, and IT has been the enabler for that. Without IT, you cannot transform a business.

‘At BP, it has taken great IT people working closely with business individuals to understand their business – and trialling various tools, making some mistakes, throwing some proof of concepts away, and then pushing more deeply on others.’

BP splits its business into four areas: upstream, downstream, trading and the functions. Each one has a CIO, and all four of the CIOs report into BP’s group CIO, Mike Gibbs.

Lyn Grobler has led IT for the functions, overseeing systems and solutions that are used by more than 60,000 of BP’s 84,500 employees.

The functions are made up of 20 departments, including HR, M&A, tax, legal, finance and procurement, but also BP’s biofuels and shipping businesses. Its shipping division on its own counts as many as 300 active voyages at any one time.

To support the running of such a large-scale IT operation, Grobler has been supported by an IT team of around 200 staff and 600 outsourced people in the UK, Brazil, Singapore, India, Malaysia and the US.

Her team is responsible for more than 500 applications, and software that handles complex trading data for corporate treasury and processes over $1 billion a day.

Over the past couple of years, Grobler has focused on delivering a strong backbone for the functions’ enterprise solutions and moving group communications onto a single platform in the cloud.

‘We’ve done a lot around standardisation and a lot around improving the user experience of our IT solutions,’ she says ‘By digitising departments such as HR and finance, we’re putting people into a position where the user is able to make full use of the data without the cost of all the people in another department putting it together for them.’

Cloud is an integral part of Grobler’s strategy moving forward, with a growing number of BP’s IT solutions shifting to software-as-a-service offerings.

‘We’ve found them to be really efficient,’ she says, ‘not only in ongoing cost, but it also takes away the end-of-serviceable-life problem, and it’s a lot quicker and cheaper to market because you typically buy a solution that already exists.

‘You don’t need a big IT team to create the solutions, and your users have to use something that is what it is out of the box. That removes the need to adapt a tool to everybody’s nuances by saying, “This is the solution we’re going to use, let’s get on with it.”’

A rare breed of CIO

But you also can’t underestimate the effect that Grobler’s drive to create a more gender-diverse workforce has had on BP’s approach to technology.

With only 16% of IT jobs in the UK occupied by women, and just single digits at CIO level, Grobler is a rare breed – even more so in the oil and gas sector. This is something she is determined to change.

She is an active advocate of BP’s diversity and inclusion agenda, and leads its global women in IT group. She believes businesses should focus on how many women they have in senior roles, as that’s where the role models lie.

At senior-level leader, her IT team is at a very impressive 40% female, while her direct reports are 38% female.

‘That’s very high by industry standards,’ she says. ‘It’s not true of the whole of the IT department, but we’ve made great progress.

‘We’ve moved from 17% female in senior positions in 2011 to now being at about 23%, which has been great progress even though it may not sound like it. I’m really proud of what the guys have done across the board.’

Grobler points to school education as a critical stage when young women are first put off pursuing careers in technology, making it an important area to address.

With one daughter doing A-Levels and another doing GCSEs, Grobler is familiar with how schools are teaching technology-related subjects. ‘It’s just really boring, to be honest,’ she says.

With that in mind, she’s not surprised that there are not enough girls interested in pursuing technology as a career path.

‘But the way technology is presented at school can be a bit boring, and so is perceived to be dull among young girls.’

Kid with a new toy

Grobler, ironically, did get into technology when she was at school – at the age of 13 – but not because of the way it was taught.

Taking up a Saturday job helping out at a toy store is not unusual for a teenager, but Grobler found it to be a very unconventional route into technology.

The owner of the company asked her to work at the head office, where Grobler found herself capturing data and producing reports on stock takes that helped the stores get a better grip on their stock control.

Having never thought about technology as a career before, Grobler was a convert. ‘I liked the fact that there was a tool that enabled the business, in this case those working in the toy shops,’ she says. ‘That’s really when I first got interested in IT, and it grew from there.’

It would be a while, however, before Grobler realised that she would have to adopt ‘stereotypically male traits’ in order to accelerate her career.

‘There was certainly a point in my career when I realised that unless I started being very clear on where I was trying to get to then I wasn’t going to make great progress,’ she says. ‘From the day that I was able to articulate clearly my career ambitions, it felt like my career was being fast-tracked.

‘That is something, stereotypically, that men are much better at than women: being openly ambitious and clear about what they want to be. So that’s the advice I often give to people who are more junior than me: get really clear about where you’re heading and what the steps are to get you there. You can always change your mind if you want to later.’

That’s not to say Grobler has faced any challenges because of her gender. Just because the industry lacks women doesn’t necessarily mean there are malicious reasons behind that, but she has observed the lack of role models as something that has affected other women.

She also admits that she prefers working with women – something she has discovered through bridging the gender gap in her own team.

>See also: Women in IT Awards

‘I haven’t had any problems with often being the only woman on the team – it’s just been different,’ she says. ‘I’ve seen people around me struggle because they’ve looked for role models and they haven’t seen them, which slows their ability to really understand what they could do.

‘I’m kind of a glass-half-full person, so I don’t think I’ve had to overcome challenges because of my gender – I’ve worked hard and been rewarded for it.’

Through her career trajectory, Grobler has also observed that women tend to take a lot longer before they make steep progression.

It would be easy to point to child-rearing as the main reason for this, but she also thinks that some women require a mind shift in order to be more focused on exactly what they want to achieve.

‘Rather than saying, “I just want to do a job where I can make a difference,”’ she says, ‘women should be more specific and say, “I want to do X role and then Y role because in the end I’m aiming to do Z role.”

‘They need to have more clarity. I tell people to run their career like it’s a project: have very clear milestones and very clear steps to get from one point to the next.’