10 things you need to know about women in tech 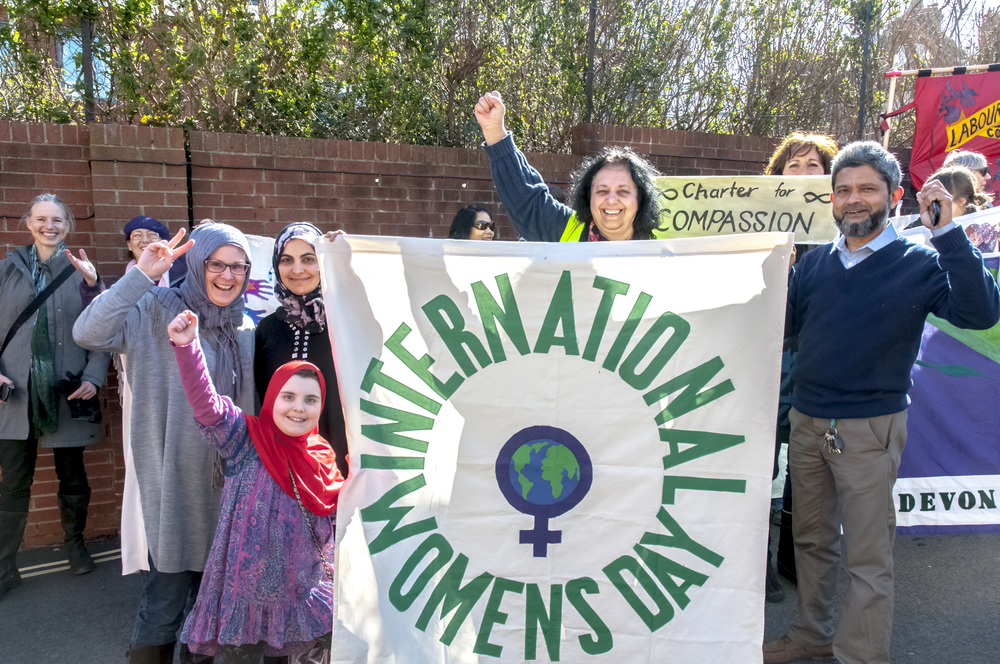 If you’ve been to Google’s landing page today, you may have noticed the Google Doodle, which features women of all ages from across the world sharing their diverse aspirations for the future, including Nobel Prize Winner Malala Yousafza, who talked about her vision of a world where every girl can go to school.

The doodle marks International Women’s Day – a United Nations-backed event which has been putting women in the global spotlight since 1975.

But the day is two-pronged: not only does it celebrate the achievements of women in a colourful and uplifting way, but it brings to light how far we have to go in eradicating the oppression of women and girls that has occurred throughout history.

The theme of this year’s International Women’s Day is ‘Planet 50-50 by 2030’ as part of the The United Nation’s drive to put empowerment of women at the very centre of its concrete plans for global sustainability. The UN is recognising that giving women equal opportunities to thrive is not just a human right; it’s fundamental to prosperous and sustainable economies, and for humanity at large.

It’s hard to believe that in 2016, a third of the world’s women have been married off as child brides, dimishing their chances of an education or career opportunities.

In developed regions, we often take for granted that both genders have inclusive access to education and jobs. But some of the actual figures from the world of work might shock you — and the disparity is all the more noticeable in STEM industries such as IT.

Here are some facts and stats about gender and the technology industries today.

1. To mark International Women’s Day, the Economist has presented its ‘glass-ceiling index’, which aims to reveal where women have the best chances of equal treatment at work. Unsurprisingly, the Nordic countries — Iceland, Norway, Sweden and Finland — come out top overall, where commitment to gender equality has gone back a long way. In these countries, women are present in the labour force at similar rates to men. Britain is 6th from the bottom in the index.

2. In the UK workforce as a whole, women are still being paid less than men. The gender pay gap stands at 17.5%, with women earning on average £5,000 less a year than male colleagues, amounting to £300,000 less than men over their working lives.

3. Just 25% of FTSE 100 board members are women, with only 24% of senior management roles around the world now filled by women. According to a study from the Peterson Institute for International Economies, however, companies with female leaders are linked to stronger profit. Companies with 30% or more female executives rake in as much as 6% more in profits.

4. This might be good for Google to know: though the tech giant has done much to commemorate the work of women through its Google Doodles, just 30% of its own employees are women. In tech-focused departments, this gender gap widens to 17% of employees being female.

And Facebook isn’t doing much better, with women making up just 15% of its technical employees. At Twitter, that figure stands at just 10%. This is despite the fact that a majority of social media users are female, representing 55% of both Twitter and Facebook users.

6. This might be because fewer girls are getting involved in STEM education — currently just 7% of girls take computer studies A-level courses. And only 17% of those studying computer science in higher education are women, which is the lowest percentage in any field except for engineering and technology, where female students make up just 15% of enrolments. Of those that do take STEM subjects, only half (51%) actually go on to do STEM-related jobs.

7. A survey by Stack Overflow estimated that 92% of software developers are men, and this figure once peaked at 100% in 1842. The first person to ever write a computer program, Ada Lovelace, was a woman whose ideas for Babbage’s hypothetical Analytical Engine prefigured modern computer science. In fact, the earliest programmers, who worked on the first general-purpose electronic computer, were also female.

8. But figures show that despite the disparity a shift is starting. A survey from HR magazine Changeboard found that more than 52% of UK companies have increased the number of female IT professionals they employ over the past five years.

UK CIOs confirm the growth in employment of women in technology is being largely driven by mentoring programmes (cited by 34%), greater enrolment in technology education (28%), and government initiatives (17%).

9. Don’t be fooled by discouraging statistics — women are out there, and they’re doing amazing things. Around one in seven of the UK’s top 100 CIOs are currently women, according to the 2014 edition of the CIO 100 report.

Initiatives like the UK’s Women in IT Awards, technology’s leading diversity event, have been dedicated to showcasing these inspirational role models. The 2016 awards in January saw 500 IT leaders from a wide array of business sectors gather to honour winners including CIO of the Year Christina Scott, who heads technology at the Financial Times, Future CIO of the Year Georgina Owens from Vodafone, and Woman of the Year Ursula Morgenstern of Atos. The 2017 awards programme promises to be the biggest yet as the event continues to grow its influence across the sector — nominations open in June.

10. At the beginning of 2016, Tomorrow’s Tech Leaders Today marked a first for the industry: run by Information Age in partnership with the Royal Bank of Scotland, it was a unique career’s day specifically catered to young women thinking of entering IT.

250 of the UK’s brightest female students and graduates came to be inspired by workshops from KPMG, the National College for Digital Skills, the Royal Bank of Scotland, and Hearst Magazines, as well as gain access to exclusive job opportunities from 22 major employers eager to create a more gender-balanced workforce. The day was the first of many fantastic soundings board for women in tech-related industries to help the younger generation understand the possibilities that are open to them.