Skip to content
Home » Topics » Is the Internet of things too big an idea?

Is the Internet of things too big an idea? 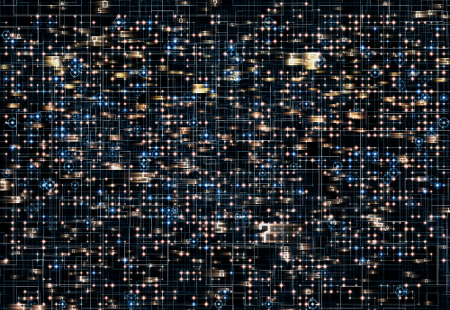 The Internet of things is a big idea. Connecting smart devices fitted with all manner of sensors to a network and sharing and analysing the data they produce will, it is hoped, bridge the gap between the digital realm and the physical world.

Equally big are some recent forecasts of the impact of the Internet of things.

Network equipment provider Cisco, for example, predicts that the number of networked devices will grow from around 10 or 15 billion today to 50 billion by 2050.

“The Internet of Everything” – Cisco’s term for the combination of the Internet of things and the conventional Internet – will generate $14.4 trillion in value by 2023, through cost savings and economic growth.

Engineering giant GE also has its own take on the Internet of things, which it calls the “industrial Internet”.

In short, the company is fixing sensors to all of its industrial products – from aeroplanes to heart monitors – that allow users to remotely analyse their performance and state of repair. This, GE claims, means they can be fixed before they break.

At a recent event in London, GE CEO Jeff Immelt said that slight performance improvements in performance and durability will save its customer billions of dollars.

"Small performance changes can drive massive economics in the marketplace and for our customers," he said the Minds and Machines event in London’ Battersea Power Station.

“If you can improve the GE installed base of aircraft engines by 1% of fuel performance a year that saves our customers $2 billion at the bottom line.”

“There tends to be a very dismissive attitude and a lot of skepticism about the economic applications of the industrial internet, which is natural, but we have to get beyond this,” he said. “I’m confident that while we call this the industrial Internet, the benefits will spread well beyond the sectors that we as GE operate in, and well beyond industry.”

Annunziata’s remarks perhaps reflect the fact that, while the aggregation of sensor data via a network has many obvious and useful applications, the claim that the “Internet of things” will be as revolutionary as the original advent of the Internet is becoming harder to credit as time wends on.

Maurizio Pilu is currently director of the Connected Digital Economy Catapult, a project set up by the Technology Strategy Board to nurture the UK’s digital economy. Before that, he led the TSB’s “Internet of things” programme.

Pilu argues that the Internet of things is an “evolution, not a revolution”, one that has already been going for quite some time.

“That was twenty years ago and people are still asking why they don’t have smart homes yet.”

He believes the Internet of things will gradualy follow analyst company Gartner’s much-cited hype cycle – a peak of inflated expectations, followed by a trough of disillusionment, followed by enlightenment and mainsteam adoption.

If that’s true, then the trough is surely on its way. Last year, Gartner’s hype cycle for emerging technologies had the Internet of things approaching its peak.

“The danger is, with so many different markets with different dynamics within the eco system, that silos will be created,” he says. “For the potential of the Internet of things to be fully realised, there is a deep need to think across industry sectors, while developing compelling use cases.”

In October last year, the TSB oversaw a significant research programme to study the potential impact of the Internet of things.

It brought together over 400 business and public sector organisations to develop proof-of-concept projects for potential Internet of things applications. These ranged from a mobile fitness app that could sell aggregated data to retailers to an assisted living system to monitor patients in their homes.

“One thing we found across all the studies was uncertainty about how to unlock the value from the Internet of things,” says Pilu. “But another common theme was the use of data.”

Pilu argues that making data openly available will be the key to unlocking the Internet of things’ real potential.

But, as many of the TSB’s projects found, this is not always possible. One study looked at the public infrastructure on city streets, for example, and found that the associated data is often held in closed systems or discarded quickly after being gathered.

“There are few incentives to make data available, owing to a combination of actual or perceived liabilities, unclear returns and costs,” it concludes.

Following its research programme, the TSB has announced a series of open competitions designed to encourage businesses to demonstrate the value of the Internet of things vision in specific contexts. This, it hopes, will encourage more organisations to experiment with some of the technologies and concepts.

The problem with big ideas is putting them into practice. Unlike the Internet, which is a complex system that emerged quite naturally from the combination of a few platform technologies, the Internet of things – as it is currently conceived – would require the co-ordinated effort of a great number of parties.

Perhaps the trick is to stop worrying about making the Internet of things a reality, and thinking more about what the problems are that need to be solved.