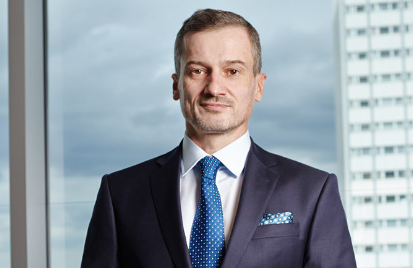 Fahy replaces the outgoing Richard Lloyd-Williams, who told Information Age he is taking a break for a few months. In Lloyd-Williams’ seven years at Net-A-Porter, which included three as group IT director and on the executive committee, the IT team grew from 35 to 300 staff.

Since it was launched by Natalie Massenet in 2000, Net-A-Porter has grown to 2,600 employees across London, New York, Hong Kong and Shangai, and has served as a leading example of British innovation.

The Group, which sells designer collections via an online store that is presented as a fashion magazine, has utilised technology to help revolutionise how people buy clothes.

With the majority of its IT developed and maintained in-house, Fahy’s appointment marks a fresh era of technical innovation for the company.

Fahy will lead the technology function across the Group’s three global brands: Net-A-Porter.com, Mr Porter and The Outnet.

According to the company, his role is to oversee and improve IT operations across all areas, including ecommerce, mobile, deliveries and logistics, so that customers can enjoy the best possible experience across all platforms.

He is championing the wider use of Agile throughout the business. With this approach, projects are owned by the teams themselves and evolve without hard-stop deadlines, helping the Group to innovate faster.

Rather than seating the IT department together and away from other divisions, Net-A-Porter integrates them with the business owners, believing that the closer it can get its development teams to the business, the better it can understand what its requirements are.

“I am excited to have joined such a fast-growing, vibrant organisation, with the mentality of a start-up and the fire power of a global market leader,” said Fahy. “From day one, innovation has been at the core of everything the Net-A-Porter Group does, across technology, retail and publishing.

“My vision is to build on this approach, ‘doing’ IT the 21st century way, by being unafraid to experiment and excel operationally.”

Fahy has over 25 years of experience in all aspects of service development, deployment and operations. As director of development for Betfair, he led a £25 million, three-year programme to rebuild its 24/7 trading platform and customer system.

He also deployed the service delivery platform behind Vodafone’s mobile web proposition on a global scale.

Net-A-Porter’s HR director Naomi Hewitt said: “I’m delighted to have Hugh with us as we continue to lead the market and achieve ambitious industry firsts. Sitting alongside our editorial and buying teams, our tech team has always had a big impact on our company culture and how we work together.

“We’re now on the lookout for more tech talent to join Hugh’s team. We offer fantastic opportunities for anyone with a passion for technology and an urge to innovate.”

Lloyd-Williams is not the only major Net-a-Porter exit of late. Earlier this week saw the retirement of long-serving CEO Mark Sebba, who led the company for 11 years.