Lean IT at the Metropolitan Police 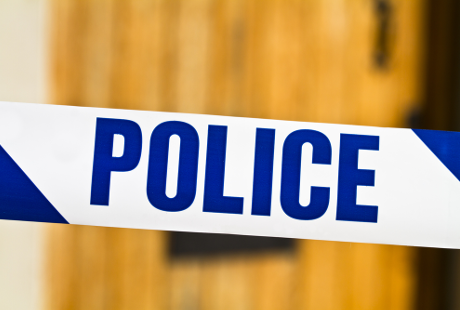 The Metropolitan Police Service’s Directorate of Information is responsible for providing information, communications and technology services to the capital’s police force.

As such, it is a prime target for the Met’s cost-cutting initiatives. Like much of the public sector, the Metropolitan Police Service has been tasked with cutting expenditure by a quarter, and those savings must come primarily from back-office functions rather than front-line services.

Ailsa Beaton, the Met’s CIO and director of information, knew that cutting that much cost without affecting the quality of services would take more than a simple belt-tightening exercise.

Beaton has therefore overseen the application of the Lean methodology within the Directorate in order to identify and remove areas of waste in the organisation.

Based on manufacturing principles at Japanese car-maker Toyota, the Lean ethos aims to provide customer value at reduced cost by identifying the processes and practices that deliver value, and those that do not.

The progenitor of the Agile software development methodology, the Lean methodology requires that organisations identify what it is that they do that provides value to the customer. The organisation’s processes are then assessed in light of the various ‘value streams’ within it.

As Beaton explains, using Lean has helped the Directorate identify redundant roles within the organisation, and has brought about a new culture in which employees are focused on value and waste.

Information Age: What prompted the move to Lean?
Ailsa Beaton: It was driven by the 2010 Comprehensive Spending Review for the public sector. The money available to the police service was being cut over three years by 20-25%, and the savings had to fall disproportionately in the support areas rather than front-line policing. We needed to find cost reductions without reducing the services that we would offer to the organisation. We wanted to make sure that we were the best possible value for money in what we did, and we also wanted the capacity to do new things.

Why Lean?
We had been through ‘salami-slicing’ cost-cutting exercises, where you say, “Do what you’re doing now but for 10% less.” But we felt we had done everything we could along those lines, and we wanted to see what different approaches were available.

Lean seemed to be a way of looking much more systematically at whether we were doing the right things, and whether there were some things we could stop doing that didn’t really add much value.

We met with a number of other organisations who had used Lean successfully, in particular the RNLI. The CEO there was instrumental in persuading me that this was something that we needed to do as an engaged management team, and not just delegate it to someone else.

How did you go about implementing the methodology?
In the initial meetings, our top team looked at what we were in the business of doing, where we were as an organisation and what the ideal situation would be for us. That led us to what the main value streams in our business are. We had three or four value streams; for example ‘Major change’ is the way in which we identify a business requirement, develop and support the technology and services needed to deliver that requirement and manage the change throughout the process.

Then you break those value streams into processes. The Lean methodology helps you to assess how much time it takes to go through a process, how many hand-offs from one part of the organisation to another, and allows you to look at how you should change your processes to make them faster and less resource intensive.

Then the people who work on each of those processes have a week of meetings, to discuss how they change the process to reduce waste. You get representatives of everyone who works within that process to look at how things happen today, and to design a new way of doing it in the future.

We started on areas where it feels like things took more time or cost more than they should. We staggered the Lean sessions, and we have now almost gone through the whole organisation once round.

How did employees take to Lean?
It was mixed. Some came into the sessions enthusiastically, but others were very sceptical –they weren’t sure whether this was just some fad.

But the fact that the staff are involved in the change was really important. And in the Lean methodology, once you’ve agreed on a redesigned process on Friday, you can put it into practice the following Monday –albeit at a fairly basic level. That shows people that this isn’t just some management consultancy exercise; this is something that really makes a difference.

What are some of the changes that you’ve made to the IT organisation?
We have tidied up a lot of processes around gathering user requirements building the business case.

We now have a process where we do an initial viability assessment for a project, and give an estimate to the timescale and cost to the person who wants the new system.

That means they’ve got an idea about the scale of what they’re asking for, before we start looking at a full viability assessment and a business case.

We have also changed the governance structure for projects. We have replaced a lot of governance boards with boards that are much more focused on giving projects the authority to proceed when a particular milestone has been met. That has got rid of a lot of bureaucracy around project oversight, and there are fewer projects going to business case that get rejected.

How has Lean saved you money?
Most of the money that we saved is in people. So instead of having six people who do one thing, we’ll only need four people who do these other sorts of things.

Alongside the Lean work, we have run a voluntary exit process and we’ve had no compulsory redundancies. I can’t promise it will never be compulsory, but we haven’t had to do that up until now.

It’s not all been about reducing the number of posts, though. We’ve identified some areas that add value and put more people into those areas. For example, we realised that in outsourced contract management –looking at our supplier performance and how much they are charging us –when we did it well, we saved money, so we put more people into the area. This is an example of how Lean gives you a bit of scope to do additional work that is of particular value.

How has it affected the culture of the organisation?
There is now a culture of looking much more carefully at where we are wasting resources. One of the most obvious things is that when we look at doing something new, people in the room will start saying, “Where is the value in what we’re proposing?”

Also, when problems have arisen, people have been keen to use Lean techniques, working together as a team and using facilitators during meetings.

And how has it affected your role as CIO?
The way we have implemented Lean encourages teams not only to improve what they do, but also to identify what barriers stand in their way and what problems they come across. This means that problems are escalated much more quickly.

Despite the fact that we are the technology department, it’s a very whiteboard-focused management style. We have a set of boards where we can see all the projects, and that allows us to see which projects have run into problems and whether or not there is a plan in place to solve them.

Do you have any advice for anyone considering implementing Lean?
As a leader, one of the things you need to be ready for is letting go. If you’re putting teams in a room and saying, “Look at what you do and come up with a better way of doing it,” then you have to let them have a go at the better way. You have to be ready to empower the people who are doing the detailed work to make the changes that they think will make a difference.

The other thing you need to be ready for is taking people out of their day job, so they can think about what they do. We ran the sessions from mid-morning to mid- afternoon, to give people space to do their jobs. But it is a challenge when a team is going through this process, because they can’t do their day job for their working hours and do this other work.