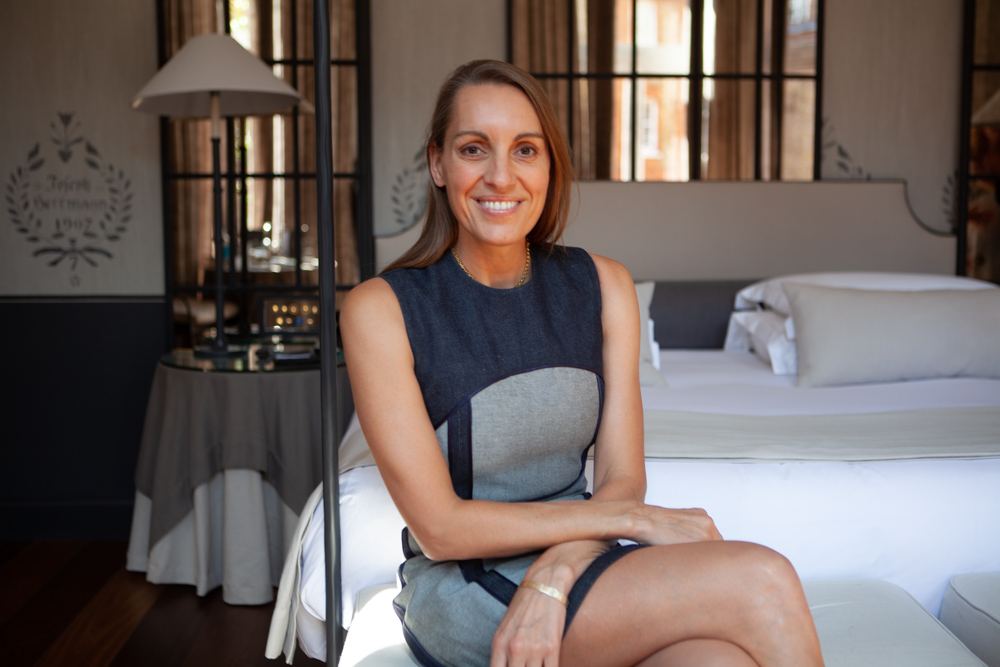 As part of our CTOs on our doorstep series, Information Age spoke with Tamara Lohan, co-founder and Chief Technolgy Officer at Mr & Mrs Smith, about her journey and the importance of female role models in tech.

Mr & Mrs Smith is an award-winning boutique-hotel booking service. Founded in 2003 by Tamara Lohan and her husband James Heber-Percy, it now has over 1.5 million members around the world. The company also has partnerships with British Airways, Vitality and Coutts.

Recently, Mr & Mrs Smith reached its million pound crowdfunding target within one day on Crowdcube. The business will use the investment to support the growth of its US villa and hotel business and develop a US membership.

As both the CTO and co-founder of the company, Lohan, since the beginning, has had to don two hats, this gives her a rather unique perspective of the business.

She said: “When I go into board meetings, I bring the technology focus but I’m also thinking about the business as a whole.

“I like to think of the vision and the direction of travel for the technology and the tech stack, and I think about the scalability and stability of the company in the future.”

CTOs on our Doorstep: Trainline CTO on prioritising the customer

Information Age speaks to Mark Holt, CTO at Trainline, on the importance of the customer and the radically changing travel industry with the convergence of technology

Speaking specifically about her role, Lohan sees herself a strategic CTO, in that she is always working towards being a certain kind of company.

She explained: “We are building a technology stack that hopefully will be here for a very long time. We are not the kind of start-up that is going to just sell the business when we get bigger and not care about the cleanliness of the code in what we’ve built. I want the team to think that they’re going to be the people who are going to fix the bugs on what they build.”

This, according to Lohan, is not without significant challenges, she explained: “With technology moving at such a pace, it’s easy to feel overwhelmed.” This is why Lohan’s core strategic priority is her team.

She explained: “If you consider Dell’s prediction that 85% of jobs in 2030 haven’t been invented yet if you want to stay ahead of the curve, you must have a team around you that is willing to learn new skills.

“If you don’t have those kinds of people on your team, then you’re not going to be set up to succeed in the future.”

‘As CTO you are responsible for both engineering and product’

There are many different types of CTO, but the role centres on engineering and product – according to David Weinberg, CTO and co-founder, at Vervoe

However, according to Lohan, it’s not just the challenge of finding the right talent in a very competitive market, it’s making sure that they have the right company culture to attract the top talent.

This is why, as a CTO, following their latest funding round, she does not solely prioritise investing in technology: she invests in people too.

“The place where human and technology meet is where the magic happens,” she explained.

“I really feel that despite the rise of automation, the most resilient companies will be the ones that put the human at the heart of their technology. As humans, we crave that connection with other people, and it’s very hard to feel warm about a brand that doesn’t communicate with you in that human way.”

As a woman, diversity is an issue close to Lohan’s heart. She aims to have a 50:50 male to female ratio among her staff – they’re at 40% now.

As a mother, this is an issue that she knows only too well: “A vital part of my role is allowing myself to learn about new things, I need to attend conferences, read a lot and go to meetings to gain a more holistic top-line view of my organisation and industry. With a family on the side, I have very little time to myself. It’s a challenge that I think I have in common with a lot of females in business.”

“We do flexible working hours; one day a week of your choice can be working from home. We also have a series of things that you can do around flexible working to allow you to run your life as you want to.

“Ultimately it’s about trying to treat people like grown-ups. I think that plays very nicely for women who have children at home and who have to care for them, either at the beginning or at the end of the day, etc.”

Another thing that Lohan is really keen on making sure of having is female role models for the younger generations coming through.

“I think it’s really important for young girls to see women in these tech roles because if they can see it, they feel that they can do it. If all they’re seeing is a male-dominated tech team, that can be intimidating and they feel there are no women there.”

“I think having role models is really, really critical, especially around the critical ages when young girls are making decisions about their lives.”

CTOs on our Doorstep: Yasmin Taylor, CTO at Cashmere App explains the importance of championing diversity

In our weekly series, Information Age speaks to Yasmin Taylor, chief technology officer at Cashmere App, on the importance of keeping up to date with emerging technology and championing diversity