Muddy waters: the future of networking 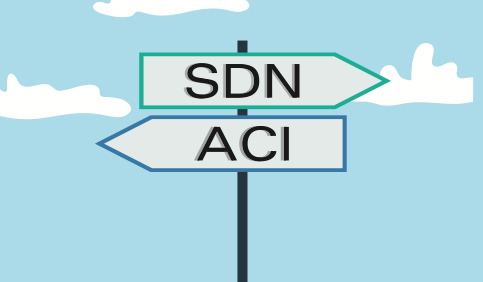 Whilst most vendors have sung the praises of software-defined networking, Cisco last year bet big on a hardware-based alternative it called application-centric infrastructure (ACI), which integrates cloud computing and data centre management.

It’s easy to see why Cisco is trying wane enterprises off the software-defined bandwagon. The networking giant has already suffered from the rise of cloud platforms like Google and Amazon, which continue to steal market share as organisations increasingly favour the Web over hardware to support their infrastructure.

But cloud isn’t its only problem. Software-defined networking (SDN) has threatened to further harm its stronghold on the networking market.

SDN decouples the control plane from data-forwarding functions, thus simplifying networking by making it directly programmable and allowing the underlying infrastructure to be abstracted from applications.

This is bad news for Cisco as it trivialises network hardware by allowing competitors to market generic switches with software overlays.

Cisco has responded by championing ACI, which it claims trumps SDN by unifying both the physical and virtual domains, rather than just abstracting everything away and potentially facing new limitations.

It says SDN can’t offer dynamic centralised policy management programmability because it is constrained by the old proprietary-standards model. It is flow-based and focuses on individual networking elements, rather than creating a configurable system of all IT resources.

But which is the right approach? Is Cisco discouraging businesses from deploying SDN for selfish reasons, or is ACI genuinely a better alternative?

‘If worldwide trends are anything to go by, ACI adoption is set to be the same as SDN adoption: the early adapters will be big enterprises with capex and, if it proves to be a success, smaller enterprises will follow,’ says Don Jacob, head geek at SolarWinds.

And in a boost to Cisco, Alcatel-Lucent appears to fall in the ACI camp.

‘The [ACI] approach embodies the concepts of SDN by providing orchestration of the network with the applications, devices and users in the network,’ says Joseph Raccuglia, director, network solutions marketing, Alcatel-Lucent Enterprise. ‘It is key to reaping the benefits of an effective SDN network as it can significantly help enterprises build SDN-based solutions in an affordable manner.’

In today’s IT, the application is gaining significantly more importance with time-to-market, availability and performance. Business performance drives the necessary pace of IT performance, and this all needs to happen in a cost-effective way.

That means the application must come first, but when a business chooses an application, IT often panics that the underlying infrastructure doesn’t support the necessary delivery.

So, often, an upgrade plan gets under way, which usually involves significant capex and opex investment.

‘Application-led networking addresses the current position where the network seems to define how the applications perform, which is fundamentally flawed as businesses are forced down one of two paths: they either provision the network as they go along, or pre-provisioned it en masse to cope with demand,’ says Stuart Greenslade, EU networking sales director at Avaya.

Some also call ACI application-aware networking, according to Jacob.

‘Such a network is aware of the data it is carrying and adjusts priority, route and hops taken, and even optimises according to current performance of the network and the application to ensure delivery to end-points.’

Ultimately, applications are now the centre of the business world. Organisations rely on them to reach customers, build products and perform nearly every task critical to business and productivity

>See also: Paving the way for enterprise mobility with SDN

With that in mind, the responsiveness and availability of applications is crucial.

Put simply: ‘Application-centric networking is a holistic approach to networking that helps an organisation to bridge the gap between applications, infrastructure and performance,’ says Brent Lees, senior product manager at Riverbed Technology.

One of the main advantages of ACI is it makes it easy to move to the cloud one application at a time.

In the current climate, large businesses are leveraging the cloud for application-specific reasons and are not looking to move their whole data centre to the cloud at once, due to the vast expense of building their own private cloud. On the other hand, placing mission critical data in the public cloud is still considered too risk.

‘ACI is a cost-effective way to host key applications in the cloud,” says Jacob, while Greenslade mentions the additional benefit of agility.

‘Application-led networks allow organisations to rapidly deploy applications and services over the network from day one,' he says. 'The infrastructure should automatically adjust to support the quality of service demanded by the application without having to rely on a specialist engineer logging into a box to tweak many lines of code.’

In the enterprise, users are increasingly being separated from their data.

The growth of wide area networking (WAN), the proliferation of branch offices and the move toward cloud mean that distance is becoming a problem. Most organisations suffer from latency somewhere – usually in the WAN, but also between services and within applications.

‘By adopting a holistic approach to improving end-user experience, business critical applications can be available and responsive, regardless of where and when they are being accessed,’ says Lees.

Olympus KeyMed, an international leader in the manufacture and supply of specialised medical and industrial equipment, is one enterprise that has been convinced by the merits of ACI.

The UK-based company carried out a network transformation project with Alcatel-Lucent that optimised its IT resource utilisation and application delivery to improve its customer service and multi-channel engagement, all hosted on a network infrastructure designed for application efficiency.

Another organisation in the UK that is utilising this technology is the North Bristol NHS Trust in the building of its new £430m hospital, due to be fully complete in Autumn 2015.

‘With so many critical aspects of patient care running through the network, the Trust required a next-generation IT and telecommunications network to support doctors and patients alike,’ says Raccuglia ‘An application-fluent network provides the efficiency and scalability that this requires.’

As applications get more distributed, virtualised, and pushed into the cloud, CIOs are faced with a multitude of challenges in how they deliver and manage applications within this new paradigm.

As a result, this shift towards application-centric operations appears to be gainging popularity in the UK.

Like any IT transition, this needs to be done carefully. A ‘big bang’ approach is likely to negatively impact the organisation and any benefits promised could soon be lost in the chaos of change.

Migration can be done on an application-by-application basis, starting with the less critical applications first.

‘When the process is proven, and some of the initial benefits are being realised, then the organisation can carefully migrate the business critical applications – utilising the learnings from the migration of the less critical apps,’ Lees adds.

However, there is also work to be done in the awareness stakes. The positioning of both ACI and SDN as each supposedly being the future of enterprise networking is creating confusion in the market.

‘A key challenge is organisations understanding that there are technologies out there that enable them to do more with less,’ says Raccuglia, ‘optimising their architecture to reduce both opex and capex costs, automating many IT administrative tasks, and that the network should be more than just about speeds and feeds.’

With this technology, the network itself can be seen more as a business enabler – no longer a bottleneck in deploying new applications or offering BYOD services.

In the next 12 months, the networking market is expected to witness wider adoption of ACI, combined with increased take-up of a unified access approach that seamlessly allows devices and applications to connect to the network, whether it is wired or wireless.

Meanwhile, application vendors on a perpetual mission to find the ‘killer app’ are all-too-often inadvertently creating an app that kills network performance.

Network vendors need to respond to this challenge and quickly.

‘What's the most critical application that we all take for granted? It’s usually voice and video,’ says Greenslade. ‘Most users can live with a two-second delay on non real-time apps, but can you imagine a two-second delay with voice or video?’

Whether ACI or SDN is the true answer, only time will tell.