New emerging technologies to watch out for 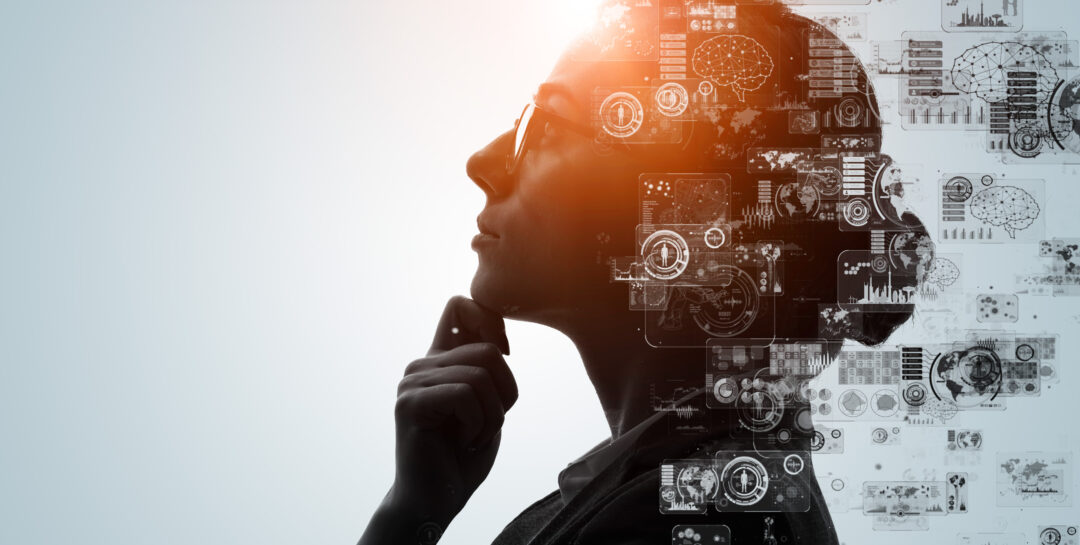 Computers that work at the speed of light, gene editing, artificial intelligence – the potential for numerous emerging technologies can be overwhelming. Which ones should you as a business be focused on?

Technology could be about to change the world; what new emerging technologies should we watch out for?

Don’t be fooled by the recent sell-off in tech stocks across global stock markets; bubbling just below the surface are technologies that are set to change the world. But it is important not to see each technology as a discreet set. The truly exciting thing lies with convergence as different technologies come together.

Take as an example a recent announcement from a start-up saying it has combined CRISPR technology (gene editing) with stem cell technology to create cultivated beef. SciFi Foods  (interesting name) says its technology will lead to a thousand-fold cost reduction in how we grow beef.

Convergence is the driver that so many forget — one technology, maybe advancing exponentially, can combine with another exponential technology. The result is unpredictable, but we can predict the result will be a big deal.

Matthew James Bailey, founder of AIethics.world told me that “the purpose of any new technology is to assist the beneficial progression of the human race into new systems that enable a positive and sustainable evolutionary leap for the human species”.

He is right, of course. At least the above should describe the purpose of any new technology. Alas, it doesn’t always work like that. Did, for example, the technology of the nuclear bomb enable a positive and sustainable evolutionary leap for the human species?

So this article needs to come with a caveat: these are new emerging technologies to watch out for, and if we are smart and exercise collective wisdom, they will support the positive evolution of our species; if we play it badly (and we are eminently capable of that) we could end up back in the dark ages.

Emerging technologies to watch out for

AI isn’t a new technology but recent advances make it even more important.

When Alphabet subsidiary DeepMind announced it had developed an AI algorithm called AlphaFold that could accurately predict 3D models of protein structures or protein folding, it made one of the most important announcements in the field of AI ever.

But then AI breakthroughs are occurring in other areas — take autonomous cars. According to IDTechEX, the number of miles driven by autonomous cars without disengagement (when the safety driver takes over) has increased from less than a thousand miles in 2015 to over 40,000 miles in 2021. James Jeffs at IDTechEx told me that “in 2021, California DMV [California Department of Motor Vehicles] recorded 116 collisions, of which 52 occurred in autonomous mode, and four could be attributed to the fault of the AI system. During this period, the testing fleet covered four million miles, corresponding to 1,012,000 miles per AI driver collision.”

Even so, the progress is stunning. Be under no doubt – when autonomous cars become safer than cars driven by humans and robotaxis emerge, the global transport industry will see its biggest disruption since the emergence of the horseless carriage.

Also, remember that AI played a critical role in developing vaccines for Covid.

I think one area to watch out for especially is AI personal assistants. Indeed, such technology already exists – only we call it the smartphone. But the AI element will become more pervasive, whether we all end up with AI assistants acting like our conscience (a Jiminy Cricket made of algorithms), whether our AI assistants are proactive, assisting us before we realise we need their assistance, or more reactive, remains to be seen, but I think AI personal assistants will be incredibly important technology later this decade, I just haven’t worked out whether they will be positive or negative.

The AI revolution is gathering steam – strap yourself in.

Matthew James Bailey, who is a global leader in innovation and technology, said: “The more that we nourish the quality of artificial intelligence, the more that it will nourish humanity in its purpose and service in society, industry and our environment.”

Personally, I think brain-computer interfaces will not have a significant impact on the world until the latter half of the next decade, but then again, once the technology passes certain key tipping points, its impact will be massive.

The more immediate benefit of brain-computer interfaces will be to support people with severe disabilities. As Elon Musk said: “I am cautiously optimistic… I think we have a chance with Neural Link of being able to restore full body functionality to someone who had a spinal-cord injury; I think we have a chance… of allowing someone who cannot walk or use their arms to be able to walk again.”

I have already touched on CRISPR technology— CRISPR is a technology for editing DNA, and Cas9 is a protein which makes it possible. Emmanuelle Charpentier and Jennifer Doudna were awarded the 2020 Nobel Prize in Chemistry for their work on CRISPR-Cas9. It is important to emphasise that year — is 2020. CRISPR remains new technology – at least new to humans – but it exists in the natural world.

To date, most of the work with CRISPR has focused on its applications in certain rare conditions such as sickle cell disease.

When graphene was first isolated in 2004 at the University of Manchester, many predicted that the one-atom-thick carbon supermaterial could change the world. But while the media raved about a new material that was 200 times stronger than steel and had fantastic capabilities as a conductor of electricity and heat and a replacement for silicon in computers, not much happened. But the graphene hype machine wasn’t wrong – it was merely too hasty.

In fact, since 2010, the price of monolayer CVD graphene has fallen 99.8 per cent. As the costs fall, applications once considered unrealistic become practical.

Recent applications of graphene include Concretene, a bit like reinforced concrete but which includes graphene. According to Nationwide Engineering, “The addition of tiny amounts of graphene strengthens Nationwide Engineering’s new product, Concretene, by around 30 per cent compared to standard concrete, meaning significantly less is needed to achieve the equivalent structural performance, reducing carbon footprint and costs.”

A recent paper from Tsinghua University in Shanghai described a 0.34 nanometers (nm) wide transistor. That’s the size of a carbon atom, and it was made possible by graphene.

Moore’s Law – that the number of transistors on a microchip doubles every two years, though the cost of computers is halved – is supposed to be dead, but graphene could enable it to rise like Lazarus.

Matthew James Bailey said: “Virtual and augmented realities promise thrilling enhancements for the human experience. We must never forget to remain centred within the true reality of being human within an organic and quantum-based world, rich in wonder and beauty.”

We covered immersive technology here. The key emerging technologies to watch out for which will underpin the immersive reality revolution are:

Perovskites are a type of crystal that could transform solar panels, making them more efficient but could be sprayed onto glass. Perovskites could enable us to meet the challenge of meeting net-zero whilst simultaneously leading to cheaper energy.

Photonics computers use light (photons) rather than electronics (electrons) to transmit data. A company called CogniFiber claims to have developed a photonics-based system that is expected to reach a staggering speed of 100 million tasks per second.

Whether the CogniFiber solution is as good as the company says remains to be seen, but we can say that photonic computers should theoretically process information 20 times faster than traditional silicon-based integrated circuit machines.

In the short term, the opportunity seems to lie with data centres — and consider the implications when photonics converges with 5G or 6G technology.

6G will represent a massive speed advance over 5G but suffers from the problem of low transmission distances from beacons, which in turn highlights the importance of Edge devices extending the range. But both 5G and 6G will converge with faster computer technology such as photonics, immersive technology, AI applications, such as AI personal assistants, connectivity between autonomous cars and drones and the internet of things in general – far-reaching indeed.

The revolution in robotics is progressing.

One company in this field is GreyOrange, a leading light in smart robotic automation. Headquartered in Atlanta, USA, the company was formed in 2011 and currently provides over 630,000 optimisations per minute through their fulfilment operating system, GreyMatter.

Rob Hughes, head of thought leadership at GreyOrange, told me: “The evolution of physical robotics is being driven by the lack of available labour, the advancement of AI and machine learning and fast-changing consumer expectations. Distribution networks need to do more with less and learn from mature industries and their use of smart robotics. Some of the world’s leading brands are leveraging their warehouses as a tactical advantage by introducing robotic technologies, intelligent software that calculates optimum outcomes and smart human workforces that are supplied with the data at the right time to make the best decision.”

On the topic of 3D printing, Matthew James Bailey said: “3D printing is incredible technological advancement. Finally, we can print things, houses and even body parts! I wonder if this is an early version of a Star Trek replicator!”

A recent report found that “3D printed homes are the industry’s most Googled innovation globally, racking up 76,000 monthly searches on average”.

The above list of emerging technologies to watch out for is long but not complete. Also, watch out for technologies to support hybrid working, energy storage, cultured meat, quantum computing, carbon nanotubes, blockchain, drones, VTOLs (vertical take-off and landing, or flying taxis) and intelligent automation.

What we can say for certain is that emerging technologies are massively exciting and also potentially disruptive – watch out for them.