Skip to content
Home » Diversity » Nominations open for the inaugural Women in IT Awards Silicon Valley!

Nominations open for the inaugural Women in IT Awards Silicon Valley! 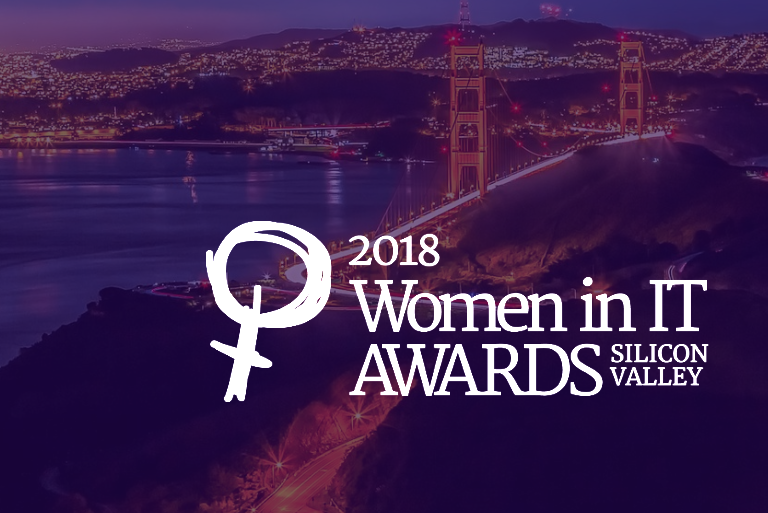 This year has seen the Women in IT Awards’ presence grow across the world, as the issue of gender diversity in the technology sector is not a problem isolated to the UK – it spans all industries in all regions.

Since the Women in IT Awards’ inception in 2015, we have announced events in Silicon Valley, Asia and Ireland, on top of New York and our flagship awards in London. We run two further diversity events in the UK: Tomorrow’s Tech Leaders, a careers fair for female university students, and Future Stars of Tech, which identifies and promotes the industry’s top female career climbers.

The inaugural Women in IT Awards Silicon Valley

“Today I am delighted to open nominations for our latest diversity event, centred in the largest technology hub in the world – Silicon Valley. The Women in IT Awards Silicon Valley is the latest edition of the Women in IT Awards Series, which aims to to empower women in technology and the organisations that support diversity,” said Nick Ismail, Content Editor, Information Age.

“After the success of the Women in IT Awards New York in March 2018, we wanted to expand our presence in the US, with the aim of shining a light on female talent. I strongly encourage you to nominate yourself, a colleague or acquaintance in your network for these awards. Help us celebrate women in technology, and identity female role models and advocates in Silicon Valley!”

For US women in tech, representation stands at 25%, which has steadily declined from 35% over the last 15 years. However, as the home of tech, Silicon Valley comes with its own unique set of challenges, with only 11% of executives being female. Furthermore, the odds of being in a high-level or leadership position is almost three times greater for men than for women.

Despite 57% of women holding all college degrees in the US, several studies have revealed an average of only 17% of women taking computer science courses. In the US women in computer, engineering and science are paid an estimated 79.2% of a men’s annual median earnings, however women in STEM are still earning more than women in non-STEM jobs – in fact they earn 35% more – a figure which should be enough to attract more women into STEM careers. The Women in IT Awards Silicon Valley aims to tackle this issue and readdress the gender imbalance, by showcasing the achievements of women in the sector and identifying new roles models.

Advocate of the Year
A company or person that has gone out of its/her/his way to support the cause of getting more women in IT in the last 18 months.

Business Role Model of the Year
A female business leader in technology who has been an effective role model to other women in the last 18 months.

Start up of the Year
Any female-founded technology business, irrespective of size, that has been trading for more than one year but less than three years (as of May 2018).

e-Skills Initiative of the Year
This award category is open to organisations that have undertaken an initiative that encouraged and helped women and girls to improve their digital skills and consider a career in the ICT sector.

Innovator of the Year
A technology company that has demonstrated outstanding innovation, customer wins and deployments in the last 18 months, in which a woman was integral to that success.

CIO of the Year
A female CIO who has demonstrated particular innovation, IT excellence and leadership in the last 18 months.

CTO of the Year
A female CTO who has demonstrated particular innovation, IT excellence and leadership in the last 18 months. Judges will look at projects and achievements spanning the current organisation or others if applicable, along with examples of best practice, leadership, ROI generated and alignment to business goals

Data Leader Of The Year
A female IT, technology or business leader who has demonstrated successful results in the area of data technology in the last 18 months.

Digital Leader of the Year
A company or person that has gone out of its/her/his way to support the cause of getting more women in IT in the last 18 months.

Future CIO of the Year
A woman who has shown outstanding IT excellence and innovation in the last 18 months and demonstrates signs that she will one day become a successful CIO.

Security Champion of the Year
A female IT security professional whose has demonstrated outstanding work in progressing the industry and/or protecting the company from cyber threats.

Transformation of the Year
An organisation that has undergone a major, and successful, IT or digital transformation in the last 18 months, in which a woman has played an integral part.

Diversity Initiative of the Year
This category focuses on a specific diversity initiative or project that has been established to promote diversity in IT: in a specific company or for the wider community. Judges will assess the impact of this project and how successful it has been – based on tangible results – in closing the gender gap and promoting diversity in tech.

IT Team of the Year
An IT team, led by a woman, that has delivered real value – with tangible business results – to a company. Judges will look at projects and achievements, along with examples of best practice, leadership, ROI generated and alignment to business goals.

Rising Star of the Year
A woman who began a career in technology in the last five years and has shown great promise that she will go on to achieve great things in the industry.

Woman of the Year
The woman who has demonstrated the highest degree of IT excellence, innovation and leadership in the last year, and shone a light on the great things women in IT can achieve.

Entrepreneur of the Year
Open to any female who is influential as a technology business owner or main shareholder in ensuring the company meets its goals, irrespective of size. The individual needs to demonstrate commercial success, plans for growth, how strategies were set and achieved and how innovation is encouraged.

Specialist Investor
Open to both male and females who have made a significant impact on the Silicon Valley venture capital market within the last year, showing support for female founded companies and women in technology communities.

The nominations period is now open and will close on 24 August 2018.

There is no cost to nominate and no limitations on the number of categories a company can enter. All nominations are submitted through the website, where each written submission should be at least 400 words and a maximum of 600 words.