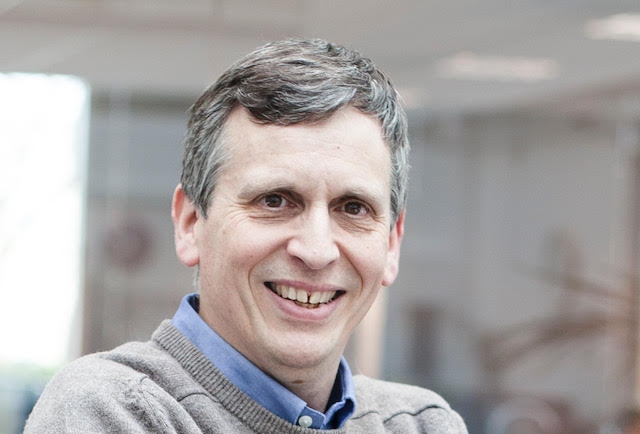 When Paul Clarke was named Tech Pioneer of the Year at the Tech. Awards 2018 last month, in his acceptance speech, he warned the audience against trying to stem the tide of innovation when it comes to AI and technological innovation. Aptly referencing King Canute, who did not believe he could turn back the tide, technological innovation, too, according to Clarke, cannot be ordered about.

Speaking with Information Age, Clarke said: “AI, machine learning and robotics are going to have a very non-linear impact. I think that’s what makes this so different from similar technological revolutions that you can point to in the past.”

In this guide, seven CTOs and AI experts provide their view on what is artificial intelligence; and how they define the technology in the context of business

“I think we need to force ourselves to think bigger than maybe we’re used to doing and that’s true as individuals, it’s true as businesses and institutions, and it’s true as governments as well.”

“It’s the non-linear nature of how those technologies will impact us that means we have to respond in a very non-linear way too. Hence we need some big thinking here; big, joined-up holistic thinking that’s quite disruptive and I think that’s new – it’s not a new skill set but it’s a skill set that’s not in great supply.”

Ocado is now the world’s largest online-only supermarket with over 580,000 active customers; they have also developed an end-to-end operating system for other grocery retailers to use for their own operations.

What it means to be a CTO

In Information Age’s pursuit of understanding the great variety of CTOs that work for technology-led companies, we have identified CTOs with a lot of different priorities. Many focus on the product, others on maintaining the infrastructure, while some described their role as hybrid in nature.

Clarke said: “My mission is to focus on the future, exclusively.” According to Clarke, to do this effectively, Ocado needed to separate the engineering mission for building their platform and the innovation within that from other aspects of future-proofing their business.

He added: “We did that earlier this year. I handed over responsibility for the engineering of our platforms to one of my colleagues on the senior management team, a guy called James Matthews. He’s been in the business about as long as I have — nearly 13 years — and is a software engineer by origin as well. Although he has run other parts of our business in between, particularly general merchandise, he has now come back to an engineering role as CEO of Ocado Technology. His job is to focus on the building and delivery of those platforms, both for ourselves and our international platform customers.”

‘As CTO you are responsible for both engineering and product’

There are many different types of CTO, but the role centres on engineering and product – according to David Weinberg, CTO and co-founder, at Vervoe

This division of labour, according to Clarke, frees up his day to focus on the parts of the business he can add value to. His day-to-day revolves around a combination of things such as research, writing up proposals and bids; as well as managing relationships with partners and governments.

He explained: “I’m not a kind of CTO that is focused on maintenance and keeping the lights on or even IT; I focus on technology, that’s why I’m a CTO, not a CIO. Of course, what we do on the future side in terms of research flows down into our products and our platform so it is joined up but we’re separating the engineering challenge from the forward-facing technology challenge.”

He added: “Ultimately, I focus on the general future-proofing of our business from a technology perspective.” For Clarke, this results in having to keep two core questions close to mind: “How do we incubate the ideas we have which are further afield than what we do now? And how do we explore spinout opportunities for the technologies that we’ve created and will create?”

Another strand of Clarke’s role involves networking and engagement. Clarke needs to think strongly on how they look out for who they should be working with.

He explained: “Creating that mesh network to support the innovation and doing the intersectional thinking, i.e., looking not just at areas like online grocery but looking at radically different areas for interesting opportunities to take perhaps ideas and solutions from other areas and apply them to our own.”

“That’s quite a big part of what I do and it’s why we talk at conferences like Tech 2018. We want to tell the story of what we’re doing with technology and I suppose that leads on to another strand, which is building our technical brand.