On the road to boosting female representation in STEM 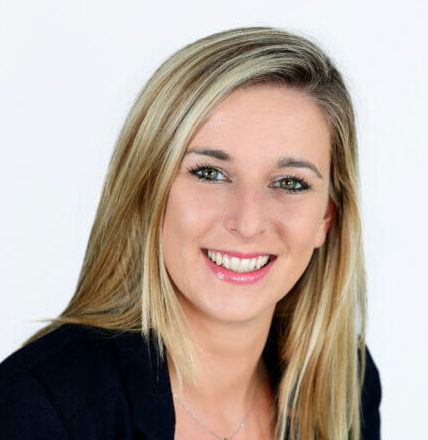 Increasing the proportion of women in STEM industries has received international focus in recent years and, industry leaders are starting to recognise that diverse teams are key to success. McKinsey’s Diversity Wins report in 2020 outlines that the most gender and ethnically diverse companies are more likely to outperform non-diverse companies on profitability. Indeed, to be able to create and sell a product, it’s crucial to understand the market, and to do that you have to represent the perspectives of different ethnicities, genders, cultures and socio-economic backgrounds in decision making.

While attitudes towards women in business may be evolving, this is not translating into improved representation quickly enough. Despite recent improvements to gender diversity in the IT industry, in 2019 women accounted for only 18% of total board members globally. 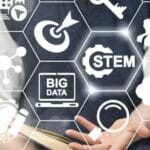 Agata Nowakowska, area vice-president EMEA at Skillsoft, discusses why plugging the skills gap in tech starts at school, and how this can be achieved. Read more

Increasing gender diversity in STEM senior management and leadership roles is reliant on encouraging women to work in STEM full stop, which needs to be addressed at a young age. In a survey of more than 2,500 schoolgirls in Ireland, 85% of girls say they would like to know more about STEM or STEM careers, and 93% of teachers surveyed ranked self-belief in the girls’ ability as a major challenge to the promotion of STEM. To address both of these points, it’s important to showcase the diversity of roles that come from STEM careers, tell the stories of successful women and develop the confidence in the younger generation so they see what an exciting, diverse and rewarding journey a career in science or technology can be.

This is something that government, industry and academic bodies in Ireland are proactively addressing. Across the country, academic institutions are eager to produce graduates with the skills and calibre that industry needs to increase their students’ employability. Universities and Institutes of Technology in Ireland regularly engage with industry on syllabus content and the government continually analyses the future of industry and ensures education can fulfil industry requirements too.

This collaborative effort linking education and industry in Ireland extends to encouraging girls to study STEM subjects and empowering them to pursue scientific careers. By involving children and young adults in an engaging, welcoming way, Ireland’s numerous initiatives – including free coding and computer science workshops, women in STEM careers events and investigating the science behind global facts and issues – can help to open girls’ minds towards studying sciences at an advanced level. These programmes support young women in developing the self-belief that they can succeed in science or technology careers, so that they don’t close doors for themselves at such an early age.

Encouraging women from non-scientific backgrounds who want to move into STEM careers, is also critical when it comes to closing the gender gap. Ireland offers excellent opportunities for professional women to upskill and cross-skill through Skillnet Ireland, Springboard and other programmes, in multiple areas relevant to technology. Combining both new and existing skills that they have honed during their careers to date makes for a compelling competitor.

Once women have studied and developed skills throughout their career in the technology industry, how do you ensure they progress in their career or are able to return and develop following a gap in employment? So often, women only advance their careers to a certain point due to limited opportunities to progress, care-giving commitments, lower salaries and many other reasons.

These issues are partly down to having an enabling leadership and inclusive culture. Leadership teams that aren’t representative of a current or future workforce, in the context of diversity, often fail to recognise all the challenges and support needed to enable ongoing participation and progression. This could mean flexible hours, remote working, equal pay, training and benefits, but it’s about creating an environment where women feel valued, confident and, ultimately, feel like they belong and can thrive.

Unconscious biases and discrimination still pollute male-dominated work cultures, which can impact women’s ability to be themselves and speak up when they’re treated badly. Indeed, a Studio Graphene survey of the UK technology industry revealed that 49% of women have experienced discrimination in the workplace and 20% have resigned in the past because of discrimination or harassment at work.

To attract and retain female talent in technology, increased promotion of women into senior management and leadership roles is essential so that women have appropriate representation, a supportive female culture and role models to pave the way for them to succeed. The 30% Club Ireland, is helping this issue by promoting women’s representation in senior management and supporting female talent with several programmes. Women Mean Business is another organisation that celebrates and publicises female entrepreneurs and businesswomen, connecting women and recognising their contribution to Ireland’s economy and society. Meanwhile, TechLifeIreland annually highlights female founders and investment into female led start-ups in Ireland – this year crossing the target of €100m in a single year.

Seeking out support to elevate one’s own career is important, and mentoring is one such avenue for this. Ireland offers some brilliant networking and mentoring opportunities for women working in technology, in addition to further training and returner programmes. Women ReBoot and Women Returners are fantastic examples of the initiatives available in Ireland that help develop women’s skills, competence and confidence to re-engage with technology businesses after a career break.

Organisational leadership should reflect its teammates, the communities in which it operates, and the customers it aims to serve and win. As well as improving the proportion of women in senior management and leadership roles to support and represent women in STEM, it’s important that this diversity is visible to younger generations, so that children have positive examples and clear career paths to follow. There is still lots of progress that needs to be made to improve gender diversity, but with its numerous initiatives that support future and current businesswomen in STEM, Ireland is on the right path to supporting greater diversity and setting the right example.