The role that data will play in our future 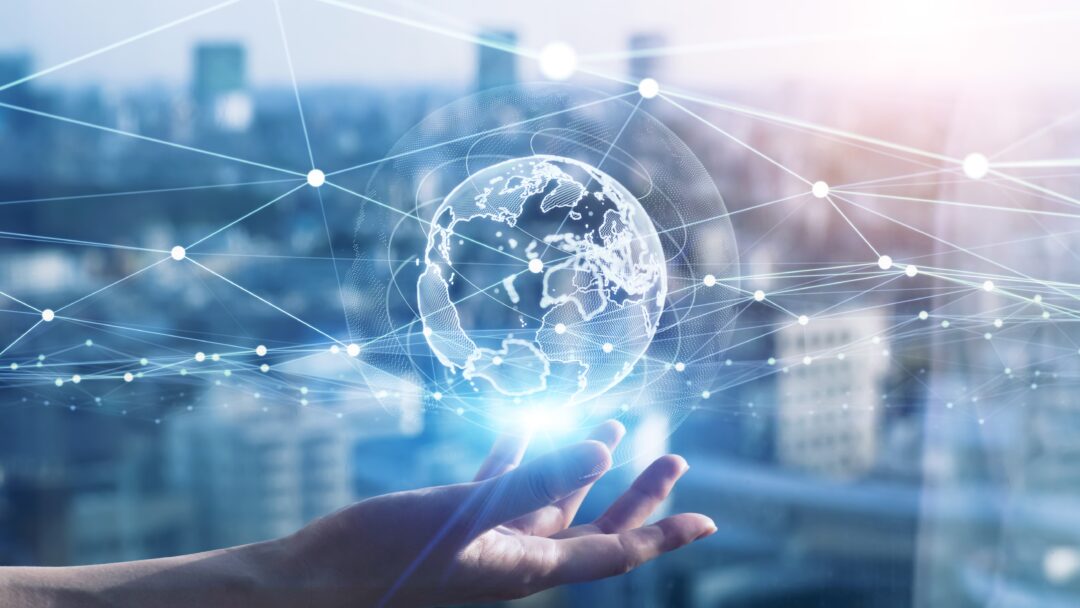 Bruno Lanvin, co-author of The Future is Young, discusses the role that data is set to play in the future of business and society

Data is not the new oil. It is the new air. We breathe, generate and consume data through every step we take, and every interaction we participate in. Our societies, our organisations — private and public — are undergoing accelerating processes of digital transformation, in which value is created and shared in ways that were unconceivable just a few decades ago.

Against this rapidly changing background, data is the core of two paradoxes: on one hand, it is both scarce and abundant, and on the other it is simple to produce, but gives rise to issues of unprecedented complexity. This unique combination has deep implications for our future readiness.

Scarcity and overabundance: two faces of the same coin

According to a Global DataSphere update from International Data Corporation (IDC), over 59 zettabytes (ZB) of data were created, captured, copied, and consumed in the world in 2020. Even though more recent estimates differ, it is clear that the pandemic years of 2021-22 have seen a spectacular growth in data flows, due in part to the new work and entertainment practices that stemmed from lockdown policies. Another study by IDC — entitled ‘Data Age 2025’ — predicts that worldwide data creation will grow to 163 ZB by 2025. This is about 10 times the amount of data produced in 2017. The total size of the dataverse more than doubles every two years. As a result, from 2010 to 2020, it is estimated to have grown about 50-fold.

This explosion of data needs as much computing power as we can throw at it. That is why engineers in the 2020s hope to bring the processing capabilities of machines to that of the human brain. Neural networks are expected to be one of the ways in which this metaphor will take a different meaning, as artificial intelligences start to spew their own data flows. As Moore’s law seemed to be approaching physical limits related to size and energy, advances in quantum computing and memory support (e.g., DNA) are giving it a new lease of validity.

So, how can data be seen as a scarce resource as we hardly seem able to produce the technology to make sense of the ones we have? In an ideal world, data analytics should deliver the right insights to the right decision makers at the right time and in the right format. Its impact should be strong and clear. But in reality, meaningful data sets that accurately capture current trends and help us benchmark, predict and plan remain few are far between. Too many organisations have been tricked into believing that they can only extract valuable data from more data combined with more computing power. Data is overabundant, but good data is a rarity.

To solve this first data paradox, we need to take a step back, and consider the non-technological aspects of the conundrum.

Overcoming data issues is not just about technology

When asked to identify ways in which the future might differ from the present, many would consider technology as the key driver of change. This view is fundamentally flawed: never before today has the human component of our actions and strategies been more crucial, and more vital to our future. Once we acknowledge that fact, we realise how important talent and education are, and why younger generations are the key engine that will guide us closer to a humanly desirable and sustainable future.

In the meantime, however, we need to address data-related issues in a practical and efficient way. A first step is to acknowledge the second data paradox: data can be strikingly simple to collect and process, but unavoidably raises complex issues. Most of these boil down to three words: trust; governance; and inclusion.

Every year since 2001, the Network Readiness Index (NRI) offers a benchmarking of how national economies fare in terms of digital readiness, adoption and usage. As this report has repeatedly underlined, citizens; corporations large, small, and central; as well as local governments will only be comfortable with digital tools and environments if they can enjoy safeguards in the following areas:

In this context, the meaning of cyber security has been significantly broadened. From a set of policies and tools against cyber criminality, it has now come to encompass notions such as confidentiality and privacy. Highlighted by recent scandals (e.g., Cambridge Analytica), the importance of such approaches have been growing. This is still a work in progress, but it is seen as essential to enhance (and sometime restore) the level of trust necessary in a data-driven world.

Raising trust levels cannot be addressed in isolation: it requires high-level governance principles and guidelines. Governance frameworks (including data governance ones) must be in place if societies are to anticipate and shape the impact of emerging technologies. Their absence would create scenarios where the digital revolution, like all revolutions, eventually devours its own children. The realisation has emerged that if we are not able to leverage technology for bringing out the best in humans, we are potentially headed for scenarios in which society is fractured and some of our core organisational principles, such as democracy, can be perverted.

The COVID crisis turned the digitisation priority into a digitisation imperative. In parallel, new tensions have appeared that could lead to a splintering of the Internet (splinternet), for example. Some would even argue that the metaverse that we seen emerging in front of us is already splintered from the start, and that its rapid far-west-style growth will lead to intractable issues if some sort of guiding principles are not adopted soon.

The same can be said about on-going efforts to provide similar principles for the development and use of artificial intelligence (AI). As the text wave of innovation starts shaping (the one that will take us from digital transformation to deep science evolution), we will find it all the more difficult to provide the right answers that we have not been able to identify nor formulate the right questions yet.

Anticipating the effects of COVID, Ukraine and the return of inflation

As underlined earlier, the pandemic emphasised our reliance on data and dataflows. Since a significant proportion of the habits and practices during those exceptional times will not ebb away, the data boost that individuals and organisations experienced will be part of the new normal. Some of the negative sides of this trend, however, will need to be corrected, especially from the point of view of inclusion — being offline should not entail disenfranchising — and reduced inequalities, such as in the case of poorer economies and regions with a stiffer slope to climb in terms of digital transformation.

Renewed geopolitical tensions in Ukraine and Southeast Asia have also started to have clear repercussions on the datasphere. Some are indirect, such as disruptions in supply chains, slowing the development of data-intensive productions in the automobile, aviation and capital equipment sectors, for example. Others have been more direct and profound: the collapse of multilateral disciplines (WTO-style) has been mirrored by a rapid resumption of tendencies to split the internet. Under the flag of ‘resilience,’ old nationalistic and protectionist attitudes have received new energy and support. It is clear that if data flows become restricted internationally (e.g., for reasons of national security) and re-organised along the lines of a splinternet (Russia and China developing their own set of secure servers and domain name registers), significant amounts of duplications and data providers would occur.

Last but not least, the return of inflationary concerns contains the germs of stagflation: in a context in which data flows will not produce as much productivity as before, the recipe for ‘too much money chasing too little value’ would start concocting itself. The possibility of a post-COVID ‘K-shape recovery’ (i.e., one in which some sectors, organisations and professional profiles benefit strongly while others suffer brutally) takes a new — and worrisome — dimension. It is still time to call on decision-makers to acknowledge the threats outlined here, and take action to prevent the worse from happening.

Data is our new air. It needs to flow freely and remain breathable.