Skip to content
Home » Sectors » Media & Marketing » Let scientists be scientists, and IT worry about production

Let scientists be scientists, and IT worry about production 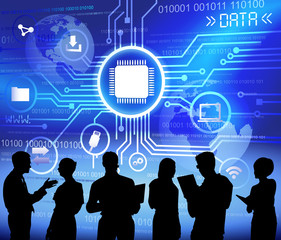 Imagine being a data scientist who has just finished building a model you spent weeks on. You believe it’s the next best thing to solving your company’s most current problem. All you have left to do now is send your model over to IT for deployment. Right as you’re about to take a sigh of relief and move onto your next project, IT returns your model back to you with changes that must be made.

There’s nothing more frustrating than spending weeks if not months on building a model, just to have IT state that they cannot use one of the main libraries or packages in the model. This is unfortunately a very common scenario for many data scientists.

Data scientists are not the only ones who face burdens and frustrations within their work. IT is continuously given models that they cannot deploy, because the creation environment is different than production environment. This distinction causes IT to constantly push back the models they have to deploy, further delaying the projects they need to complete. This results in IT becoming stretched too thin.

Data scientists focus on building a well-performing model, and IT puts their attention towards deploying models successfully into production. Due to these different responsibilities, it is no surprise that they would utilise different tools and languages to complete their tasks. Unfortunately, these differences in production create many obstacles and delays for data scientists and IT.

From a glance, it may seem as if data scientists and IT never get along, and that their work environment is not the most efficient. This observation is true in certain aspects. After so many models are turned back to them, data scientists may either give up completely on their model or leave it behind as they are reassigned to a new project. Data scientists become less enthusiastic when they’re assigned new models to create, and IT becomes frustrated when they are given more models they can’t deploy. Overall, company culture within this workspace may not be the most productive or satisfying.

Although there may be conflicts, data scientists and IT rely heavily on one another. Together they have the capability and expertise to build incredible and innovative models that can solve some of the most challenging problems for today’s companies.

Some challenges include Lives weigh in the balance in healthcare. In finance the models help reduce risk and enhance profit. In insurance these models are critical to underwriting, investment and risk management.

Ultimately these models are making the difference between profit and loss. Or a satisfied customer. Or someone living or dying. All they need is a solution to help their workflows run more smoothly.

Having products and tools in place with this technology as a focus point, enterprises are put in a better position to make analytic deployment a core competency vital to competing successfully in today’s business environment.

The industry desperately needs to address these emerging problems of analytic model deployment, in every industry. As organisations continue to gather massive data sets and develop more advanced analytic models to extract value from them, they are increasingly encountering barriers to production deployment, scale, and servicing.

Software focused on analytic deployment to enterprise production environments is needed to enable Analytic and IT team success that drives ROI for their businesses.