Skip to content
Home » Topics » Smart Cities » How to secure quality of life in the smart city?

How to secure quality of life in the smart city? 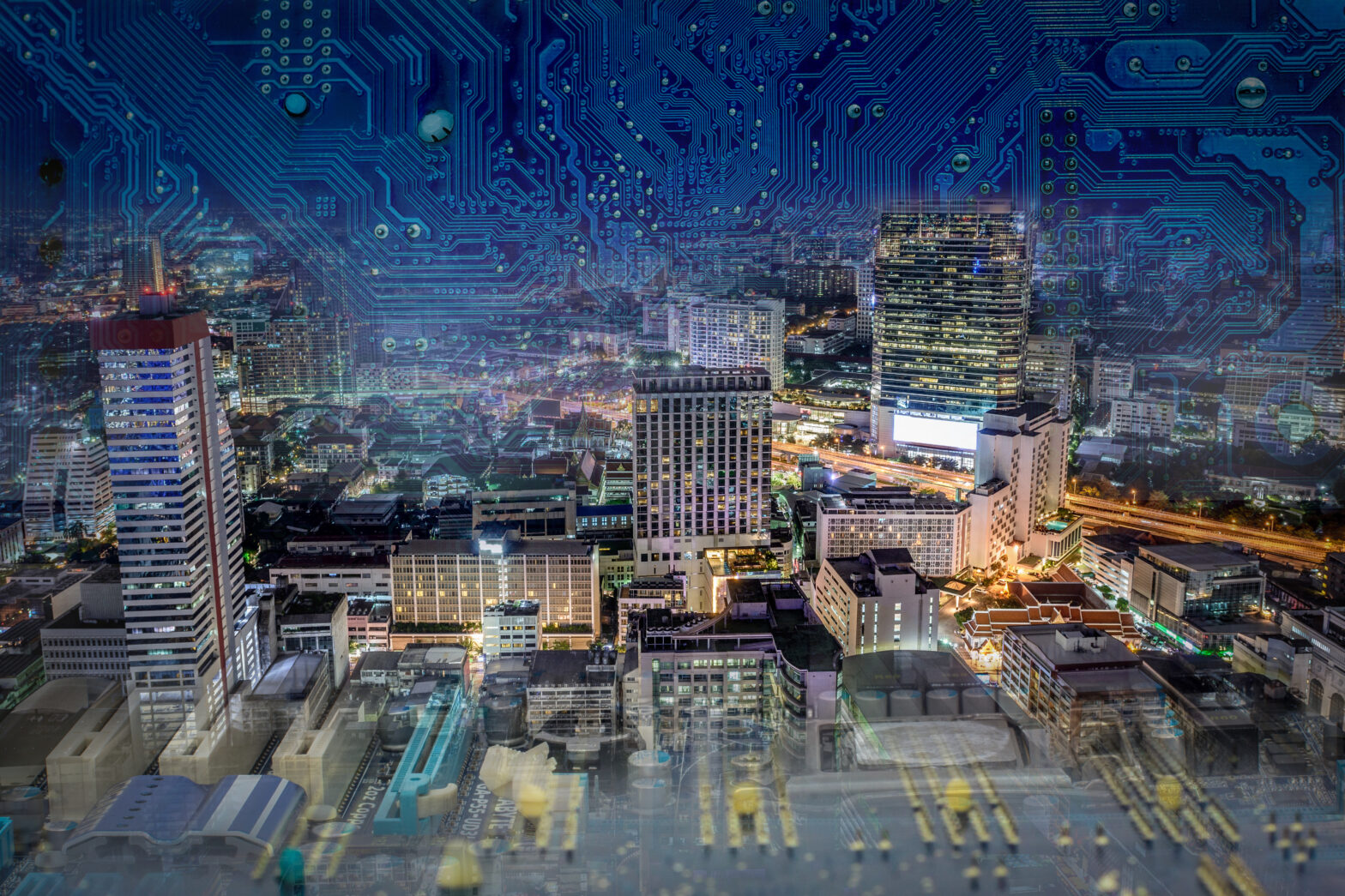 When viewed as a whole, the modern city is defined both by its diversity and its density, with significant numbers of people living and working across vast spaces and at all hours of the day and night. The magnitude of the city means that it is almost impossible for city planners and managers to truly understand “what is going on” as a whole, given how complex and dense cities are. But, citizens’ interaction with connected services can be visualised and analysed – and in some ways, this is arguably what defines life in the modern city.

Over the course of a day, those living in cities interact with a wide range of people and services in order to go about their everyday business. For example, we all interact with utilities such as water, electricity and waste disposal which are essential for the basic aspects of normal life like washing, eating, drinking and working. As well as this, transport networks ensure that people can move around the city and must be run in a way that ensures that travel is efficient and doesn’t produce too much pollution.

Furthermore, public safety systems are essential for gathering information on emergencies and crime, and of course for stopping disturbances. If any of these services are disrupted, living in the city gets harder and negatively impacts upon quality of life.

As defined by the European Commission Directorate-General for statistics, Eurostat, quality of life is made up of eight dimensions. These include quality of health, education, the environment (both natural and material) and security (both economic and physical). It’s easy to imagine how, for example, severe delays on a metro network or water supply can negatively impact people’s ability to work or wash and be healthy, and so will reduce their quality of life.

As well as this, some disruptions can lead to extremely dramatic incidents. For example, in 2015 the city of Amsterdam lost power for more than two hours, which shut down the city’s metro system, caused power lights to go out and trapped people in elevators. As reported by AFP and Reuters, television pictures at the time showed “trams stopped in the middle of busy roads”. As well as this, thousands of commuters were stranded in the mid to late morning rush. However, even small disruptions such as late buses or noise pollution add up over time, slowly eroding public trust in public services.

In essence, an extremely broad range of customer-focused services should work in a way which secures them against both massive disruption events and everyday inefficiencies.

How cities can actually do this is the billion dollar question. As has often been observed, connected technology and the smart cities movement has a vital role to play in this process.

Connected technology has huge potential to improve the wellbeing of those living in cities, and already is making an impact across the globe, but it is essential that these technologies are able to deliver quantifiable improvements to quality of life, rather than simply acting as PR gimmicks.

The best way of doing this is by making the little things matter in smart cities projects and paying close attention to intelligent collection, monitoring, and sharing of data to ensure that everything is always running smoothly.

Data collection is very much at the heart of any smart city project. For example, when the MIT Sloan Business Review looked at Amsterdam’s Smart City initiative, they found that the first step of the program had been to take a massive inventory of the city’s built environment across 12,000 datasets. After all, to effectively deploy digital technologies in order to optimise city services and deliver improvements to the lives of citizens, the city itself needs to be digitised, as do the buildings and utilities within them. This is undoubtedly a time consuming process, as many strategies that utilise big data are, and accurately keeping up with the pace of live data is very difficult.

However, emergent remote sensing technologies like LiDAR (light detection and ranging – a technology capable of quickly capturing detailed environmental scans) are likely to speed this process up exponentially.

>See also: What are the best smart city projects

Intelligent monitoring and analysis of these kinds of highly detailed records is imperative and is the key to actually making the data useful rather than overwhelming. For this reason, effective visualisation is critical, as is combining static scans of cities with real-time, dynamic data from connected IoT devices such as bins, smart energy grids and street lights.

These methods can help critical service organisations spot unexpected changes and anomalies in data, and can also help to provide cities with real-time warnings that could suggest an imminent disruptive event. The threat of cyber attacks is a key example, and arguably this is one of the biggest threats facing smart cities today due to these cities’ inherently connected nature.

Moreover, nowhere is this threat currently larger than within the energy grid. For example, the US recently blamed Russian Nation State hackers for a campaign of cyber attacks targeting the US energy grid and famously, in December 2015, the Ukrainian power grid was hit by a massive cyberattack that disrupted the electricity supply to end customers.

If organisations were able to monitor voltage from electricity substations in real-time via interactive models of the city, a potential attack on a certain location in the energy grid could feasibly be spotted through sudden drops in voltage. This would allow cities to optimise the response to attacks and quickly roll out resolution tactics, such as quickly and constantly communicating with residents affected by outages. In summary, data visualisation allows more efficient decision making during times when making the correct choices could make the difference to quality of life, and even the life or death of citizens.

However, monitoring will only work to optimise and secure the quality of citizens’ lives if governments, private organisations and systems are working in ways which encourage data sharing. The IT systems that are used to monitor and analyse data generated by city systems are often designed in a highly siloed manner, creating inefficiencies and bottlenecks in critical data sharing.

Oslo’s bus system provides an example of how this issue can be overcome. Their system is already incredibly efficient thanks to continuous attention to the design of buses as well as the systems that make them work, but it was recently reported that Ruter, the city’s mass transit company, wanted the system to do more than simply transport people effectively.

Instead, Ruter intends to use the array of environmental sensors on-board their buses to gather data on pollution, traffic and other factors that can be made available to other companies and organisations in the city. However, the buses’ on-board systems do not currently interoperate because the multiple products were supplied by separate providers.

Therefore, a key prerequisite to Ruter’s planned smart city data collection is that they ensure all systems can work together by committing to the use of open standards. This project will mean that everyone who lives in the city stands to benefit from its transport system, even if they never set foot on a bus. The value this project will generate is almost limitless – from optimising traffic to working to reducing noise pollution, it will no doubt improve Oslo citizens’ quality of life.

Moving forward, Ruter’s project should act as a role model for other developing smart cities, as it demonstrates how holistically sharing data between services is absolutely key.

Efficient use of data and effective visualisation of data can help minimise the effects of disruptions, including cyber attacks, enhance decision making, and continuously improve the city and boost quality of life.